The ruinous pokemon could prove to be quite difficult to counter due to the fact that they’ve got great abilities backed by powerful stats. Ting lu is a part of the ruinous pokemon family, and we got to say, it could prove to be pretty difficult to counter it at times. Like some other Pokémon, Ting-lu has got great offensive stats, as well as the fact that it reduces the offensive stats of opponents.

The pokemon does have some weaknesses; however, it takes more than to just knowing the weaknesses of a pokemon to defeat it, especially in this case. Hence, in this article by Frondtech, we’ll be guiding you with Ting-Lu’s weaknesses in Pokemon Scarlet and Violet. Here it is: 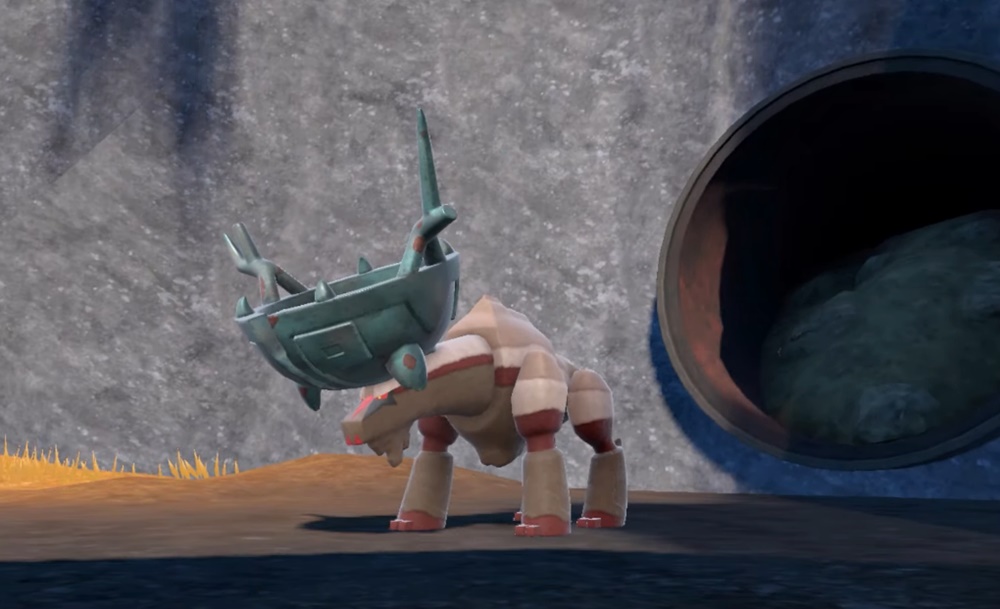 Ting-Lu is a Dark/Ground-type Pokémon which automatically makes it immune to Psychic and Electric-type attacks.

Due to the fact that it’s a dark/ground type pokemon, it is weak to Fighting, Water, Grass, Bug, Fairy, and Ice-type moves, so that’s the direction we’re headed in for starters. It’s also vulnerable to pokemon that have flying or levitate abilities.

Keeping in mind the weaknesses, we also have to cover the strong points that need to be considered. For starters, Ting-lu has high attack, and defense, and to back it all up, high HP too. Another ability to be considered is the Vessel of Ruin ability which lowers the opponent’s special abilities, making it tougher to take Ting-lu down.

Now, the actual weakness that can be focused upon to take down Ting-lu is the movement speed. Ting-lu has a really low movement speed, and due to the same fact, Iron Bundle could prove to be very helpful in this case. Some might consider it overkill, too.

Since Ting-lu is technically a complete package as a pokemon, what you’ll want to do in order to have the best shot to counter it, is to get the highest possible amount of defense and HP as the special attack won’t be very helpful.

Some excellent picks against Ting-lu would be Wash Rotom and Cloyster. They might not be able to take it down in one blow; however, they’ll make sure you last as long as you possibly can in the battle.

That’s everything you’d need to know regarding Ting-lu’s weaknesses in Pokemon Scarlet and Violet! For more such guides, stay tuned to us at Frondtech!

Check out the other Legendary Pokemon in Scarlet and Violet: