The Ascent stuttering fps drops – Are experiencing stuttering and fps drops in The Ascent? Don’t worry, you are not alone. Here is a guide that might potentially help you.

The Ascent – How to fix Stuttering and FPS Drops

Developed by Neon Giant, The Ascent is a twin-sticked shooter and is presented from a top-down view overlooking the environment. The Ascent includes the ability to aim both high and low on enemy targets. This allows the player(s) to differentiate between shooting enemies closer or further away. It also acts as the cover system, as the player can aim at enemies over the top of props in the environment. The character’s appearance is fully customizable, and you can even give your character new abilities and skill by augmenting it with cyberware upgrades.

I was actually waiting for this game ever since I saw the trailer back in 2020. The game looked extremely impressive back then. And now that it is finally here, I am going to enjoy it with my friends as much as I can. If you didn’t know, Neon Giant is an indie studio and The Ascent is most likely their first big project. But I have to say, they have done a tremendous job. So far, The Ascent has managed to get great reviews, and the players are also enjoying the title.

The problem is, the game suffers from stuttering issues. You will find plenty of posts on the Steam discussions page of The Ascent, where the issue of random stutters and fps drops have been mentioned many times. Look at this post by a Steam user:

Constant Random stutters?
Anyone suffering of this? Tried to restart the pc after trying the game and somewhat looked like it was solved, but everytime theres something exploding, game freezes for like a second or two.

The good thing is, the developers have been super active on the forums. One developer actually immediately took the time to explain the situation. Here is why the game is stuttering or freezing:

We are working on a fix for this as we speak. The stutters should only happen the first time something happens, so restarting will not help, it’s caching the shaders. (which it then keeps forever)

According to the devs, most of the stutters and freezes are going to take place when a scene loads up for the time. It won’t happen once the graphics are cached. But here are some things you can do from your end. 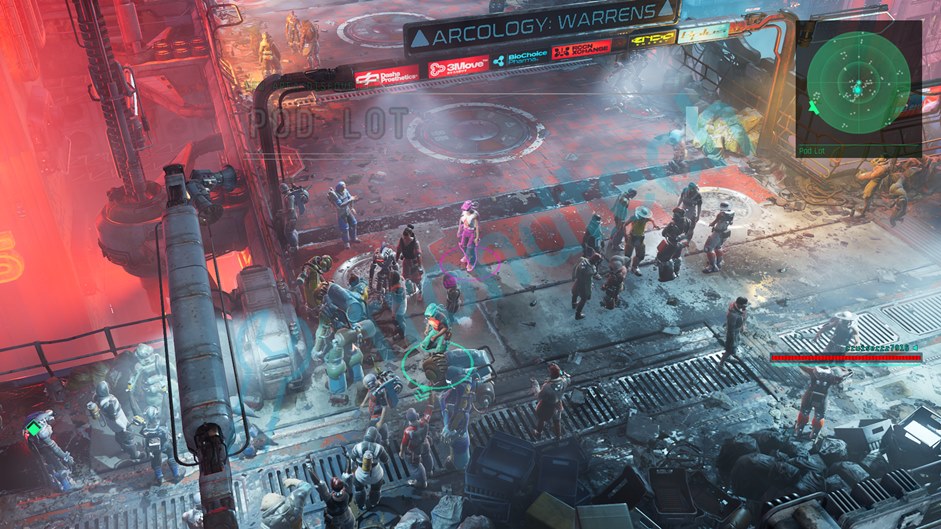 How to fix the stuttering

If you are using a decent CPU and GPU and you are getting decent FPS in the game. Then I would suggest that you limit the frame rate of the game. The game has no option to cap fps, so I did it using Nvidia Control Panel. Here is what you need to do: 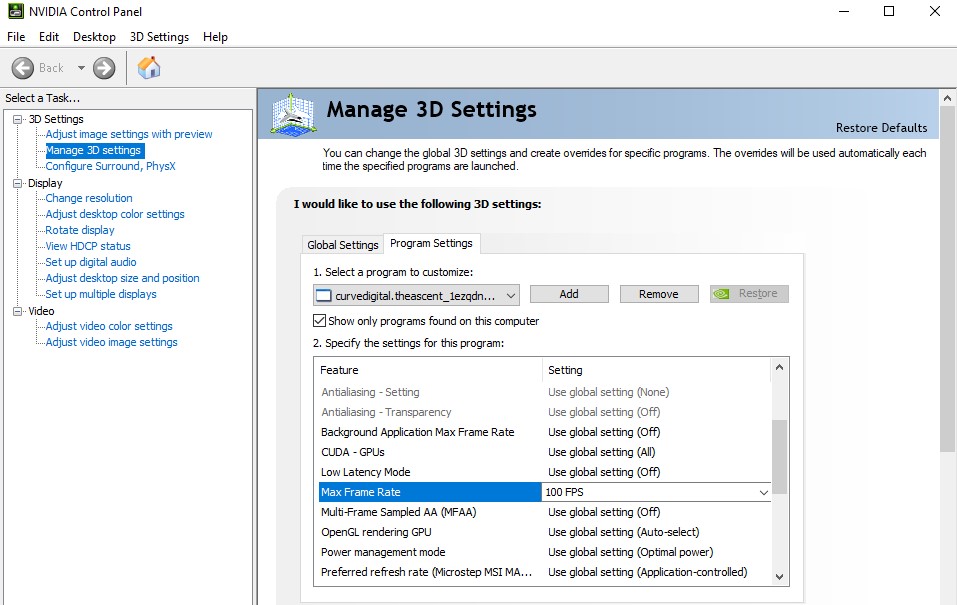 Apart from that, you can set the DirectX setting from the Graphics menu, to DX11. If you are playing the game on DX12, obviously.

You try lowering down your graphics settings. I am seeing that a lot of people are playing on Ultra. People often speculate that games that have a top-down view are not demanding. Sadly, that is not the case with The Ascent. You need a Ryzen 5 3700x paired with a RTX 2080 and 16 GB ram, to play the game at 1080p 60 fps on ‘High’ settings. And the ‘Minimum’ specifications would only allow you to play the game at 1080p 30 fps on the lowest settings. This should clear things up in my opinion.

Finally, close demanding applications that might be running in the background and turn off all sorts of overlays. The devs have already said that a patch is on its way. So I am sure that these performance issues would get fixed soon.

If you think this guide has helped you, then let us know in the comment section below. Also, If you have found a fix that is guaranteed to work then also you can comment below. We will put it on this article. Good luck!