Solar Beam location scarlet violet – It goes without saying that having trained your pokemon the best possible TMs that you could, would get you the upper hand in battles.

Trust us when we say this when you reach a certain point, the battles tend to get harder, and it becomes essential to have every advantage you possibly can.

Specifically talking about grass-type pokemon, one essential move would be the Solar Beam TM.

Once acquired, your pokemon would be able to fire solar beams, non-stop. This is a very powerful move that is a must-have.

Hence, in this article by Frondtech, we’ll be guiding you as to where you can find the Solar Beam TM in Pokemon Scarlet and Violet. Here it is:

The majority of TMs are found spread wide across the map. Some are difficult to find, however, some could prove to be easily accessible.

The Solar Beam TM is quite easy to find, in fact, as it can be seen levitating in plain sight near Porto Marinada. Here is the exact location: 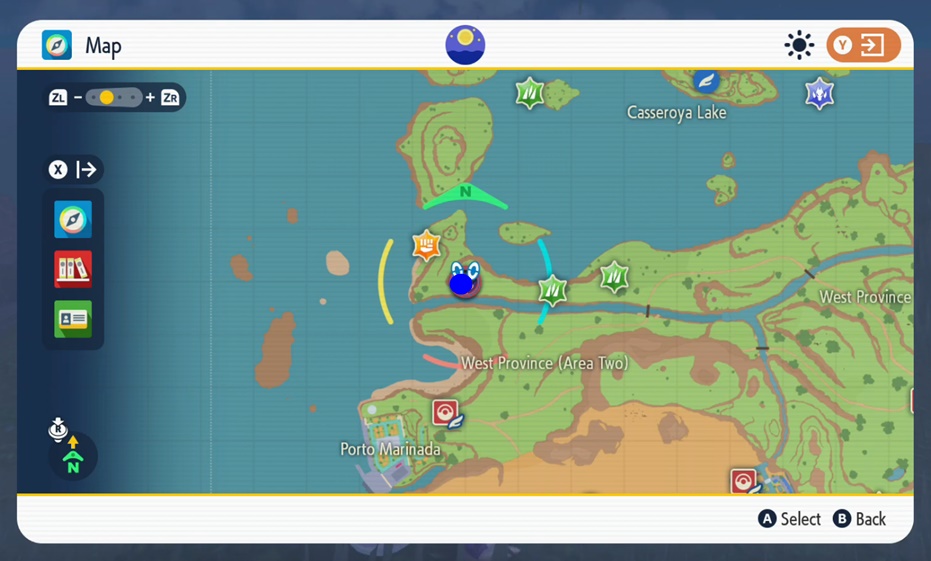 The time that you’ll be able to unlock this TM would be just before you’d be able to fight the water-type gym leader.

Now, to get your hands on the Solar Beam TM, all you got to do is head north from Porto Marinada and cross the river that you’ll come across along the way. Once you do the same, you’ll spot a small plateau, climb it, and you’ll find a Gold Pokeball just resting in the same location. Collect it, and you’ll have the Solar Beam TM.

Now that you’ve got the TM, to make copies of the same, you’ll be required to acquire some items from certain pokemon.

You’ll need to acquire some materials from a Tropius, a Bounsweet, and finally a foongus. Once you’ve got the same, simply head to any poke-center, then to the TM machine in it and make copies of the TM using 12,000 additional LPs.

The price might seem a bit absurd, however after you’ve acquired the free TM, you’ll only have to craft one of these TMs once to teach your pokemon the move, and once you’ve done the same, you could then move forward looking for other TMs such as Earthquake or Blizzard, that you could teach your Grass-type pokemon.

Some pokemon might actually learn these moves by simply leveling up. However, you might be able to teach the particular TM to a Pokémon who could potentially benefit from the move and won’t be able to unlock it by leveling up.

That’s everything you need to know about where you can find the Solar Beam TM in Pokemon Scarlet and Violet!