Sniper Ghost Warrior Contracts has finally made its way to the release date across all platforms. The game has managed to get mixed reviews from the community and some decent ratings from the reviewers. These type of games might not appeal to everyone but it is very clear that just like the previous versions this Sniper title would also be enjoyed by the fans.

Now, the performance of the game is okay on PC. But if you are not using the graphics or video settings that suits your system. Then you might experience some lag and fps drops.

It is understandable that not everyone is sitting with a high end gaming PC. And this is where PC gaming comes into play. Every single PC game offers in-game graphics settings that can be tweaked in order to flush out the best performance. And this specially goes for those who have low end gaming rigs.

If you make a habit of tweaking in-game graphics or video settings of games before you go ahead and play them. Then, not only you would get a smoother experience but it would also get rid of performance issues like lag, random fps drops, freezes, stuttering, etc. Same is the case with Sniper Ghost Warrior Contracts. Lets see if it is possible to make this game run for people with low end graphics cards by tweaking the in-game video or graphics settings.

It is always recommended to run a game on a medium end gaming rig if you want to find out the best combination of graphics settings for the game. There is no point in running benchmarks on gaming rigs with high or enthusiast level graphics cards. Because lets be honest, every single game will run smoothly on a RTX 2080 Super or a RX 5700 XT.

You would expect that the system requirements of Sniper Ghost Warrior Contracts won’t be that high. But that is not the case, the game is in fact a bit demanding. We still went ahead and ran it on a very basic and mediocre gaming PC. Here are the full specifications of our rig:

The graphics or video settings we decided to go with: 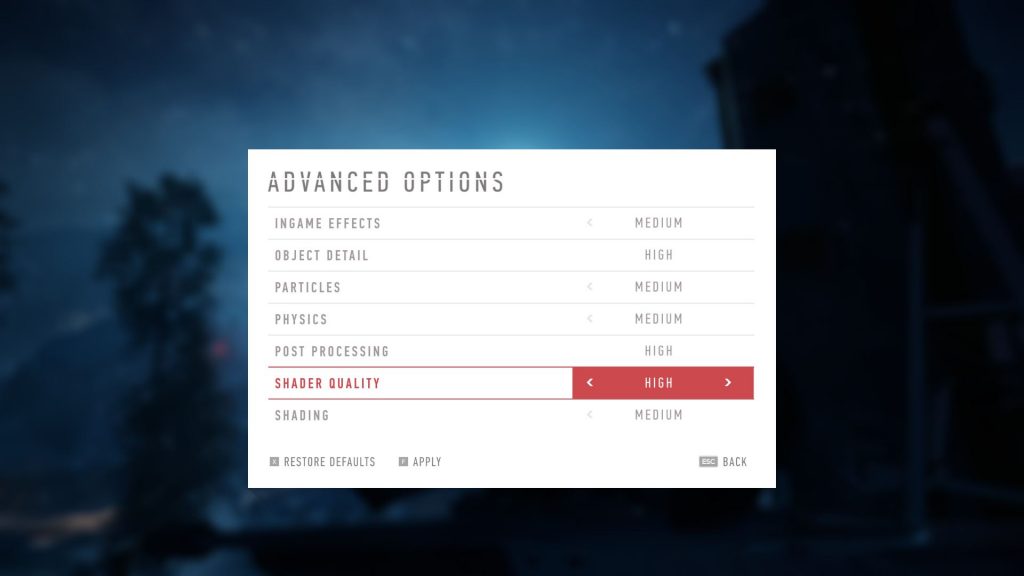 Even on a GTX 1650 this game was struggling to hit constant 60 fps. The fps was hovering around 50 fps and at some instances even dropped below 40. Make sure you have a graphics card that has more than 2 GB VRAM. We tried running Sniper Ghost Warrior Contracts on a GTX 1050 2 GB. And we have to say that this game is not properly optimized at all at the moment.

We were getting somewhere 30-40 fps which a lot of you might consider good. But the main problem was the random freezing and stuttering that we were experiencing. Sniper titles are all about precision and if your game constantly stutters then forget precision, you won’t be able to even land your shots on the enemies properly.