Silicobra location scarlet violet – Silicobra is a Ground Pokemon you will find in Scarlet and Violet. This Pokemon will evolve into a Sandaconda once it reaches level 36. It is a Sand Snake Pokemon that falls under the Field Dragon Group. It has a medium Fast EXP Growth rate with a catch rate of 255 and a base friendship of 50. The Pokemon earlier appears in Sword and Shield Pokemon game.

So if you are interested in having this Sand Snake Pokemon in your Arsenal, this article will be the perfect one for you.

Silicobra can be found at any time of the day in Biomes like the Desert and Mine. These Pokemon are more common in Desert areas than in the Mines. Remember that both regular and shiny versions of this Pokemon are available in Scarlet and Violet.

These Pokemon can be found in habitats like the:

Here are the locations: 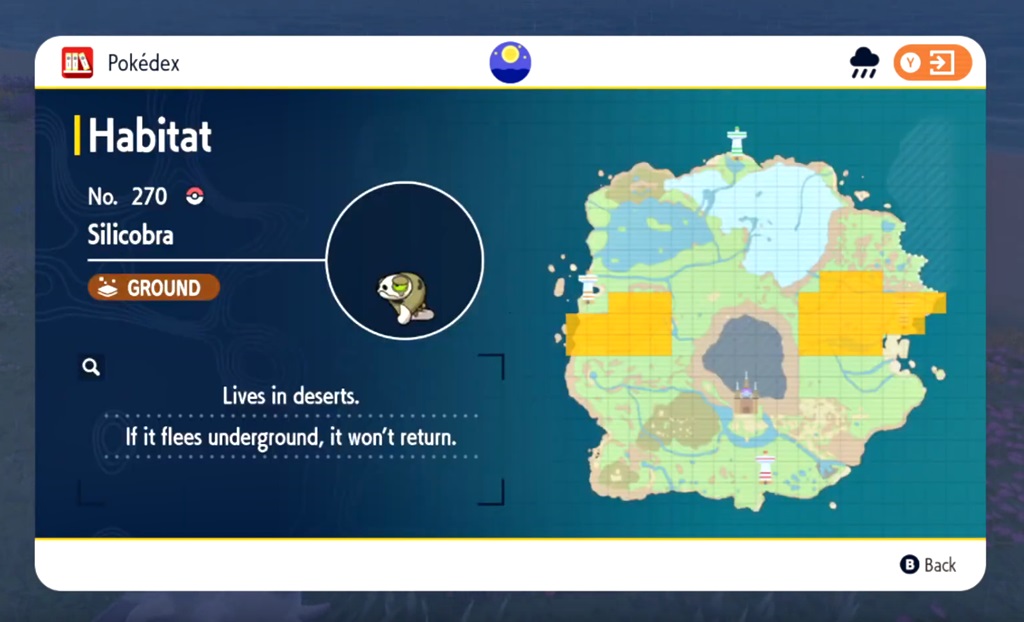 How to defeat Silicobra in Pokemon Scarlet and Violet

Silicobra is a Ground Type Snake Pokemon. If you wish to take it to battles with you or are facing one of them, it is essential to know everything about its abilities, weakness, resistance, and immunities.

These are the abilities of Silicobra Pokemon in SV.

The Silicobra is weak against Pokemons and movesets like:

It can be normally damaged by:

It can resist attacks like Poison and Rock while being immune to Electric.

You can terastallize this Pokemon to get a 1.5x damage bonus to all its Tera Moves. Use Natures like Adamant to increase its Attack Stat and Impish to increase its defense stat. However, your Special Attack stat decreases when using Natures.

This Pokemon drops off a Silicobra Sand TM Material which can be used to get Sandstorm and Earth Power.

Silicobra is one of the best Snake Pokemons you can have, and it can be evolved to Sandaconda by using Exp Candies, Rare Candies, and Meal Power, which will help level up Silicobra faster.

So this was about How to get and defeat Silicobra in Pokemon Scarlet and Violet.