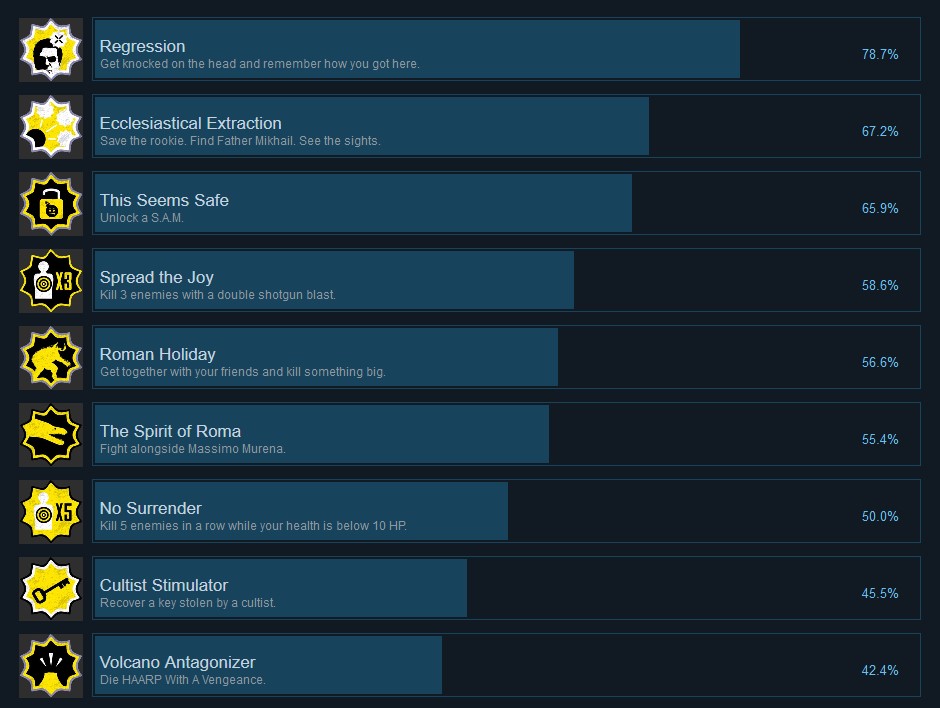 Earn these achievements through player action and not missions / level completion.