One of the most anticipated RPG games of 2021, Scarlet Nexus is finally here and, so far, the game has had a terrific launch. You can easily tell that by looking at the reception is got from the community.

Scarlet Nexus is a third-person ARPG where players can assume control of either Yuito Sumeragi or Kasane Randall, members of the Other Suppression Force (OSF) who are tasked to defend New Himuka from creatures known as the “Others”.

Don’t get me wrong, Scarlet Nexus is an awesome title, and it deserves all the praise it is getting. But that doesn’t take away the fact that it has it’s fair share of performance issues. This guide will show you some steps to fix the crashing and launch issues in Scarlet Nexus. 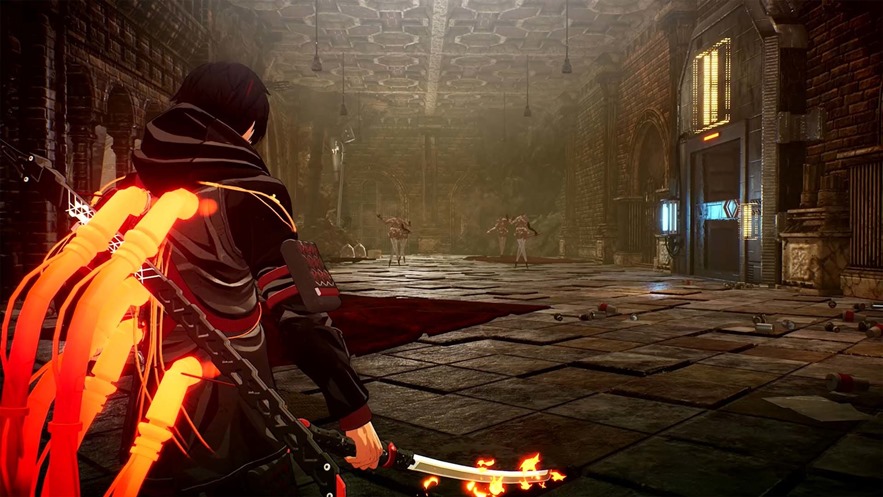 Drivers are the first priority

If you are an Nvidia user, then you can directly update your driver from the Geforce Experience application. You can also download the driver directly from the link below.

If you are an AMD user, then you can find the latest Adrenaline driver from the link given below. Adrenalin 21.6.1 Optional is the version you need to download. It is an optional driver, but that shouldn’t cause any problem.

If your drivers are already updated, then consider downloading a comparatively older Graphics driver. Downgrading could eliminate issues like these at times.

Using only English characters in name

For users who are getting the “Error: Failed to load system data” error. Here is a fix suggested by community member u/Dr. Something:

Looks like that in order to create system data your windows username must only contain english charachters,so a temp fix would be to create a new window user and launch the game through there

Are you using Windows 10?

If you are not then there is no point reading this guide as Scarlet Nexus only supports Windows 10 64-bit. This is not something that I am saying. It is something that is written on the Steam page of the game.

Try to run your CPU and GPU at default clock speeds

Use your default clock speeds if you are using an overclocked GPU/CPU. An unstable GPU or Processor could cause a lot of issues if it is not being able to draw enough power from the power supply unit.

Every launcher nowadays offers ways to verify the game files of the games, which would repair the corrupted files that might be causing issues. Here is how to do it on Steam:

Also, make sure that you are using the latest version of Visual C++ redistributable, as there’s a chance it hasn’t been installed correctly.

Check whether your Anti-virus software is blocking Scarlet Nexus or Steam. This has happened to a lot of games last year. Even some AAA titles had this issue. The executable of the game or Steam may be getting silently quarantined by some antivirus software, preventing the game from launching. Therefore, you may need to disable Real-Time Scanning function or Real-Time Protection function of your Anti-virus to play. If you do not want to completely disable the software, then you will have to add the .exe of Scarlet Nexus on the Exceptions list of your AV Software.

If things are not working properly, then go ahead and do a fresh installation of Scarlet Nexus on a different location. Yes, I know this is not the most convenient step. But hey, there is nothing wrong in trying, right?

These are all the fixes that I would recommend you try first. Yes, there are some other fixes as well. But, I couldn’t recommend them as there is no proof of them working. I am constantly keeping an eye on the Scarlet Nexus community. And as soon as I find something that is guaranteed to work, I will post it here.

Also, there is a controversy surrounding this game at the moment. People from the community are saying that Scarlet Nexus is protected with Denuvo DRM, though it is not mentioned on the store pages. If that is true, then the errors kind of make sense. Check out this discussion.