Salandit Location Scarlet Violet – Salandit is a Poison Pokemon of the Fire Type that you will find in Scarlet and Violet. The Salandit Pokemon can evolve into a Salazzle once it levels up to 33. It falls under the Monster and the Dragon Egg Groups. The Pokemon earlier appeared in the Pokemon Sword and Shield game. It has a catch rate of 120 and a base Friendship of 50.

So if you wish to add this Toxic Lizard Pokemon to your Pokemon collection, this guide will be the perfect one for you.

The Salandit Pokemon can be found any time of the day and is widespread in Biomes like Caves. It can be found in habitats like

The exact location of the Salandit Pokemon is marked in Yellow.

How to defeat Salandit in Pokemon SV 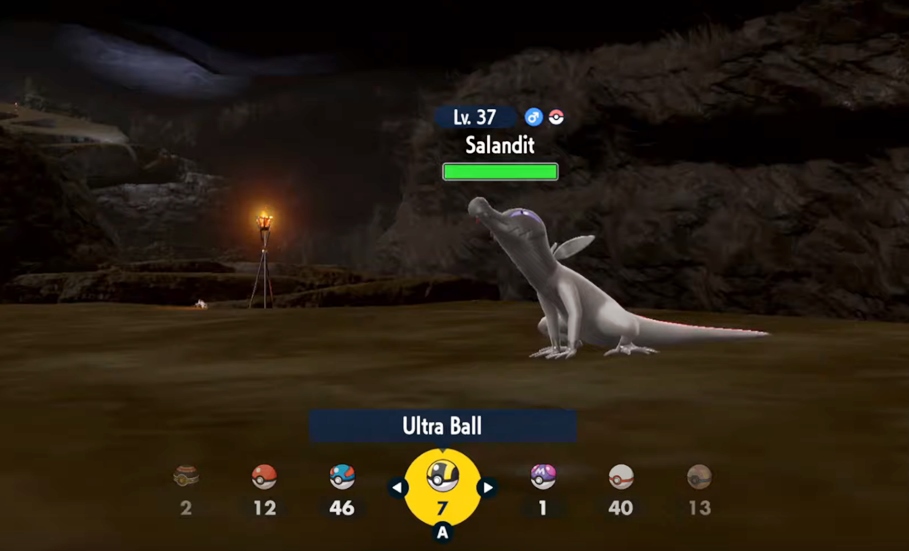 Salandit is a Fire/Poison type Pokemon, and if you intend to take it to battles or if you are fighting against one, it is crucial to know its abilities, weakness, and resistances.

Here are some of the abilities of the Salandit Pokemon.

The Salandit is weak against:

It can also be damaged typically by:

It can resist attacks from Pokemons and movesets like:

You can use natures like Modest to increase the Special Attack Stat and Timid to increase the Speed Stat. For both cases, your Attack stat will be decreased. You can also Terastallize the Pokemon, adding 1.5x Bonus Damage to your Tera moves. This Pokemon drops a Salandit gas TM Material which will be used to get Venoshock, Will-O-Wisp and Fire Pledge.

So this was about How to get and defeat Salandit in Pokemon Scarlet and Violet.

Pokemon Scarlet and Violet is a Nintendo Switch exclusive and features an open world where you can catch Pokémon and even go on picnics with them.