Saints Row 2022 coop – The much anticipated GTA Clone franchise is back with an all-new edition of Saints Row. The game is an action-adventure video game and a 2022 reboot of the original Saints Row series. The game was published by Deep Silver and developed by Volition. This action-adventure game is available on all platforms, including PlayStation 5, PlayStation 4, Xbox, Google Stadia, and the PC.

I have been waiting for a good Saints Row game after Saints Row The Third for ages now. Now, this game can finally ease that little itch that I had.

The game is set in a fictional city of Santo Ileso located in southwest America and is based on the city of Las Vegas, run by three criminal gangs. The protagonist is an ex-gang member from one of those three groups of criminals with the motive to take back the control of the city from those three gangs by forming his very own group.

You will be able to take over the districts and can also launch an illegal business for your team. The driving and the shooting experience has primarily been improved along with a new set of character creation options which would include gender selection as well. The game is a bundle of fun, so make sure you don’t miss playing this.

Playing alone in an open-world game is not always fun, especially after GTA V Online and Saints Row 4 turned out to be a massive success when it comes to online open-world games.

The Coop Mode in Saints Row 2022 will allow you to roam around the city of Santa Ileso committing crimes and destruction along with a friend of yours.

Even if it is a modern-day setting, the developers kept some of the traditional core mechanics in the game to keep the Saints Row franchise alive and one of them is the Saints Row Coop Mode.

So this article will guide you on whether there is coop support in Saints Row.

Is there Multiplayer or Coop support in Saints Row 2022?

Yes, Saints Row will be featuring the Multiplayer Coop Support. You will be able to add in another friend and play the full campaign storyline with a partner.

Remember that the entire story can be played only with a two-player coop. It is great to see that Volition has added this Coop Multiplayer for players who don’t wish to explore the world of Santo Ileso alone.

You will be able to start a new game in the coop mode, or you can also load a save game either from your story progress or your friend’s.

So it is really easy to jump in and jump out of coop modes and play alone if you wish to because the single-player and the multiplayer modes aren’t different, and they constitute a single save file only. 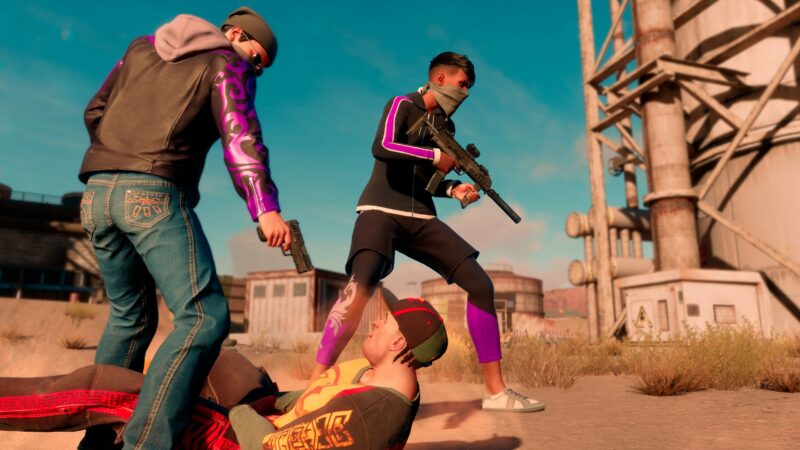 Is there four-player coop support?

Sadly, the Saints Row 2022 doesn’t support a 4-player coop. Although there were a lot of games that were released with a four-player coop, and we were expecting it as well but right now the game only has a two-player coop available. You won’t be able to roam around the city with a bunch of your crewmates as it doesn’t have the large scale multiplayer support like GTA.

So this was all about the Coop support in Saints Row. The game is quite enjoyable and will keep people playing for longer periods of time roaming around and committing crimes around the city along with a friend of yours.