Season 17 has almost hit its mid-age, but the content is still popping. The Season of the Haunted Campaign has finally been concluded, and most of the people seem to be satisfied with the outcome. But, there is still a ton of stuff left to arrive this season, and another round of Iron Banner is definitely on the list.

Now, there is no doubt, that right now if you ask a PvP player about the weapon he wants the most. There is a huge chance that he/she will end up saying, Riiswalker. And it makes sense, as it is the best shotgun for the kinetic slot in the game at the moment.

Well, Iron Banner is coming back on September 6, 2022. So, if you didn’t manage to obtain a Riiswalker previously, now is your chance.

Speaking of the weapon, Riiswalker is a Legendary Lightweight Frame 80 RPM shotgun with a Magazine Size of 6. Being a Lightweight, the weapon has insane handling and can be drawn really fast.

But that’s not what makes the Riiswalker so awesome. It is the fact that this Shotgun can roll with a perk that is exclusive to Iron Banner weapons, which is Iron Reach. Iron Reach straight up adds +20 Range to this weapon, which allows players to take down opponents easily without coming too close to them. 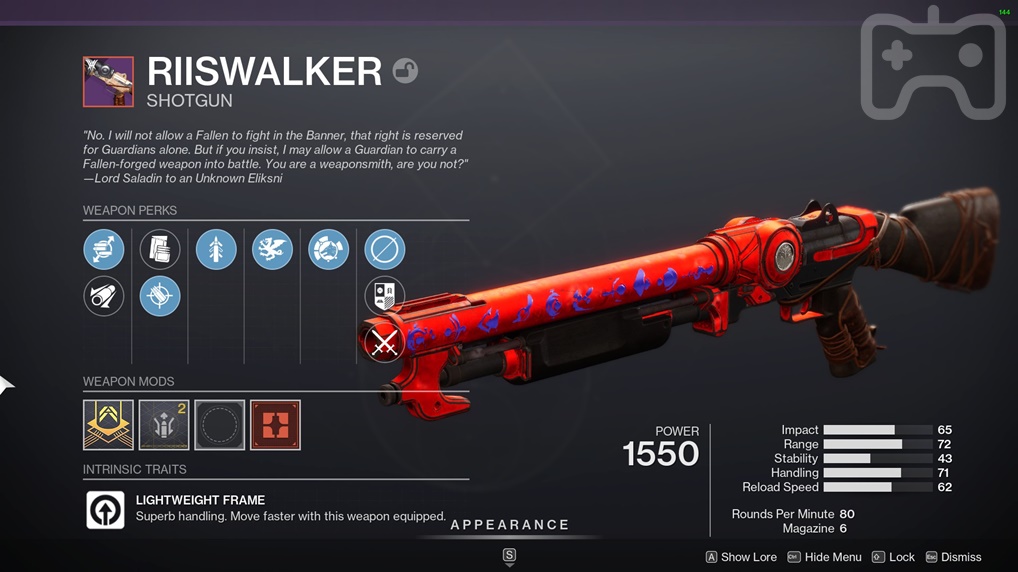 Before you start farming the Riiswalker, it is mandatory to know about the God Rolls for the weapon. Here they are.

Now, people who would be farming the Riiswalker, are primarily going to farm for a PvP God Roll. The idea of a God Roll can be different for different people. If you ask me, then a Riiswalker PvP God Roll should be:

Again, the idea of a God Roll can be different for different people. If you ask me, then a Riiswalker PvE God Roll should be:

As I said, Iron Banner is coming back on September 6, 2022. So, this is the best time to get your Riiswalker. And the best part is, Iron Banner no longer has Power Level benefits, which means you don’t have to reach insanely high Power Levels to do good in it. Grab your weapons, and just play the mode. I am pretty sure, you will eventually end up obtaining that god roll Riiswalker, whether you win or lose.