Overwatch 2 is finally available for the public to try. I am obviously talking about the beta access. The full release will take place at a later date. But it looks like, that factor hasn’t been able to stop the millions of Overwatch fans, who have been waiting for something fresh for many years, now. They have been asking for something new for a long time, and their wish has now come true. You might see a lot of people say that OW 2 is just like OW 1. But it isn’t, at all.

Overwatch 1 has 6v6 PvP modes, unlike OW2, which has 5v5 PvP modes. On top of that, the visuals of OW 2 have been upgraded quite a bit. A collection of new playable characters and maps has been added to the roster as well. And not to forget, a brand-new mode known as Push.

In online PvP games, where there are already connection issues present. The last thing you need is low fps issues, affecting your experience. So, what to do, in that case? You will have to tweak the graphics settings of the game and optimize it.

This guide will show you the best graphics settings for Overwatch 2 for low-end gaming PCs. You will have a smoother experience in-game, and it might also help you eliminate various performance issues if you are having any, of course. 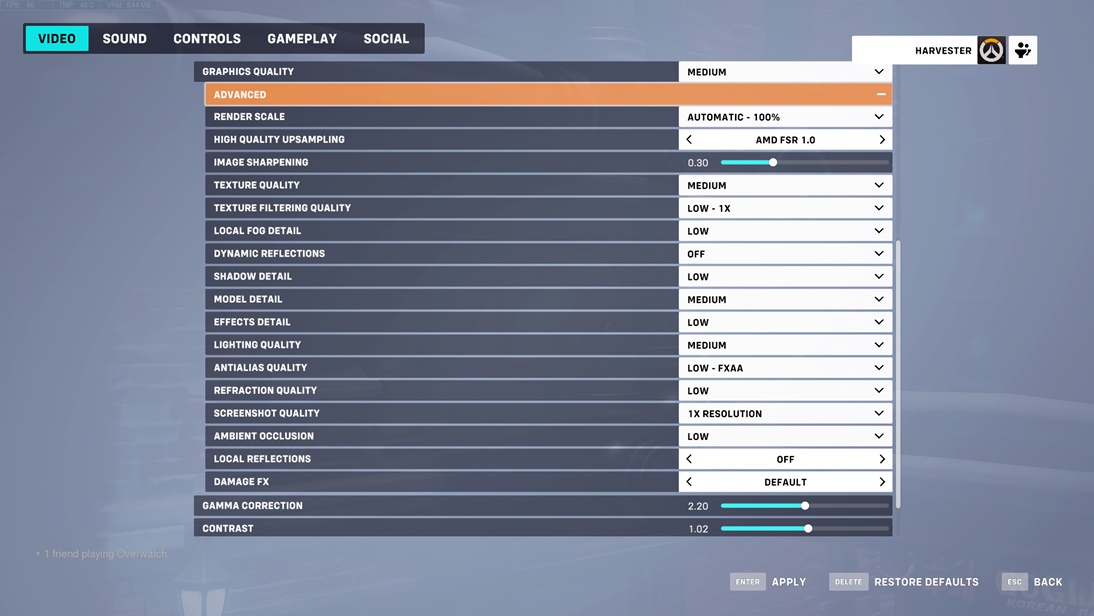 I decided to test Overwatch 2 on an entry-level GPU like the GTX 1650, because I believe is, running a game on a medium-end gaming rig is the best thing to do if you want to find out the best combination of graphics settings for the game. There is no point in running benchmarks on gaming rigs with high or enthusiast-level graphics cards like the RTX 3080s, 3090s, RX 6800 XTs, etc. Because let’s be honest, every single game will run smoothly on an RTX 3080.

We all know what the GPU market is like at the moment. How many users are really sitting with those GPUs? According to the latest Steam Hardware Survey, the top 5 most used GPUs at the moment are GTX 1060, 1050ti, 1650, RTX 2060, and GTX 1050. Anyway, let’s move on to the performance analysis.

These are round 1 test results, and only represent the performance of the PvP modes of Overwatch 2 Beta Access. I am still testing the game and will post the final results once the final version is out. Right now, all I would like to say, is that I found Overwatch 2 to be well-optimized.

I tested the game on 4 GPUs, in total. Which includes the GTX 1050 Ti, GTX 1650, RTX 3060 Ti, and the RTX 3070. And I don’t remember experiencing any sort of hiccups. Overwatch has always been a well-optimized title. So, this wasn’t really a shock to me. Though, I was expecting the GTX 1050 Ti to struggle a bit. But, that GPU didn’t disappoint, at all. I was easily getting more than 100 FPS, all the time, using the settings given above.

I am finally done testing Overwatch 2 on multiple GPUs, and I can officially say that Overwatch 2 is one of the most optimized games I have witnessed this year. Even with all the action that goes on the screen, all at the same time, this game seldom starts showing fps issues. I have already put out a video running this on 1440p at ultra settings on the RTX 3060 ti, and it runs flawlessly. Check out the video:

The game is finally out, and I am testing the game at the moment. The official results will be out in the next 24 hours.

Now, for people thinking, about how the game looks when running on the graphics settings recommended in this article, here is how it looks: 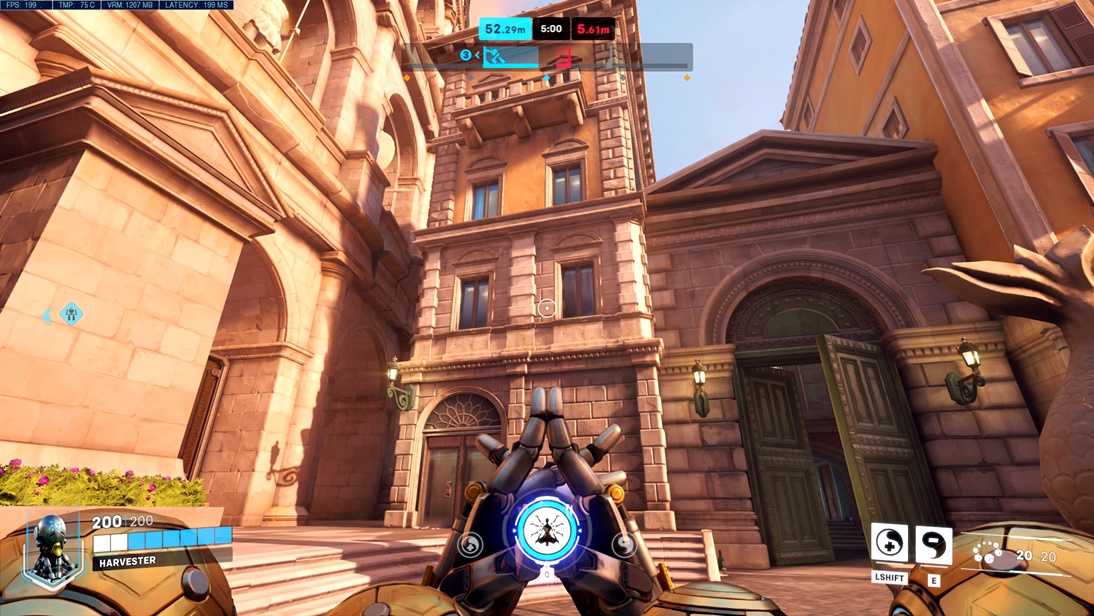 And, if you want to check out the performance of Overwatch 2 at maxed-out settings, then I have run the game on an RTX 3060 Ti. Check it out:

If you think this guide has helped you, then let us know in the comment section below. Also, for more Overwatch 2 Guides, keep an eye on Frondtech! Happy Gaming!