Is your ‘Outriders’ download stuck on Steam? Is there a fix? Let’s find out.

Outriders has to be one of the most anticipated titles of 2021. Ever since it’s announcement in E3 2019, it has managed to create a great amount of hype in the community, especially among the PvE lovers who enjoy games like Destiny and Division. And now that it is out, people are really excited. 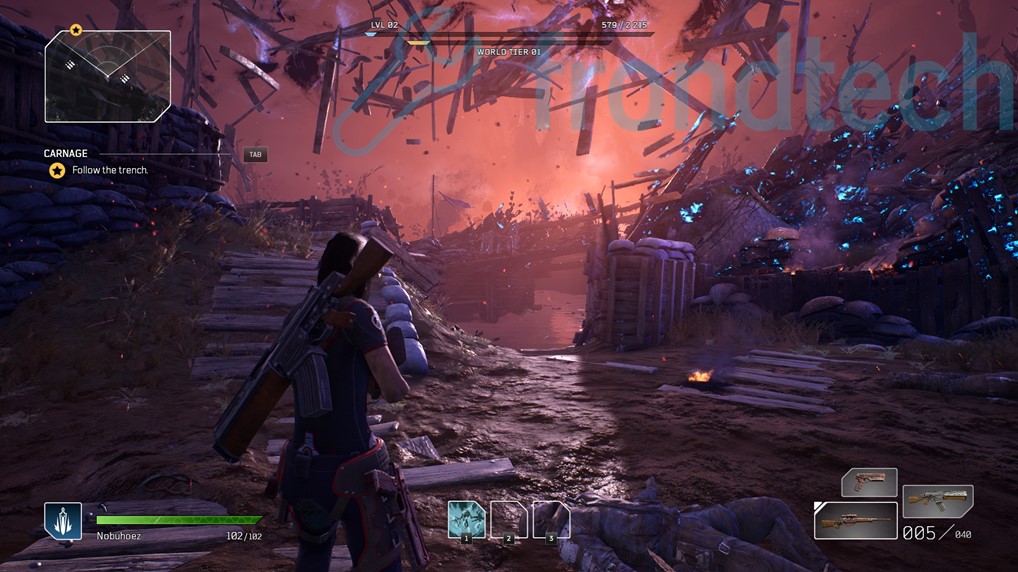 Apparently a lot of people who bought Outriders on Steam, are facing an issue where, either the download of the game is getting stuck after a certain point or the download is extremely slow. No matter what they do, the installation bar is reluctant to move or make any sort of progress. This problem, so far, looks exclusive to Steam users as people who have bought the game on Epic Games haven’t reported anything of this sort. People have been trying all types of things, like:

Unfortunately nothing seems to help. So is this some sort of bug or glitch?

Why is the download stuck? Is there a fix to this issue?

Actually the truth is, this is neither being caused by a bug, nor by a glitch. If you go and look at the download folder of Steam you will notice that there is nothing over there. Steam will actually download the Outriders installer file first. And once the downloading is completed the unpacking will take place.

When Steam is showing that Outriders still being downloaded, that is not what actually is happening. It is unpacking the game instead to get it ready for installation. And then there are other obvious installations like the C++ Redistributable and the latest DirectX, that require some time to be fully installed as well.

The file size of Outriders is close to a whopping 80 GB. Which means this isn’t a small game. So all you have to do is wait for a while. The process did not take much long for me as I am using a WD Black NVMe SSD that has Read and Write speeds up to 3100 MB/s and 1600 MB/s respectively. But for normal HDD users, even if they have a 7200 RPM one, the entire installation process is going to take some time. And there is no way to speed up the procedure.

If you want you can check out the Outriders Discussions page on Steam. The posts there will give you a good idea about the situation.

If you think this guide had helped you then let us know in the comment section below. And for more Outriders guides, keep an eye on Frondtech. We will be covering every single technical issue and bug of the game. Good luck!