New World No Sound or Audio Bug – This guide will show you how to take care of the no sound or no audio bug in New World.

The final version of New World is finally out. The game has already broken the player count of all major releases in 2021, so far. And the numbers are only growing. Everyone is enjoying the game. In fact, I am seeing people, who have never touched a MMO in their entire life, are playing the game non-stop.

But, as things go with big releases nowadays. Most of them come with a whole lot of bugs, errors, and glitches. Especially the ones that are completely online. The case of New World is no different. The game has its fair share of issues, with more popping up every few minutes.

The issue I am talking about here is a sound or audio bug. The bug is causing the game to go completely mute. This seems to be a common bug that a lot of players are experiencing at the moment, as there are a lot of posts regarding this on Steam. There is no sound on the menus, no environment sounds, no voices and no music.

How to fix the No Sound issue

Fortunately, there are plenty of easy fixes available for this bug. And they have been confirmed to be working by many New World players.

There are mainly two situations in which this bug occurs. The first one is, when you alt+tab out of the game, and you switch your audio output or playback device while the game is running. In that case, you can fix that by simply giving your PC a restart, and choose the audio output you are going to use, before you start the game. 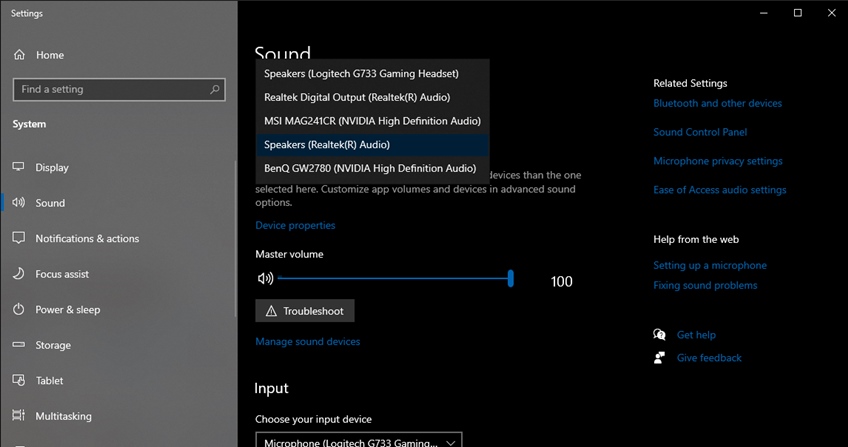 After going through a lot of Reddit posts, I realized that a lot of people who are getting this bug, are using USB headphones or Wireless Headphones. I have a Logitech G733, and I have faced this issue plenty of times in other games. So if you are using a pair of USB headphones, then most probably the bug is being caused by that. I would suggest that you try playing the game with any pair of headphones that has a 3.5 mm headphone jack. Any 3.5 mm would do. Even the ones that you get with your phone.

The two tips, given above, should do the job for most of you. If they don’t, then there is one more that you can try. Try running Steamworks Common Redistributables. Don’t forget to verify the game files via as well.

Should you re-install audio drivers?

Many other sources might advise you to re-install your audio drivers. Do not do that! A corrupted audio driver won’t specifically affect a single game. It will affect your entire system. So as long as you are able to hear everything else, no need to re-install drivers.

Run other games and check your sound. Go for fresh driver installation if you face the same issue in other games as well. Go to the official website of your Motherboard, and download the drivers from there. Don’t just download from a random website.

If you think this guide has helped you, please let us know in the comment section below. Also, do check out our other guides on New World. Who knows, you might end up finding something you have been looking for.