New World crashing and won’t launch – This guide contains some simple and basic fixes or solutions for PC users who are facing crashes or having trouble in trying to launch New World on PC via Steam.

[The fixes mentioned in this article are for New World Closed Beta, and they might change when the full version of the game launches.]

The problem is, people have already started experiencing many issues and errors, right from the Closed Beta. But if you ask me, I won’t call this a matter of concern. This is what betas are for, right? I am really happy that Amazon Games decided to release a beta, as this would help the developers get some actual feedback. And they would have enough time to fix the issues before the full version of the game releases.

Time to talk about the issues now. The game is crashing for a lot of PC users, and some are not even being able to launch or start the game. These problems somehow don’t surprise my anymore. In the last few years, issues like these have become extremely common in AAA titles. And let’s not forget, New World is an always online game, and we all know how the always online games are nowadays.

That is why I decided to put all the fixes recommended by the community in one place, so that players don’t have to check multiple sources for them. 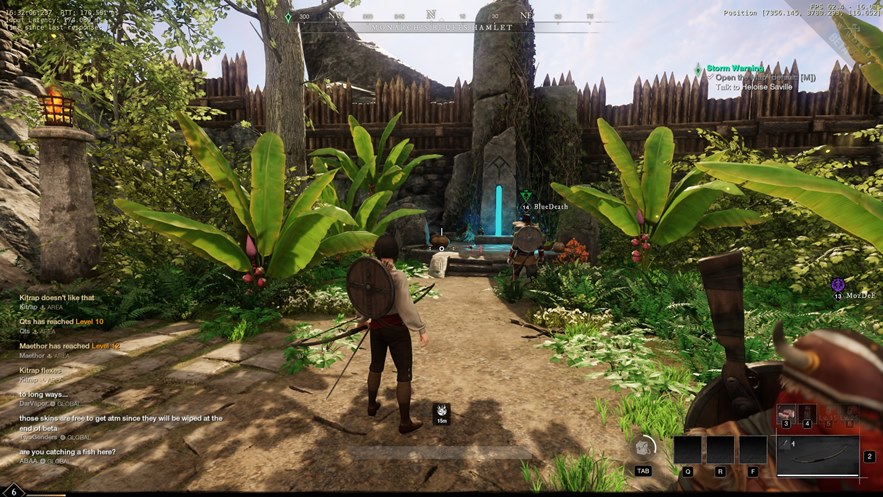 Close this guide if you are using Windows 7

We have gone through this discussion plenty of times, and it should be clear by now that games that don’t have Windows 7 listed under their System Requirements, won’t launch on Windows 7. New World runs only on Windows 10 64-bit. This not something that I am saying. It is something that is written on its Steam page. Also, make sure that your PC is capable enough to handle New World without any issues. I am actually quite surprised to see that posts like these are still popping up: 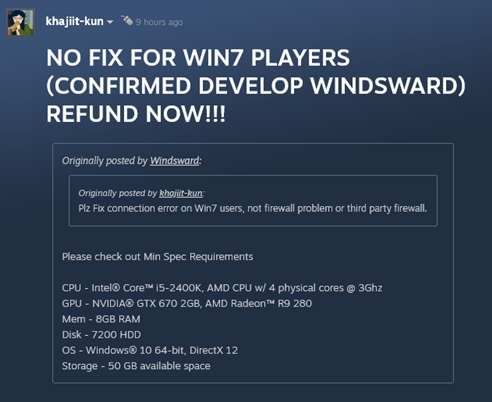 Now, I know that a lot of you might say, ‘It worked fine on Windows 7, during the preview last year’. To that, I would like to say, the devs responded multiple times during the last preview that Windows 7 was not supported. People just got lucky on if it worked or not for them on Windows 7. They might add Windows 7 support later, but nothing has been promised.

Check your graphics card software and make sure it’s updated.

[Note: Avoid this step if you already have the latest drivers]

Nvidia has launched a new Game Ready Driver that provides optimal support for the New World. The version is 472.12. Install it and let me know in the comment section below, if the game’s performance has improved for you or not.

So, I am speaking from my personal experience. So far, the only issue I have faced with New World Closed Beta is its absurd GPU usage. I haven’t witnessed any high CPU usage, though. But there are many people who are getting high CPU usage. I have tested the game on a RTX 2060 and on a RTX 3070, paired with a Ryzen 5 5600x. On the RTX 2060, the GPU usage was touching almost 90%, and the GPU temperature was reaching close to 85 degrees after few minutes of gameplay.

If I talk about my system, my Ryzen 5 5600x is liquid cooled and there are 5 extra cooling fans on my cabinet with enough ventilation. I keep my AC on almost all the time, so temperature levels like these are not normal for me. So, check whether your GPU or CPU is overheating or not. Because if they are, then New World would crash almost every time. I am hoping that this issue would get fixed soon, as there are a ton of posts like this popping up on the forums:

Good news is, there is a workaround for this issue. But I am not sure whether this will work for everyone. The fix has been suggested by Steam user /Elysian(Kriffix):

Test it, see how it goes.

Let me simplify it for Windows 10 users:

Try to limit or cap the FPS of the game. It might fix your high GPU usage.

Try to run your CPU and GPU at default clock speeds

Use your default clock speeds if you are using an overclocked GPU/CPU. An unstable GPU or Processor could cause a lot of issues if it is not being able to draw enough power from the power supply unit.

If you are getting errors like “vcruntime140_1.dll missing” or “MSVCP140.dll was not found”. The go ahead and install the latest version of Visual C++ redistributable, as there’s a chance it hasn’t been installed correctly.

Here are some extra things you can do just to be sure:

These are all the fixes that I have for now. One thing you have to remember, the game is still in Closed Beta, and there is a huge chance that these issues would get fixed before the full game releases. Give Amazon Games some time, and I am sure that they will fix the technical problems with few patches, soon. Check out the performance overview of New World on a RTX 2060 and Ryzen 5 5600x: