Necromunda crashing won’t launch – It looks like a lot of Steam users are having some trouble with Necromunda Hired Gun. For some, the game is crashing at startup, causing it to not launch at all.

Well, Necromunda is a great indie title in my opinion. And it plays well for the most part. But the game does have some issues. I have already talked about the performance issues. Let’s see if the crashes and launch issues could be fixed or not.

Necromunda Hired Gun – Crashing and won’t launch – How to fix

Here are some steps you can take to fix the crashing and launch issues:

Simply re-install the game in a different location

This solution might sound silly, but it has actually worked for many users. There could be a solid chance that a file got corrupted during the first installation. And that one file is causing the crashes constantly. Check out this comment from a Steam user:

Crash on Loading Chapter 2
Without fail I keep crashing when I am loading in after completing chapter 1. What I am getting from the UE4 Crash Reporter:

To which, he again commented(by himself):

I verified integrity of game files (MULTIPLE TIMES, only redownloaded the final time) and the level is now loading.

My man just posted his issue and solved it at the same time. Genius!

Are you using Windows 10?

If you are not, then there is no point reading this guide as Necromunda: Hired Gun only supports Windows 10 64-bit. This not something that I am saying. It is something that is written on the game’s Steam page.

Launch the game directly through the .exe file

Instead of launching the game via Steam, just visit the folder where you have installed Necromunda: Hired Gun. And launch the game directly by double-clicking on the executable or .exe file of Necromunda.

Is your Anti-Virus Software conflicting with Necromunda?

Anti-Virus software hooks very deep into user systems and can affect disk and network operations, which can cause crashes in games. Some games also use copy protection technology that can appear as malicious software to an AV scanner, resulting in potential false-positive alerts.

Either try disabling your Anti-Virus software temporarily and then run the game or add exceptions for Necromunda Hired Gun in your Anti-virus configuration. 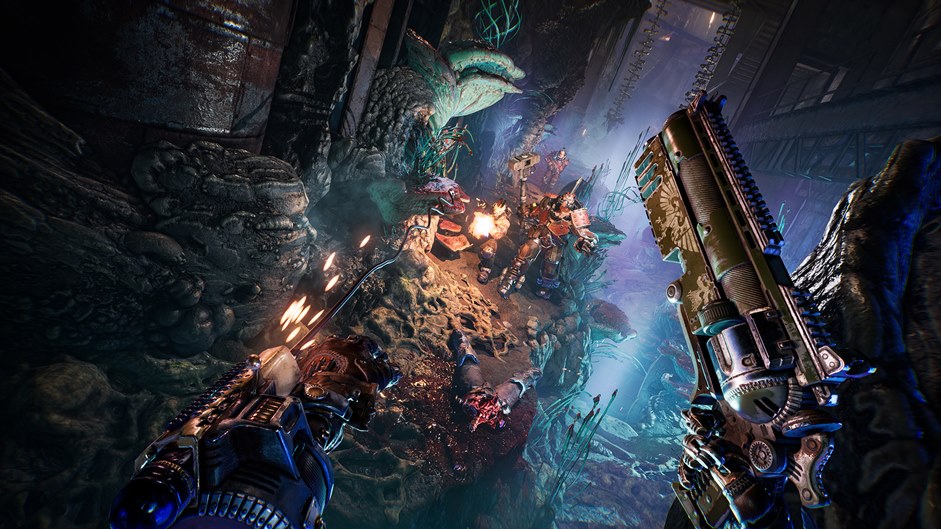