Monoblos Monster Hunter Stories 2 – Wondering where to find Monoblos in MH Stories 2? Don’t worry, we got you.

Where to find Monoblos is Monster Hunter Stories: Wings of Ruin 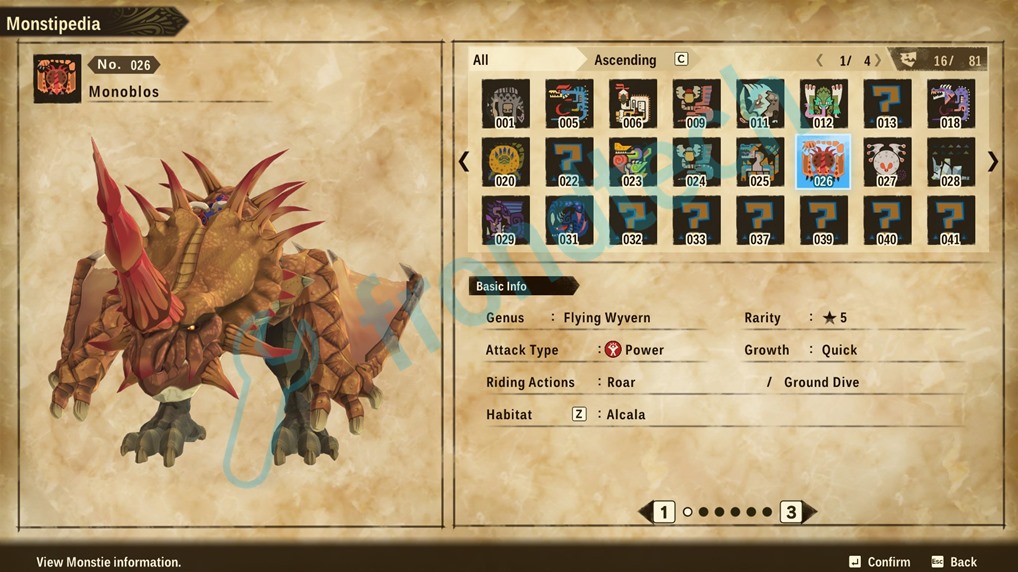 Monoblos is a Royal Monster in Monster Hunter Stories 2: Wings of Ruin. It has a Rarity of 5, and is definitely one of the best Monsters you can find for your party early game. It has really great Defense stats. Attack, not so much. Still, it is way better than the Rarity 2 and Rarity 3 monsters that you encounter in the wild. Monoblos is actually the second Royal Monster that you can find in Alcala. The other one is Tigrex.

Its Riding Actions, Roar and Ground Dive, are not that useful. But they certainly come in handy in certain situations. Roar is really useful in locations, where there are too many monsters roaming around. Use Roar, if you just want to walk past a group of monsters without engaging in a battle. Regarding Ground Dive, you don’t get too many spots to use the skill early game. Overall, I would definitely recommend that you get Monoblos in your party. I mean, it is a Royal, after all. 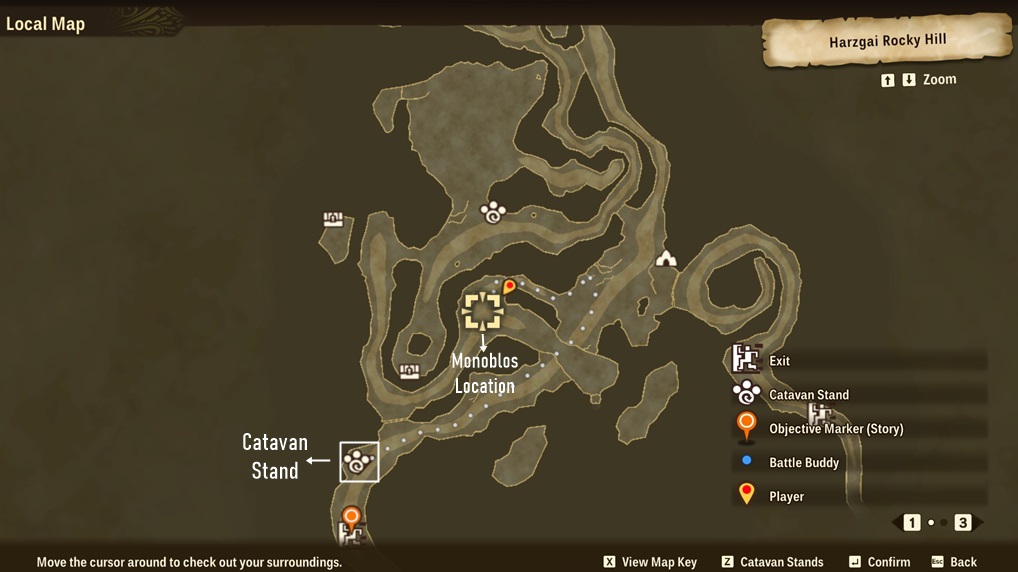 Monoblos is one of the most difficult Monsters to beat early game. If your level is not high enough, and if you do not use your attacks wisely, you would probably go down really fast.

Try to reach level 20-21 at least, before you go and fight Monoblos. Now, fighting Monoblos is not as straighforward as fighting Tigrex. In case of Tigrex, you deal enough damage, and you win. Unfortunately, that won’t work here.

Monoblos does this thing after a few turns, where it uses its Ground Dive ability and goes underground. During this time period, all your attacks will miss. You won’t be able to land a hit on Monoblos. The monster on the other hand will keep on hitting you with its attack every time your turn is over, for 3 turns. So what to do in this situation?

Here is what I did, I forged a Sword & Shield type weapon, and took it to fight. Why you ask? Every Sword & Shield type weapon comes with a skill called Guard. It greatly reduces damage taken in the turn used. So as soon as Monoblos dives underground, you start using the Guard skill, until it comes out. Also, keep enough potions in your inventory, and use them on your Monster every time it gets hit. If you manage to survive the ‘Ground Dive’ phase, half the battle is won.

[Note: This guide is meant to be for new players. This is of no use to you if you’re already sitting at level 9000.]

Now, to get or catch a Monoblos, you need to make it Retreat. You won’t be able to catch it if you eliminate it completely.

Buy some Paintballs from the Rutoh Village Market. Paintball increases monster Retreat chance for 3 turns, and it is most potent on low HP monsters. One Paintball costs 200 Zenny. Bring the health bar of Monoblos down to 10-15% and throw a Paintball. Try to beat it within the next 3 turns. If everything goes according to the plan, the Monoblos should Retreat. Once it Retreats, a Monster Den should pop up nearby, marked with a green-colored Den icon on the Map. Enter the Den, look for the Nest of Monoblos, pick up the Egg and leave the Den. Now, just visit the Stables and hatch the egg. Congratulations! You now own a Monoblos! Enjoy grounding diving and farming ores.