Season 18 has finally arrived in Destiny 2, and Bungie is calling it the “Season of the Plunder”. I am pretty sure that every guardian knows that a new season in Destiny 2 means a ton of new content to explore, and a ton of new weapons to farm.

There is the new King’s Fall raid, a brand-new activity called Ketchcrash, new exotics for all the Subclasses, Arc 3.0, and awesome new seasonal legendary weapons. And I am glad that Bungie has not included any recycled content in the game.

As for the weapon I am covering in this article, I am glad Bungie decided to recycle it. Back in the day, it was my best Shotgun for PvP. Yes, I am talking about Mindbender’s Ambition.

When Forsaken came, Mindbender used to rule the Crucible. Imagine the scenario: An arc Titan with Insurmountable Skullfort equipped having the capability to one-shot with shoulder charge, dashing towards you to do a shotgun-melee combo, with a Mindbender’s Ambition in hand. Terrifying, isn’t it? Those were the days!

The Mindbender’s Ambition 2022 or the Season 18 version is a completely different story, though. Bungie has stripped most of the good perks. Neither does the 2022 version have Slideshot nor does it have Quickdraw or Opening Shot. 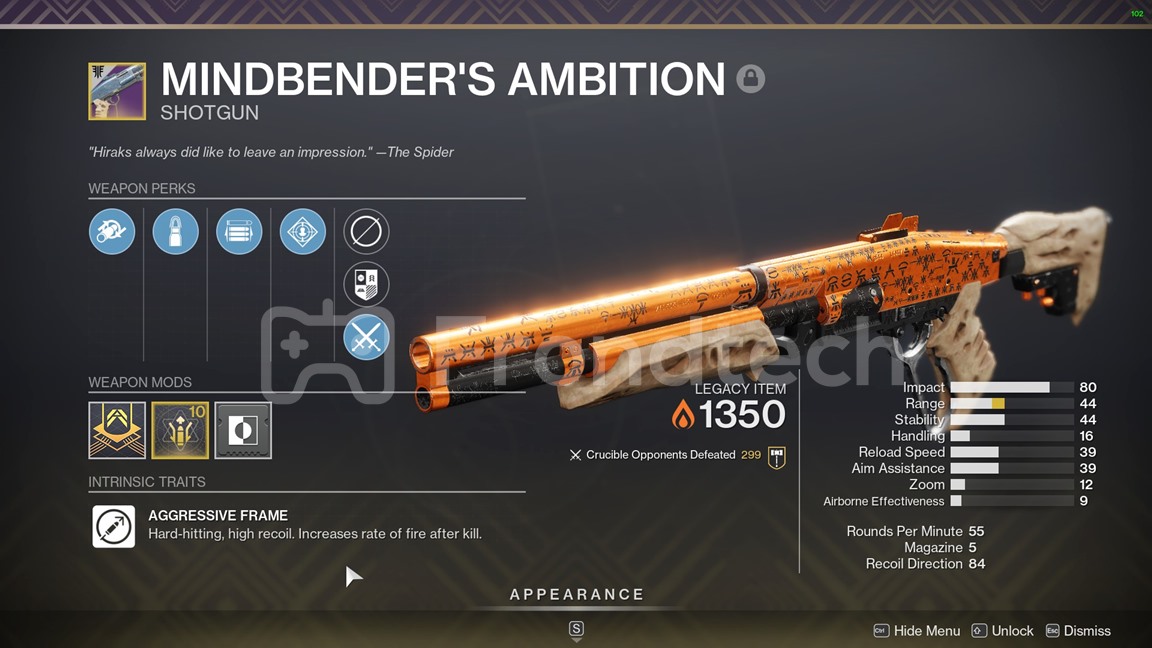 It is quite obvious that most people are going to farm for a PvP God Roll. The idea of a God Roll can be different for different people. If you ask me, then a Mindbender’s Ambition God Roll for PvP should be:

You can obviously use the Mindbender in PvE. But considering how slow the fire rate is, I can’t necessarily recommend this for PvE. Anyway, a Mindbender’s Ambition God Roll for PvE should be:

How to get Mindbender’s Ambition in Destiny 2 Season 18

To get the Mindbender’s Ambition Adept, you will have to do the Lightblade Nightfall at Grandmaster Difficulty. Which is probably the most challenging activity in Destiny 2. I agree that it is not everyone’s cup of tea, and even if you manage to get the normal God Roll Mindbender’s Ambition. You are pretty much set. You don’t need to grind or the Adept version.