Guardians of the Galaxy Graphics Settings – This guide will show you the best graphics settings for Marvel’s Guardians of the Galaxy for low-medium end gaming PCs. You will have a smoother experience in-game, and it might also help you eliminate various performance issues like FPS drops and random stuttering issues.

Marvel’s new action-adventure third-person title, Guardians of the Galaxy, is finally out across all the major gaming platforms. The game has managed to get some decent reviews overall, and is doing quite well so far.

It is quite clear that Marvel is trying to reel back its fans with this title. Especially, after Avengers, they badly needed a game that would redeem their status. Fortunately, Guardians of the Galaxy has managed to do that job quite well so far. I played the game for almost 2 hours, and I am liking it so far. Not really a fan of Square Enix, though. They have the habit of stopping development of their games midway. I am still not over the fact that they ruined an awesome game like Outriders. You can say, I had very low expectations for Guardians of the Galaxy.

Talking about the game, You get to assume control of Star-Lord in Marvel’s Guardians of the Galaxy, use his signature elemental gun to fight enemies, and use his jet boots to fly or hover. You get the obvious team members of Guardians of the Galaxy(Gamora, Rocket Raccoon, Groot, and Drax the Destroyer) alongside you. But you don’t get to play as them. They are AI controlled, and all you can do is issue them various commands.

The game is decent, and I loved the experience personally. But, there is one thing that I would like to say. Guardians of the Galaxy is probably one of the most unoptimized titles I have seen this year. You see, every AAA game nowadays suffers from bugs, glitches and errors, it is quite common. This game has those issues too. But in a time like, when GPUs are extremely overpriced. A game like Guardians of the Galaxy, that barely manages to run at 50 fps, on a GPU like 1650 Super, has no room for excuses. Games like Far Cry 6 and Battlefield 2042 run way better than this.

Anyway, enough with the rant. Let’s check out the graphics settings guide for Guardians of the Galaxy now, and see if it is possible to make this game run on a low-end GPU:

According to the minimum system requirements for Marvel’s Guardians of the Galaxy, you need a GTX 1060 to run the game at the lowest possible settings. So testing the game on 1650 Super should give people a good idea about the optimization of the game. 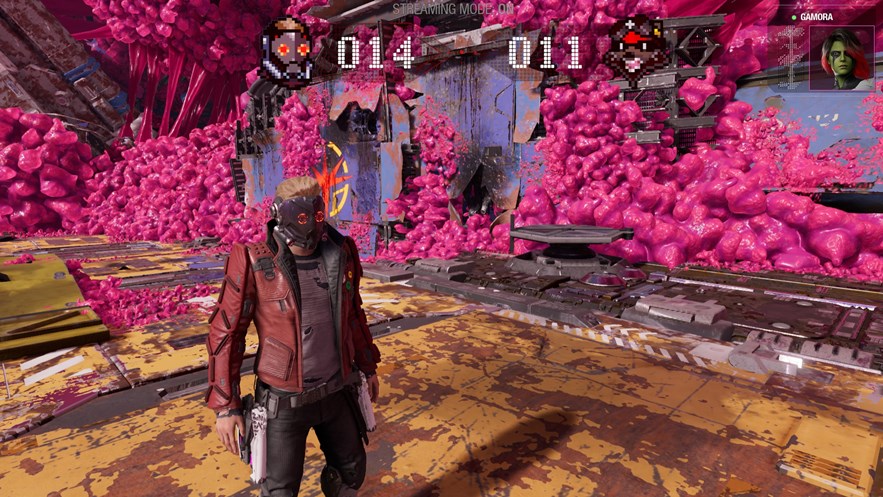 Okay, let me start by saying that the numbers you are seeing in the table above, you will get them only after clearing the first level or planet. The problem with the first level is, the developers have made sure that the first level gets the players interested as much as possible. So they have the made the first level extremely detailed. I was getting close to 40 FPS on the first level on my 1650. You will notice significant performance drops, every time you use the ability of Rocket Raccoon, and there are explosions on your screen. After you cross the first level, things get way better. Well, let’s just say, better for the GTX 1650 Super.

I don’t think there is any point mentioning the performance of RTX 2060 and 3070 here, because the game runs quite well at Maxed out settings on these GPUs. I did try the game on my GTX 1050 ti, and couldn’t even get past the first level. The game was running at 20-30 fps, which was unplayable for me. I tested the game on the recommended drivers, BTW.

Overall, I would say that the developers still need to optimize Marvel’s Guardians of the Galaxy, a lot. I am sorry to say, but I won’t be able to recommend a game that runs well only on high-end GPUs.

If you want, you can actually check out my performance video of Marvel’s Guardians of the Galaxy. The game is running on a RTX 2060 paired with a Ryzen 5 5600x:

If you think that this guide has helped you, then let us know in the comment section below. Also, try checking out our other guides on Kena. Who knows, you might end up finding a something you have been looking for.