Lost Ark won’t launch – Smilegate’s popular MMOARPG, Lost Ark, is now finally for the people of NA and EU. Initially, the game had released in South Korean in 2019. And, in 2022, Amazon Games, decided to get the publishing rights, and launch it for other regions, as well.

Lost Ark is a free-to-play MMOARPG that can be downloaded via Steam, it has already become one of the most popular games on Steam. The game is all about farming, looting, increasing your item level, and getting stronger. Lost Ark is being played by big streamers like Sykunno and Asmongold, on Twitch, and it is constantly getting close to a million concurrent players on Steam. The total Lost Ark player base is definitely way larger than that, though. Also, It is not only the numbers that are impressive. The game is getting pretty decent reviews, as well.

But that doesn’t mean that Lost Ark launch in NA and EU has been perfect so far. Despite, being a very less-demanding game, a lot of players have been reporting fps drops, crashing issues, server issues. Apart from that, there are some missing audio issues, and who could forget the long queues. But despite having all these issues, I would say that the game has proven to be quite successful.

Anyway, it looks like Lost Ark won’t launch for some users, and crashing at startup for some. And, from what I found, it is mainly happening to the AMD users. This guide will show you how to fix startup or launch issues with Lost Ark, if you are using an AMD processor. 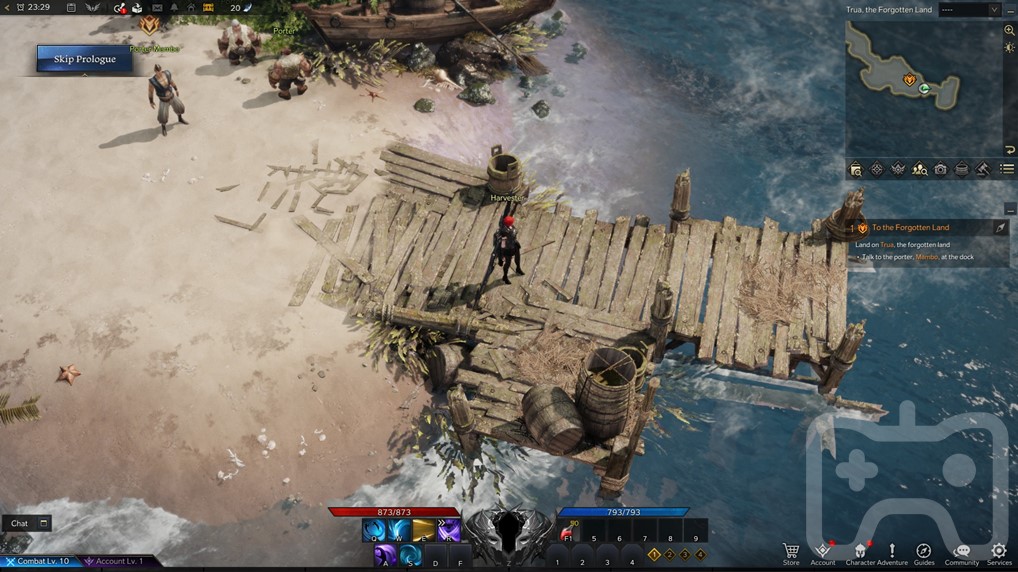 How to fix the “Lost Ark won’t launch” issue

So, the good news is, there is a fix, and it has been confirmed to be working by many users. The fix actually comes of a Steam user.

If Lost Ark won’t launch for you, then all you have to do is update the BIOS of your motherboard. Just go to the official website of your motherboard, download the latest bios, and update it using and bios flashing method. The issue is mainly happening to those, who are sitting with really old bios version. Take a look at the original fix, recommended by the Steam user:

I posted on here yesterday because the game would not launch and would shut my PC down automatically. It would lead to it restarting on its own. No other game was doing this.

The fix to this was updating my BIOS. For some reason, my CPU was NOT liking the game, and after 2 days of searching I was finally able to locate this answer. I believe the culprits were Easy Anti Cheat and AMD CPUs.

Now, a lot of other sources might ask you to repair Easy Anti-Cheat. And there are a bunch of fixes mentioned in this Easy Anti-cheat solution guide. Trust me, a lot of people have tried them. Some fixes worked for a very few amounts of people. But, for the majority, they didn’t. Normally, issues like this get fixed with just a GPU driver update. But, neither Nvidia, nor AMD, have released any drivers specifically for Lost Ark.

Yes, you can try stuff like, disabling Discord, Steam, and Nvidia overlays. But they, most probably, won’t change anything. I would still recommend that, before messing with the BIOS, try the gold ol’ ‘verify the files to conquer the world XD’, and ‘updating the Visual Studio‘, methods. Who knows, they might end up working. Also, Windows Defender has a history of quarantining games that run Easy anti-cheat. So, make sure that Defender, or your AV software is not blocking Lost Ark, and giving False Positives.

Important: There is something I will say, though. Updating BIOS could appear tricky for some users. Go for the process if you are absolutely sure about what you are doing. If you make any mistake, you might end up breaking your system. I would suggest that you watch some tutorial videos, and then do it. Also, I am not sure, if this works for Intel users, or not. Furthermore, I haven’t tried this fix personally. I am using a Ryzen 5 5600x, on a ASUS ROG STRIX B550-F GAMING (WI-FI) motherboard, and I haven’t had any launch issue, yet.

If you think this guide has helped you, then let us know in the comment section below. And for more Lost Ark guides, keep an eye on Frondtech. Good luck!