Lost Ark server status na eu – One of the most anticipated releases of 2022 is finally here. Lost Ark is finally available to people outside South Korea. After more than 2 years, the game, published by Amazon Games, arrived in the NA and European Regions. And, it is already breaking the Steam servers. A free-to-play MMOARPG? Please sign me up.

The game has already become one of the most popular games on Steam, and is garnering a huge number of good reviews from the community, as well. It was averaging 1.2 millions viewers on Twitch, with big streamers like Summit, Asmongold, and Lirik, playing the game. The last time I checked, the number of concurrent players was almost close to a million. So, you should pretty much get an idea from this about how popular Lost Ark already is.

But that doesn’t mean that Lost Ark launch in NA and EU has been perfect so far. Despite, being a very less-demanding game, it is giving low fps issues to some players. Apart from that, there are some missing audio issues, and who could forget the long queues.

I also saw some people, complaining about Lag and disconnection issues in Lost Ark. But, if you ask me, connection related problems like these, are quite common in online games now. I won’t call this a matter of concern.

I trust Smilegate, and after seeing how they are responding to the feedback from the community, I am sure that they will take things close to being perfect very soon. Though, I wish there were more servers.

Is Lost Ark Down?

It looks like the Lost Ark servers have been going down, sporadically, and there is not much that the players have been able to do about it. But I won’t blame the developers for that because the servers constantly need maintenance. And server issues are pretty common in MMO titles. Just look at New World.

Now the question is, how to know whether the Lost Ark servers are actually down, or is it because of your poor and horrible 10 KBps internet connection(LOL XD), that you are not being able to get in the game? Here is how to check the Lost Ark server status. 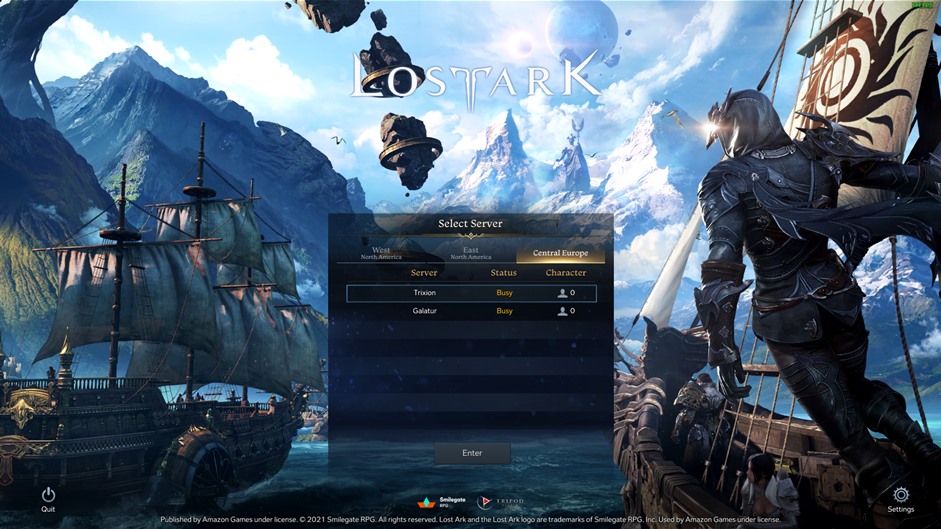 The good news is, Smilegate has already launched a dedicated page, where NA and EU users can track the server status of Lost Ark. It is the best way to know whether the servers are down or up. All you have to do is:

Other than that, you check out the Official Twitter Profile of Lost Ark. The developers are constantly posting about the game there. Look for tweets like this:

In response to increased queue times, we have opened up a new server on NA East (Karmine).

The team will continue to monitor server queues and make additional adjustments if necessary.

This way, you would be confirming your doubt.

One thing you have to keep in mind, that Lost Ark became free-to-play just a while ago. It might be a 2-year-old game, but it is still brand new to the people of NA and EU. So, everybody is rushing to play it right now. The servers are at load most of the time. Give it some time, and you will get your share of good experience soon.

If you think this guide has helped you, then let us know in the comment section below. And for more Lost Ark guides, keep an eye on Frondtech. Good luck!