Atomic Heart open world – There’s an upcoming addition to the world of RPGs, Atomic Heart. The game has been developed by Mundfish and will be published by Focus Entertainment and 4Divinity. The same would be released for Platforms such as Playstation 4/5, Xbox Series X/S/One and PC.

The game is set to release on the 21st of February 2023, and the plot is set in an alternate Soviet Union circa 1955.

By far what we know about the game is that it is supported by Nvidia RTX Graphics. Keeping the same in mind and the mind-boggling visuals the game has to offer, one might wonder as to if the game is open world or not and you’ve come to the right place to know a bit about the same!

It hurts to say, though, that Atomic Heart actually is not open-world but much more closed-world. That’s not all, though. 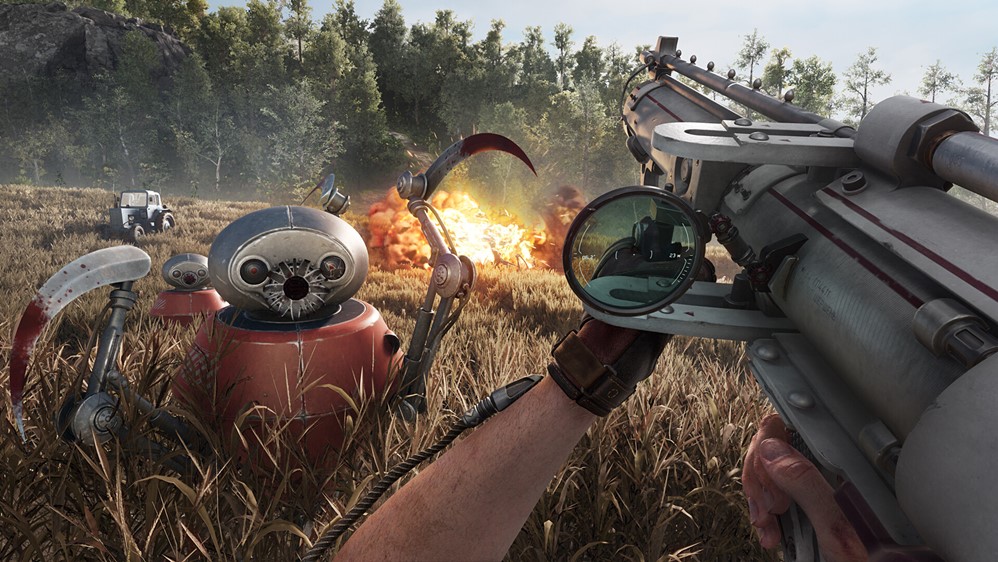 It requires a bit of explanation as, just like a bunch of other games, it’s actually a bit of both. This is due to the fact that the game would offer features that would make it seem like it is an open world or at least provide an experience that is similar to an open world.

However, the same would be simulated in a closed world with limited range, signifying that the actual play areas would be smaller and more refined.

When it comes to the Bioshock series of games, it has been predicted that the powers would look similar to that of Bioshock, but of course, it’s too early to make a comparison between the two games. We’d be able to explain in detail as to how the game would pan out once the release is near.

Additionally, the game claims to have a “sci-fi world ecosystem”, wherein a global network named Kollectic Neural Network would be used, unifying all ground and air robots into one ecosystem. The same signifies the fact that once you’ve been spotted, reinforcements will be alerted and sent your way.

Finally, as Atomic Heart isn’t out yet and the knowledge we’ve got so far seems to be very limited, it’s basically impossible to predict what size the explorable world will be. But, at the same time, certain images were shared, based on which we can say that the size is considerably large, making it all the more interesting!