Atomic Heart game pass – Being announced all the way back in 2018, Atomic Heart seems to be all set to be released on the 21st of February, 2023. The expectations from the fans are quite high due to the fact that it took about five years for the game to finally have a release date.

The game has been developed by Mundfish and will be published by Focus Entertainment and 4Divinity. What makes the game interesting is the plot. The game portrays and is set in a twisted version of the 1950s Soviet Union era.

The game supports RTX, and the graphics are absolutely mind-boggling. Another thing we know about the game is that it’ll be a closed world that’ll provide an open world and a much more refined experience than most games.

Is Atomic Heart on Game Pass? 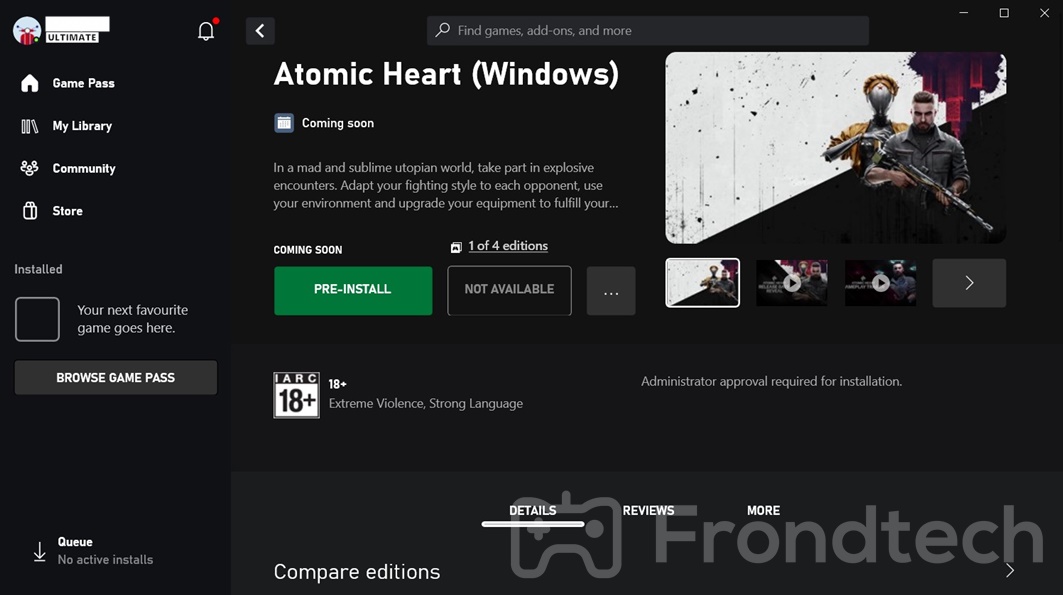 The game will be available for platforms such as the Xbox series X/S/One, PlayStation 4/5, and PC. When it comes to the consoles, the players have been wondering if they’ll be able to play/access the game via the game pass. If you’re curious about the same, you’ve come to the right place!

Well, you’re in for a treat! Atomic Heart will be available for Xbox Game Pass from the very second it’s released! Another thing you can do not to miss the release date is you could preload the game today itself to save some time. The Xbox player base has one up against PlayStation players here because PlayStation players would have to pay the full $59.99 to play the game.

How to get Atomic Heart on Game Pass

If you’re looking to try out Atomic Heart via the game pass, here’s how you can get the Xbox Game Pass:

Start by signing up on the Xbox official site. There’ll be steps there to follow, just follow the given steps and purchase the tier you wish to. There are two tiers of the Xbox Game pass:

That’s everything we had regarding Atomic Heart’s game access!