Iron Valiant weakness violet – Pokemon Scarlet and Violet have a bunch of pokemon that play different roles, some of them being quite accessible while some of them are acquire-able once you reach a certain point in the storyline.

A pokemon that appears mostly in the endgame is the Iron Valiant and is most probably a concern for Pokemon Violet players.

The players that have completed the game are probably aware of the fact that the paradox pokemon are superior to all others.

To add to the previous statement, the Iron Valiant has impeccable stats paired with some abilities that pack a punch. This could prove to be a problem when the players reach the story’s endgame.

In order to face Iron Valiant, you must know its weaknesses. Hence, in this article by Frondtech, we’ll be guiding you with Iron Valiant’s Weaknesses in Pokemon Scarlet and Violet, which you could further use to defeat the pokemon in a much easier manner! 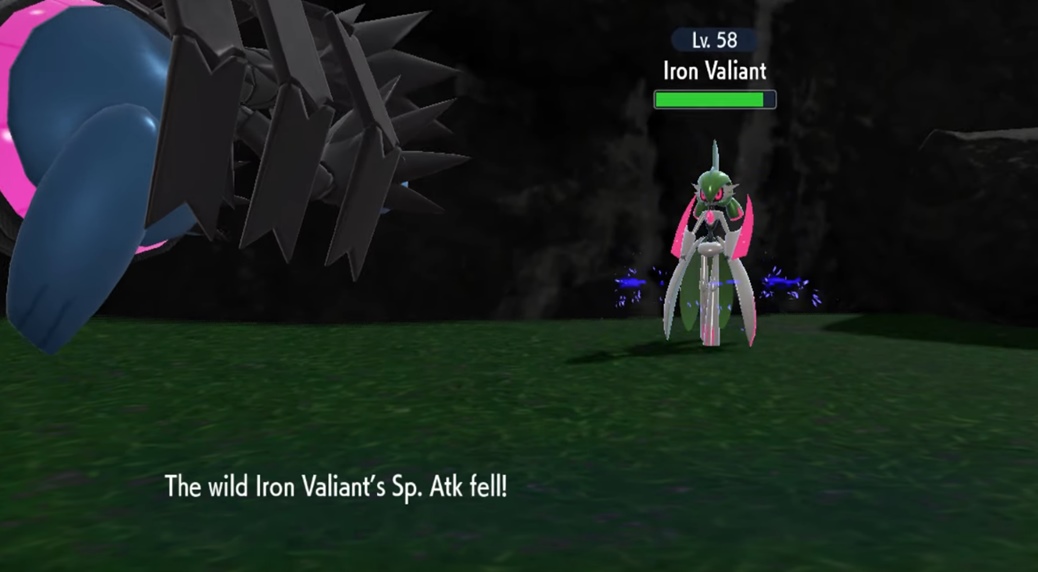 As we mentioned earlier, the Iron valiant has some insane stats, that is so due to the normal attack ability and the agility that the pokemon possesses. That is all backed by a special attack that could be subject to some criticism. However, it gets the job done, further, Moonblast and Close combat just make the situation trickier.

The pokemon is Fairy/Fighting type, which concludes that the primary weaknesses would be:

This tells us that the Iron Valiant could be considered particularly weak towards pokemon like Talonflame. However, this is likely to change if you face another Iron Valiant that has been trained by another player. Going forward, we’d like to add some other pokemon suggestions that could face the Iron valiant:

Now, in the case of a player-trained Iron Valiant, we suggest that you play it safe and go with a pokemon that has remarkable defensive stats. Toxapex is a good option to go with!

That’s everything we had on the Iron Valiant’s Weaknesses in Pokemon Scarlet and Violet.