Pokemon Scarlet and Violet feature the very brand-new paradox Pokemon which gives its viewers a slight twist to the already familiar faces. In a lot of cases though, these Pokemon are more powerful compared to their original forms, and this is for sure true in the cases of Misdreavus based Flutter Mane, and Delibird based Iron Bundle.

Now talking about Iron Moth, which is the futuristic form of Volcarona also contains quite a few changes that are interesting, that is, from different stats and then going to a totally different typing. These changes might seem a little intimidating for a few of you out there, that is especially for those players that are waiting to take the pokemon down.

But on the bright side, the game also has provided it with a few new weaknesses to this pokemon who is otherwise a potent enemy. All such weaknesses are what we recommend that you exploit, but fast to avoid the chances of getting taken down by it. So here is a detailed guide about how you can defeat this form of Volcarona by using its weaknesses. 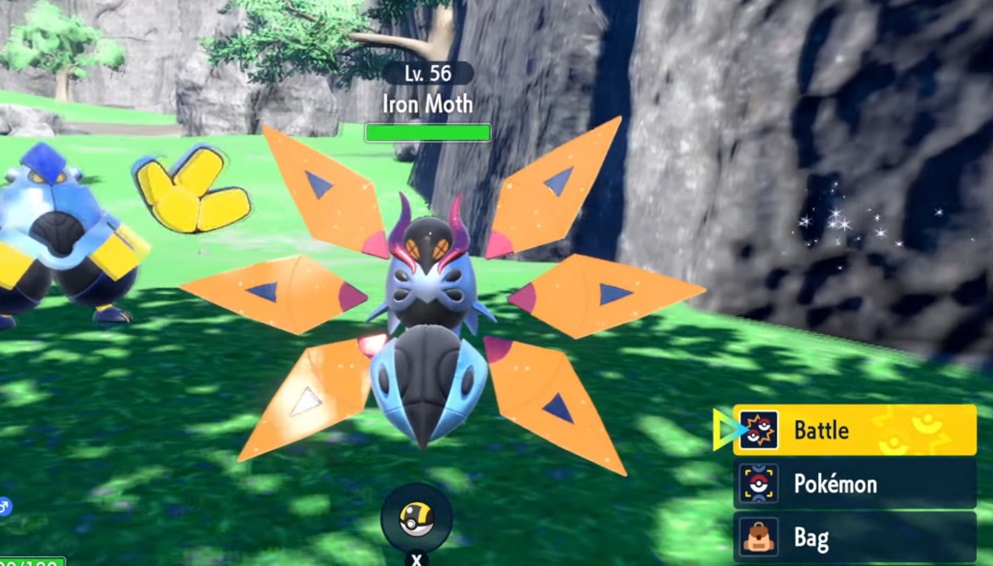 The stats of Iron Moth aren’t very different from that of Volcarona’s. It has majorly all its stats, a little more than usual. However, there are exceptions, that are – HP and Defense, which are lower. Iron Moth is a Fire/Poison type, that is different from Volcarona, and thus it removes its prior form’s weakness to the flying types and also lowers the effect of the rock type moves.

Although, on the other hand, it now also makes the pokemon weak to the Psychic type moves and also now weaker to the Ground-type moves.

However, another advantage is that Iron Moth’s typing would give it good resistance to the Bug, Fairy, and Grass. The vast variety of moves that it has makes it an immense force that the players must reckon with for a lot of pokemons regardless.

We’d say that your best bet at trying to take down this pokemon would be to use a pokemon with high speed or defense, with good attack, and preferably a pokemon with physical ground-type attacks.

To say it in a better way, your best bet is using Dugtrio against Iron Moth. It can easily outspeed it when it has good natures or IVs, and the impact of its attack is such that one hit with Earthquake (a powerful Ground type move) will render the Pokemon packing.

Another great choice could be the new Clodsire. Even with its hilarious speed, it has high special defense and HP, which would save it from a majority of moves of the Iron Moth.

That is all there is to know about Iron Moth’s weaknesses in Pokemon Scarlet and Violet. Stay tuned for further updates!

Pokemon Scarlet and Violet was released on the 18th of November, 2022, and has been a hit since then. It is a Nintendo Switch exclusive and features an open world where you can catch pokemons and even go on picnics with them.