Hydro Cannon TM Scarlet Violet – TMs or the technical moves are a Pokemon staple and basically offer varied capabilities for the Pokemons to learn.

Pokemon Scarlet and Violet further added to the concept by enabling the players to find the correct materials to craft this in the TM Machine in the Pokemon Center.

However, sometimes finding the required materials to craft the TM can be more complex than finding the actual TM in the world.

In this article, we will be looking at where to find the Hydro Cannon TM in Pokemon Scarlet or Pokemon Violet.

The Hydro Cannon TM is a powerful water-type TM that you will want to add to your party. It is hidden very well towards the edge of the map inside a cave.

The Hydro Cannon is around the eastern side of the Glaseado Mountains. When you go there, instead of just the Hydro Cannon TM, you will also find the Frenzy Plant and the Blast Burn TM, which are super powerful for their specific pokemon-type. Here is the exact location of the cave: 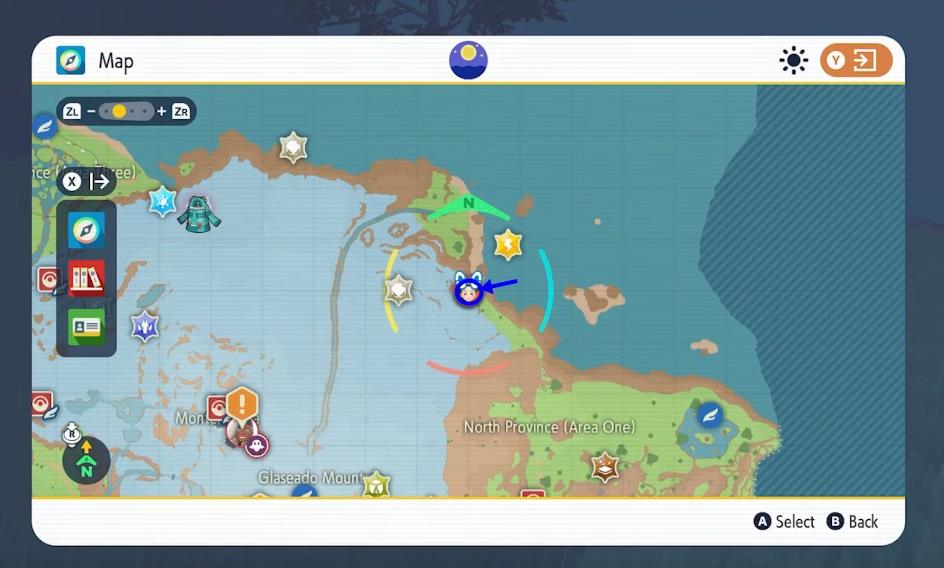 This particular cave could be a little difficult to notice due to the fact that it camouflages against the mountain pretty well. The best way, thus, that we recommend is to make your way slowly down from the top.

You will notice a ledge with grass without going all the way down the mountain. Once you spot this grass, know that you are close, with snow being on top.

How to craft the Hydro Cannon TM

You can head over to the TM machine in the Pokemon Center and use the following materials to craft the Hydro Cannon TM:

To our surprise, this Tm takes fewer materials than the other TMs to craft.

Note that you will actually have to find this TM in the location that we have mentioned above before you actually go to craft it at the Poke Center.

If you are a water-based trainer, we recommend picking up as many of these TMs as possible because they’ll prove to be extremely helpful in the battles.

As you keep collecting more and more TMs, you will be creating a party that is well-balanced and will be able to defeat any trainer that you encounter. Also, maintain a high level of friendship with your Pokemon, as it’ll benefit you.

That is all that we had on how to Hydro Cannon TM location in Pokemon Scarlet and Violet.