Hydreigon weakness scarlet – The time-limited Tera Raids include Dragapult for Pokemon Violet players and Hydreigon for Pokemon Scarlet players. We’ve covered Dragapult’s weaknesses in an earlier article, so we recommend you check it out for insights on the same. Another thing to note is that even though the Pokemons are game-specific, you could face them via multiplayer mode, so knowing a bit about them could prove essential.

In this article by Frondtech, we’ll be covering Hydreigon’s weaknesses in Pokemon Scarlet and Violet, it’s quite important to know in order to get done with the Hydreigon limited time tera raid so keep reading to know more!

To know how to counter Hydreigon, you must know the type of the pokemon. Hydreigon is a Dark/Dragon type pokemon, signifying that conventionally, the counters would be any Pokemon with Fighting, Fairy, Ice, Bug and Dragon-type moves. To get deeper into it, Hydreigon, in some forms, might even possess the levitating ability, which makes the ground-type moves useless against it. Additionally, Hydreigon’s moves could include a mix of Dragon, Rock, Steel, Fire, Ground, and Fighting-type moves. 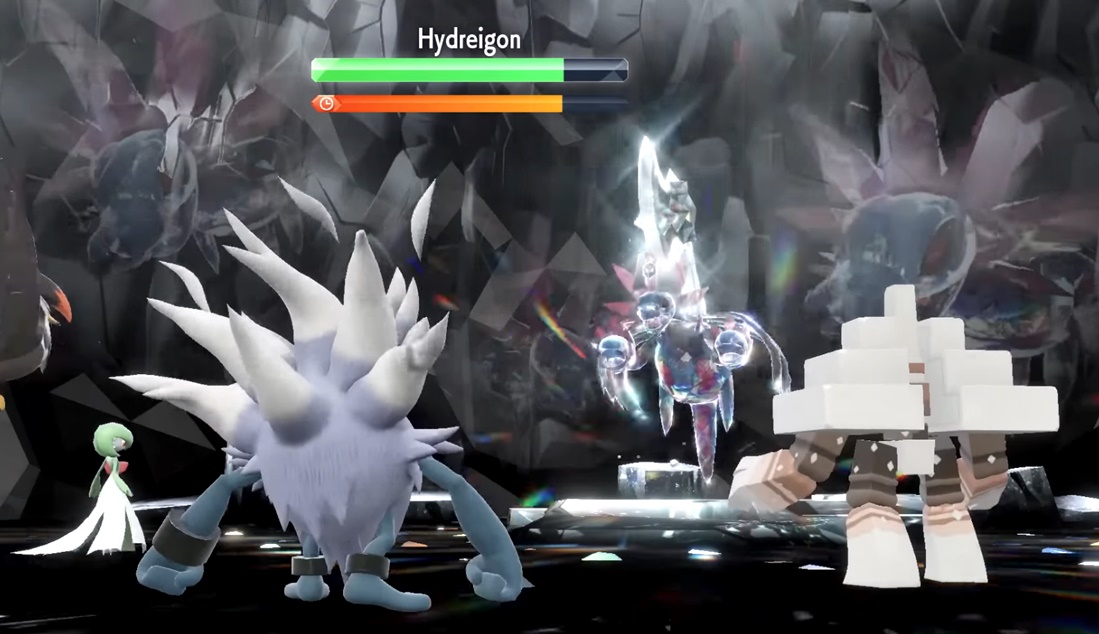 Going for a fairy-type pokemon would be a good move as it can help you counter Dark, Dragon, and Fighting-type moves, meaning that no damage would be taken from moves such as Dragon Pulse, Draco Meteor, Focus Blast, Crunch and Dark Pulse. What’s left now would be Fire Blast and Flash cannon, and to survive the same, you’d have to go with a Pokemon with enough HP to take damage from the same. Giving your pokemon Held Items such as “Leftovers” or “Shell Bell” could help you overcome this problem.

To get a much better position, though, we’d suggest that you go for Calm Mind or Aromatic Mist or actually any other move that’d help increase the Special Defense stat of your Pokemon.

Another thing to note is that Hydreigon mostly uses its Special Attack ability, so going for a better EV Spread focusing more on Special Defense and Attack could prove to be highly beneficial for you.

Finally, having additional moves like Helping hand, Play rough, or Sword Dance could help attack stats of allies all while reducing the same for Hydreigon, getting you into a much better position. As goes for the Tera-type, you should pick accordingly!

That’s everything you need to know about Hydreigon’s Weaknesses in Pokemon Scarlet and Violet.