Among the many missions you need to complete in this game, there is a specific location called The Breach, that you will need to reach to meet one of the in-game commission requirements.

The Breach is a locked location situated just nearby the Salvage Shop. So this article will guide you on how to unlock The Breach location in My time at Sandrock. 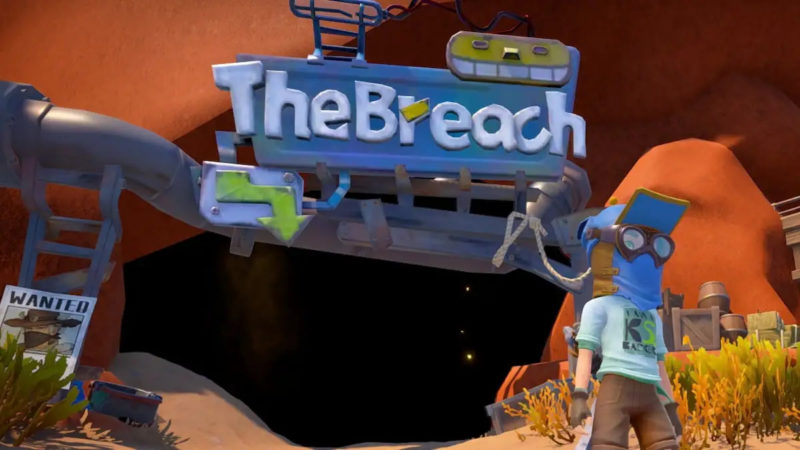 How to Unlock The Breach in My Time at Sandrock

As we have mentioned before, the Breach is a locked location in the game you need to unlock. However, do note that the Breach is a town that is locked out for a specific reason because it is filled with Old Aggressive Robots that are going to be quite tough to deal with during the initial hours of the game. But if you still want to venture out, you will have to do the Moisture Farm Blues mission.

It is one of the story missions where you will be tasked with visiting this area. Once you set your foot into that area, the site gets unlocked for you in the game. You can roam around and find the valuable resources that the location offers.

Because of the Moisture Farm Blues Mission, you will be able to unlock farming. To open farming inside The Breach Town, you will have to interact with the only farmer in the area. The farmer will request you to help him create a hydrogel so that his plants get the required water supply after his farm gets attacked by enemies known as Geeglers.

While you are on your way looking for parts for the hydrogel, Qi, your researcher will guide you about the materials and supplies that you will need to complete the hydrogel.

So this was all about how to unlock Breach in My time at Sandrock. Ensure you have reached at least Level 10 and have proper weapons and armors to fight against those old-world robots. It is not easy to defeat those robots, so make sure you are fully prepared for a head-to-head fight.

Once you have all your weapons and skills leveled up to 10, you can head over to the Head of the Civil Corps, and he will unlock the location for you. Once he does that, get inside the area, do the missions, fight with the Geeglers and robots, and the site will be unlocked forever for you in the game once you visit here for the first time.