The Season of the Risen has finally arrived in Destiny 2, and after a lot of anticipation, The new Witch Queen expansion update is here. This new expansion has brought a ton of content to the game. The update was around 21 GB on Steam. There are a bunch of new Exotics, a ton of new powerful Legendary weapons, and many more.

So coming back to the main point, whenever you have earned enough Experience Points, you will be able to unlock certain rewards. You don’t start the game with the artifact in your inventory. You can get it after you complete the first initial missions of the game. So this guide will help you on how to get the Synaptic spear Artifact in Destiny 2 The Witch Queen. 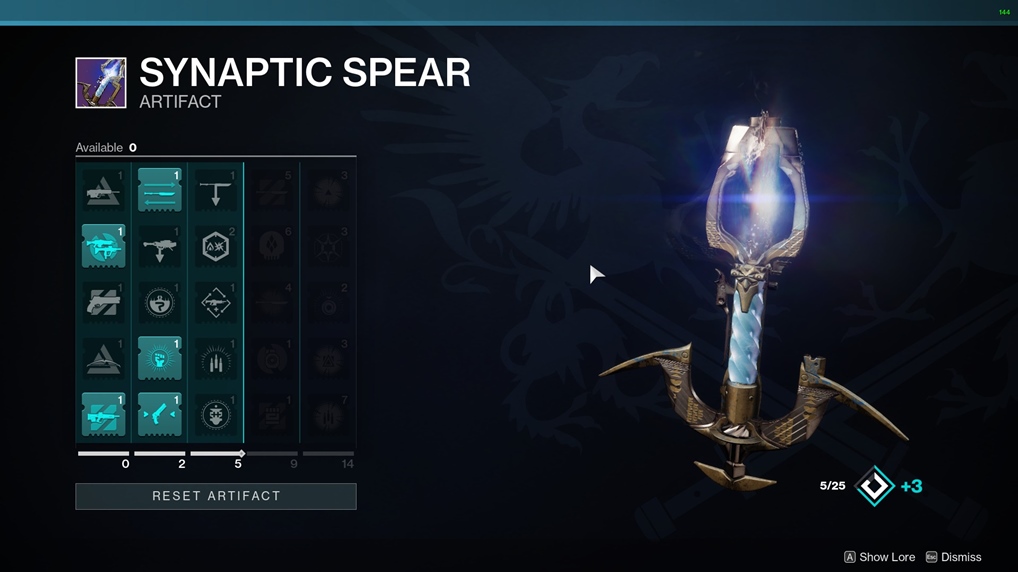 How to get Synaptic Spear Artifact

Here are the mods for the Synaptic spear and once you unlock the Artifact.

So this is how to get Synaptic Spear Artifact in Destiny 2 The Witch Queen.

If you think this guide has helped you, then let us know in the comment section below. And for more Destiny 2 guides, keep an eye on Frondtech. We will be covering every single technical issue of the game on the launch day. Good luck!