Forgotten Tower Diablo Immortal – Diablo Immortal is an action role-playing game, and anyone can play with their android, iOS, or Pc since it’s a free-to-play game. In this game, you can explore many adventures and quests to level up your current stages.

How to unlock Forgotten Tower in Diablo Immortal

To unlock the Forgotten Tower, players should finish around the end of the Dark Wood quest line. Once you complete the Blood of Resurrection, you can earn access to the Dungeon. At this time, you should defeat the main lead, who leads the way to the Tree of Inifuss. After that, it will allow you to set foot in the Forgotten Tower.

The Forgotten Tower is loaded with mobs, Quill Rats, Direwolves, Dark Creepers, Hungry Torsos, and much more. You can also meet up with evil bosses and enemies to defeat. Your main goal in the Dungeon is to defeat The Countess. But before that, you are required to beat the Bloodsworn army and the Blood Priestess Innaloth. 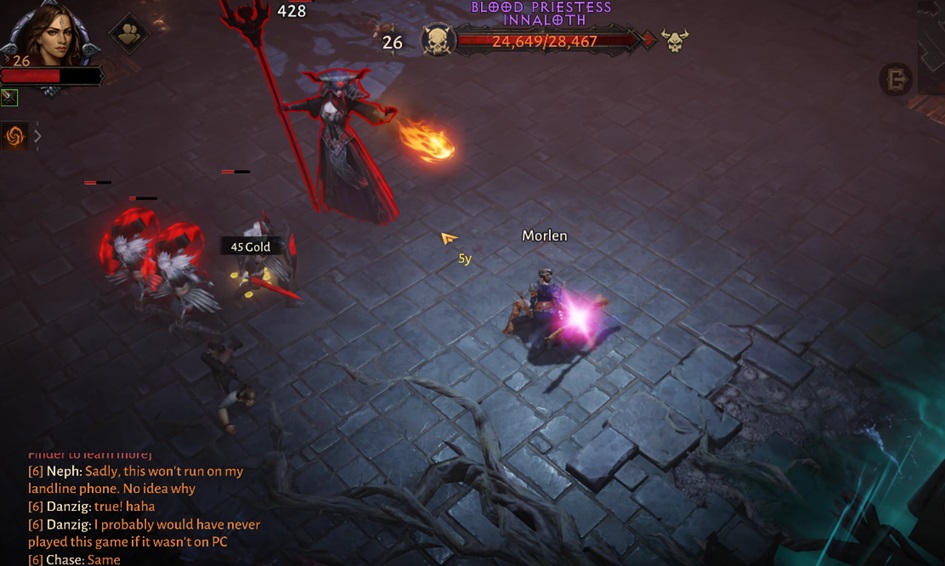 The starting stage of the Forgotten Tower has various Direwolves. If you want any loot, you can kill these optional mobs or move forward to beat Innaloth, who is somewhat having a lot of hit points. Stay cautious during the fight, as the Priestess knows some AoE attacks, and she’s not alone. She’s having a large group of Bloodsworn. So you are recommended to eliminate these groups.

If you win the match against Priestess Innaloth, you will have to talk with the Dying Rogue to move forward in the Dungeon. After that, you have to defeat waves of Bloodsworn troops in a short period. By finishing this challenge, you can get five Bonus Chests as a reward.

Now, it’s time to head to the top-central northwestern room to face the Countess. She’s the dungeon’s main boss and the one holding various attacks. Be aware of the major attacks from Countess. She will generate Blood Bats to attack you and blood pentagrams on the floor.

Alright, you’ve successfully defeated The Countess. Now, the Forgotten Tower road was unlocked, and you’re getting the Wisdom’s Edge Amulet, the Prisoner Ring, and Mountebank’s Slyness Boots as rewards.