Looking to unlock Feeling Rusty in Call of Duty Modern Warfare 2019? Don’t worry we got you. 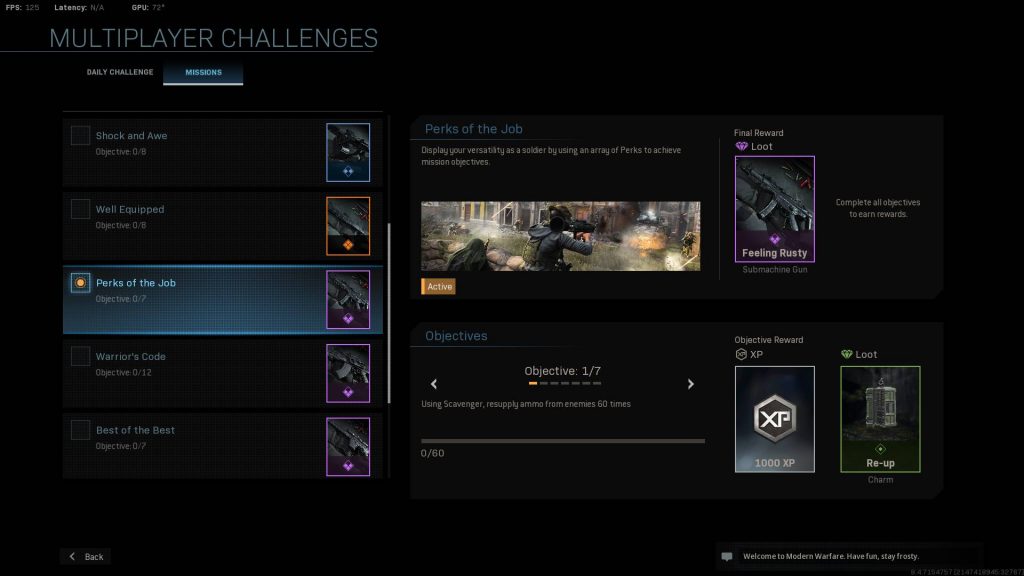 Feeling Rusty is a Submachine Gun or SMG of the Purple or Epic rarity in COD Modern Warfare 2019. It is the final reward that you get after completing the Multiplayer Mission called ‘Perks of the Job‘. This SMG has to be one of the best SMGs that you can get in the game. The weapon has pretty good range and fire rate. At times it almost feels like an Assault Rifle. You can take down down opponents at Point Blank and as well as medium range with ease. Pair Feeling Rusty with a Marksman Rifle using the Overkill perk and you will have an awesome time in almost every mode.

Using Overkill, get 60 Kills with your Secondary

A total of 7 objectives you need to complete if you want the Feeling Rusty.

We have also covered some other Multiplayer Missions. Check them out.

Check out some other COD MW 2019 guides: