One of the most anticipated sports games of 2022, NBA 2K23 is finally available across all the major platforms. In this game, get ready with your NBA squad to explore the new season and pile the rewards in your NBA Talents.

While exploring this open-world simulation game, make fun activities to collect various items of Michael Jordan since it’s a Jordan-themed season. In this brand-new basketball season, enjoy the new content, gameplay, and fascinating graphics by the visual concepts.

You can also check out The Rec, Club 2k, and a few meaningful features from the previous game show. Be alert with your squad to beat your opponent team in this simulation game, and don’t forget to complete your daily quests and challenges to get your rewards. One such reward is to take off the shirt.

Most of the time, Taking Shirt Off while playing NBA 2K23 will be great memories with your squad, don’t you agree? If you agree, complete this specific quest to take off the shirt in this simulation game. If you don’t know about the quest, delve into this article to learn How to take off a shirt in NBA 2K23. 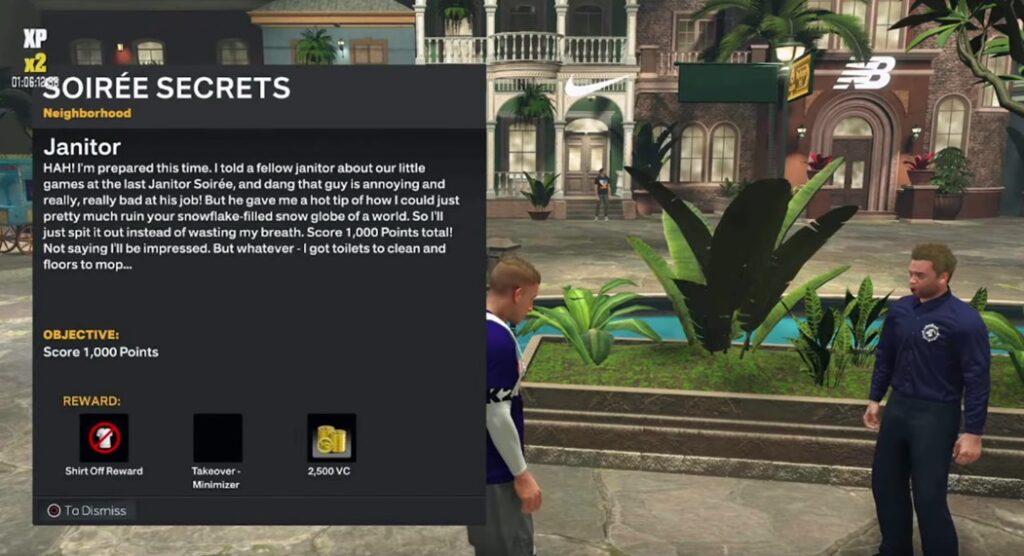 To take off your shirt in NBA 2K23, you should complete the Soirée Secrets quest in this simulation game. Follow up on the below sections, which direct you to meet Janitor.

Firstly, head to the Silver Deck’s Promenade close to the Daily Spin and Adidas store and find the Janitor, an NPC wearing a dark blue staff shirt with dark grey pants. He’s the one who will assign the Soirée Secrets quests to you. Once you have found him, check out the steps below to complete the simulation game’s quests.

Remember that you can also meet Mr. Ronnie and have a good conversation with him at four locations while trying to complete the Rebirth Quests if you are on your Next-gen devices. Once you are done with the conversation with a good 88 OVR, then you get a chance to take off your shirt.