Pokemon Scarlet and Violet were released on 18th of November 2022, and with the game comes a new genre of Pokemon games, the open-world one.

The game is exclusive for Nintendo Switch players and is the latest sequel to the pokemon series, which features, as we mentioned earlier, the game being Open world and also that you could play with your Friends. This renders the opportunities endless!

As you advance through the storyline, there’ll be a lot of battles taking place, and as it was with previous pokemon games, you’ll have to face 8 gym leaders in this sequel too.

It takes a bit of effort to defeat them, but if a situation arises that you want to rematch any of those gym leaders you’ve already battled against, you won’t be able to do so instantly.

It is possible, and in this article, we’ll be guiding you with how you can rematch those Gym leaders in Pokemon Scarlet and Violet.

How to Rematch Gym Leaders in Pokemon Scarlet and Violet 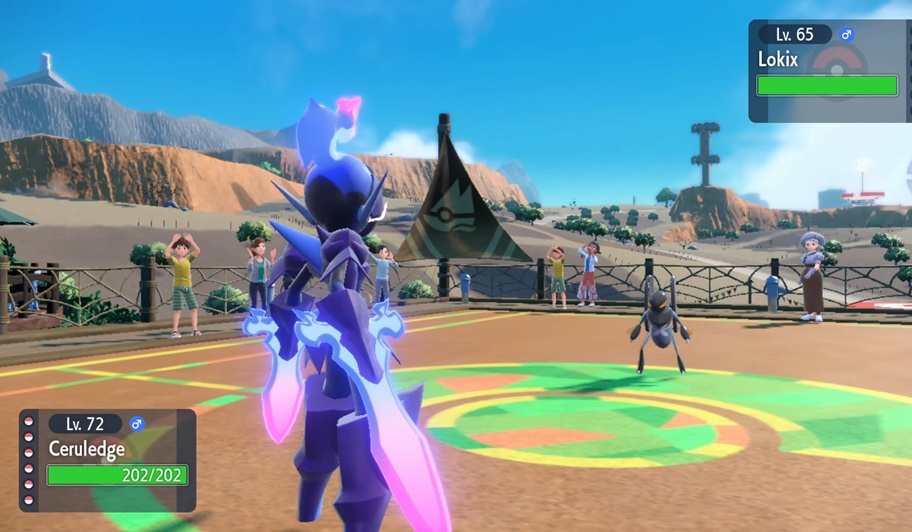 You’ll have to complete a significant part of the storyline before you can challenge those Gym leaders once again to a battle.

Once you’ve faced the Elite 4, they’ll be prompted to invite you to another battle. Keep in mind, though, it won’t be as easy as it was before. They’ll have increased strength and the battle overall will be a bit tougher than it was last time.

To finally get to the Elite 4 phase, you’ll have to defeat all the eight gym leaders the games have to offer. Once you’ve defeated the Elite 4, you’ll be able to rematch with those gym leaders in any sequence you want to.

NOTE: If you’ve followed the path of legends storyline, you can give gym battles a go. However, you’ll have to start at the very beginning rather than being able to jump straight to the elite 4. It could prove to be lengthy but still worth a shot.

That’s everything we had on how you could rematch with gym leaders in Pokemon Scarlet and Violet.