R6 Extraction game pass – This guide will show you can play Rainbow Six Extraction for free if you have an Xbox PC Game Pass subscription.

You can Rainbow Six Extraction for free using Game Pass

Believe it not, this game is based on a time-limited game mode in R6 Siege in 2018, called Outbreak. That is why you will be seeing a lot of operators from Siege. Your job is to infiltrate an alien-infested location and complete objectives, such as collecting samples, extracting materials from computers, and gathering intel.

Anyway, R6 Extraction is also available on PC. Previously, Ubisoft used to release their games on two launchers, on PC. The Ubisoft Connect and the Epic Games Launcher. But this time, they have decided to make Extraction available on PC Game Pass, as well. Which means, if you have a PC Game Pass subscription, you don’t have to buy the game from Ubisoft Connect or Epic Games Launcher. You will be able to play the game for free. Here is how.

The process is pretty simple. Here is what you need to do:

The download size of R6 Extraction is around 55.6 GB. The size of the main game is around 47 GB, and you can download the optional HD Texture Pack of 8.5 GB, if you want. 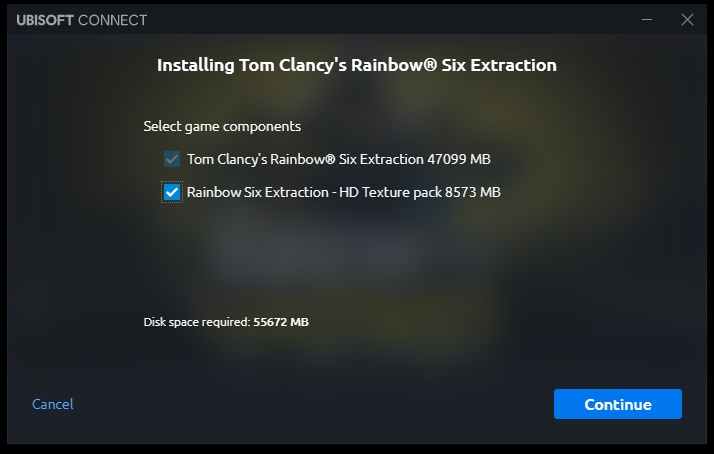 And, that is, my friends, how you can get Rainbow Six Extraction for free with the Microsoft PC Game Pass. Happy Gaming!

If you think this guide has helped you, then let us know in the comment section below. And for more R6 Extraction guides, keep an eye on Frondtech. We will be covering every single technical issue of the game on the launch day. Good luck!