The Coop mode in Dying Light 2 is super fun and since it’s the end of the world, you might as well bring in some of your friends along the journey. So this blog will guide you on how to play with friends in co-op mode in the Dying Light 2 game.

It has been a couple of days since the Dying Light 2 game has released. And yes we were very excited to play it on the launch day itself. The game bagged a total of 150K players on steam on the launch which made this game launch one of the biggest releases this year.

As the whole city is overrun by the zombies, much like its prequel, you would have to fight and dodge all of those zombies and bandits to complete the missions and the objectives. Techland’s Dying Light is always known for its smooth parkour movements along with a combination of slides and jumps from one point to another.

Dying Light Coop lets you experience the full journey with up to three players, which includes all three of you, who should be from the same platform. As the crossplay features are not available yet, Techland said that those crossplay features will be added in a future update. Till then, you can join up with your friends or random players if you are on the same platform and continue your journey. 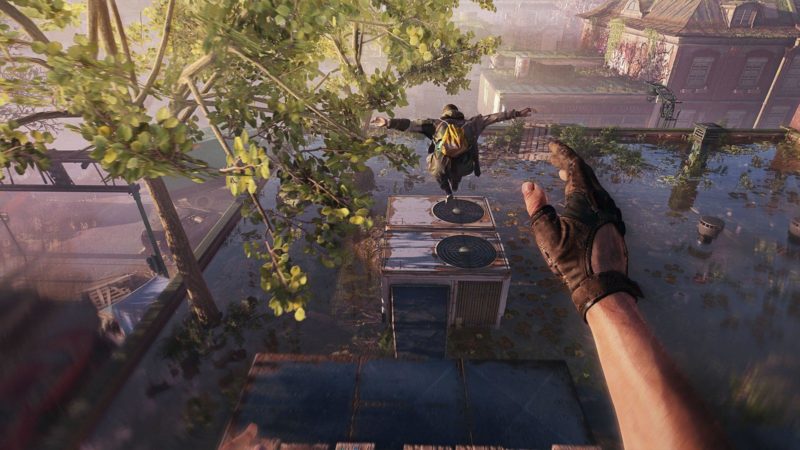 How does the Coop mode work

The Coop mode in dying light 2 would let you complete all your main missions, side missions, certain encounters and everything that the single-player mode offers with your friends. Team members would have to vote if given important choices and the host would have the final say on what decisions to be taken. It is also interesting to note that you won’t lose any progress when you switch playing from Coop to Single player.

How to start coop mode in Dying Light 2

To start the Coop mode in Dying Light 2, you would first have to complete the Prologue mission. The mission takes Aiden through the woods and a metro tunnel system, and finally into the old Villedor. After two hours of gameplay, the main city opens up. Although there isn’t much to do up to that point, and you alone will be more than enough to complete it. After you reach a certain point, you will see you can access the online options as well in the menu. You can access the Online options from either the Game’s pause menu, or you can navigate to the online options tab to start playing coop.

You can choose from three different sessions namely Public, Friends only and Private. Public matches mean anyone can see your presence and request you to join the game alongside you. Friends only and Private options are for those who want to play invite-only games or want to create their private lobby and add up friends to play with.

How to join a Coop game in Dying Light 2

After setting your game type, you can exit the menu. Another menu will open up with some online options. There are a total of three empty slots next to your character. These empty slots fills up when someone joins in. However, if we want to join the game, we can ignore it and on the left there are two different options, Join Game and Quick Join. The Join game brings up a list of the active games available, while the quick join means that you will automatically join in someone else’s game.

How to invite your friends in Dying Light 2

After you have chosen what type of game you want, you will notice that the menus will change. There will be three empty slots beside Aiden for you to invite your friends to join in. Last time, when we checked it, the inviting function didn’t work for us. Techland says that they will addressing this issue with a patch very soon.

Dying light 2 cross-platform play is still not a part of the game yet. Although the developers did mention the crossplay features coming to the game. The game supports cross gen play where Playstation 4 gamers can join with Playstation 5 and same goes with Xbox One and Xbox Series X/S gamers. There is no estimated date yet for the game.

So this was all about how to join your friends and play coop in Dying Light 2.

So this was all about Dying Light 2 guide on “How to join your friends and play coop in Dying Light 2”. If you think this guide has helped you, then let us know in the comment section below. Also, for more guides on Dying Light 2, keep an eye on Frondtech! Happy Gaming!