Another day, another Destiny 2 update. It still feels like yesterday, when Witch Queen dropped. And look at us now, already engaged in the brand new Season 17 or the Season of the Haunted.

It is true that the Season of the Haunted is not really as big as Witch Queen. But it is definitely stacked with content. There is a brand new Season Pass, new awesome exotics, exciting new Legendary weapons and armor, and a brand new seasonal activity.

Apart from all those, there is also a small campaign that you have to play in order to unlock a lot of features in Season 17. As soon as you start the game, you will be directly thrown into a mission called “Operation Midas”. And the first tricky objective that you have to complete is “Investigate the Phantoms” and look for “2 Clues”

In this article, I will tell you how to complete the “Investigate the Phantoms” objective in Operation Midas of Destiny 2 Season of The Haunted.

How to Investigate the Phantoms in Operation Midas of Destiny 2

After starting Operation Midas, and moving forward for a while, you will come by an area that is kind of dark. In order to “find the 2 Clues” during the “Investigate the Phantoms” objective, you will have to look for ghostly entities that look like this: 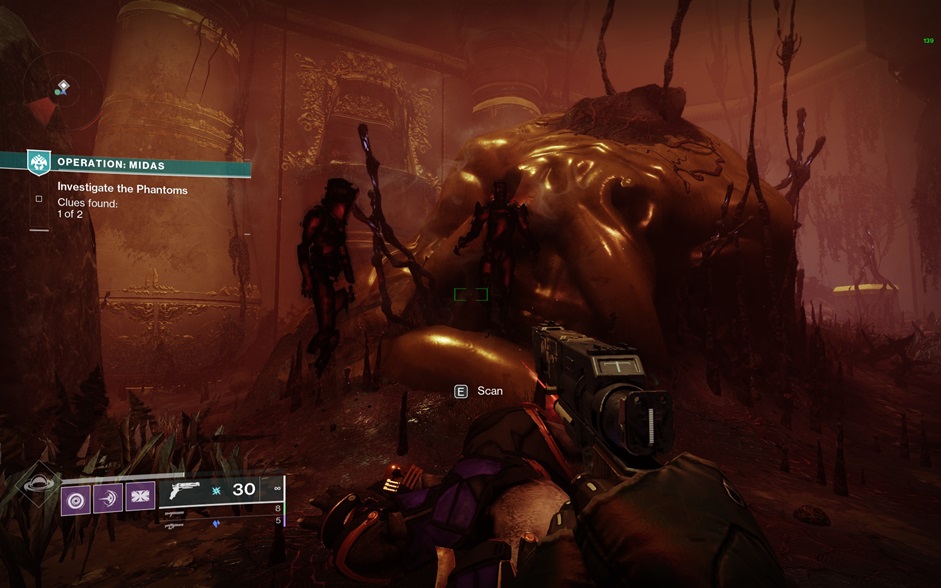 To find the first nightmare, look at the huge Calus Statue inside the room. Under the statue, you will find a small entrance that looks like this: 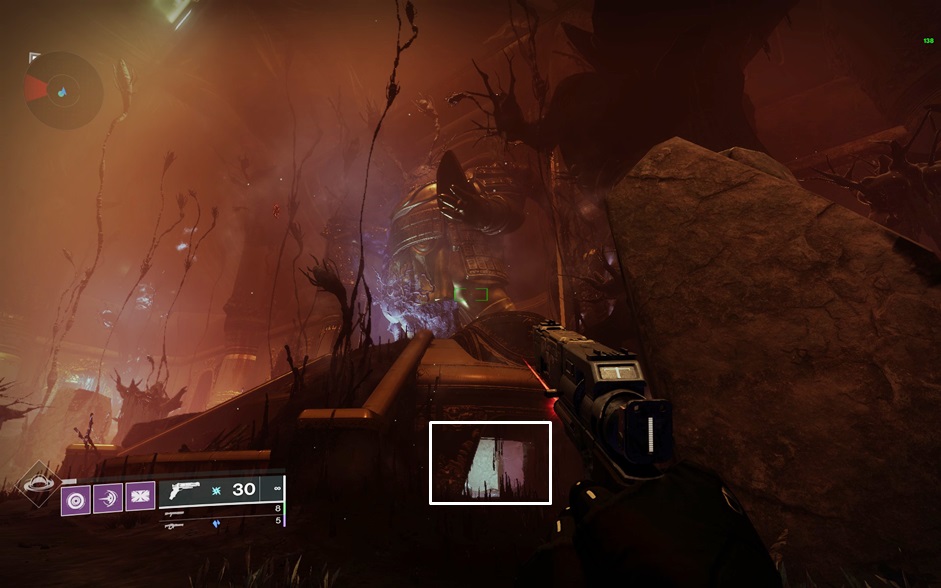 Go through the entrance, and you will find a nightmare near a wall. As soon as you go near it, it will obviously vanish. Look at the ground near the wall, you will find a broken Ghost. Scan the Ghost. By doing that, you will successfully find the first clue.

After getting the first clue, you will get a waypoint to the second clue. Which is a body of one of those cabal enemies that you might have seen inside during Leviathan Raid. Of course, there will be two nightmares there as well, that will again vanish as soon you go near them.

Scan the body, and your objective will get updated to “You seek oblivion”. You now have both the clues, and you can successfully move forward.