Bond Charge LV One Piece – Released on the 13th of January, One Piece Odyssey is a very hyped up RPG that is based on the extremely popular manga, One Piece. It is playable on the following consoles: Playstation 5, Playstation 4, Xbox Series X/S and PC.

In the game, you will come across many game and combat mechanics, one of them being Bond Charge in One Piece Odyssey. It is quite necessary and important, and we will explain how you can increase them in the game.

How to increase Bond Charge Level in One Piece Odyssey 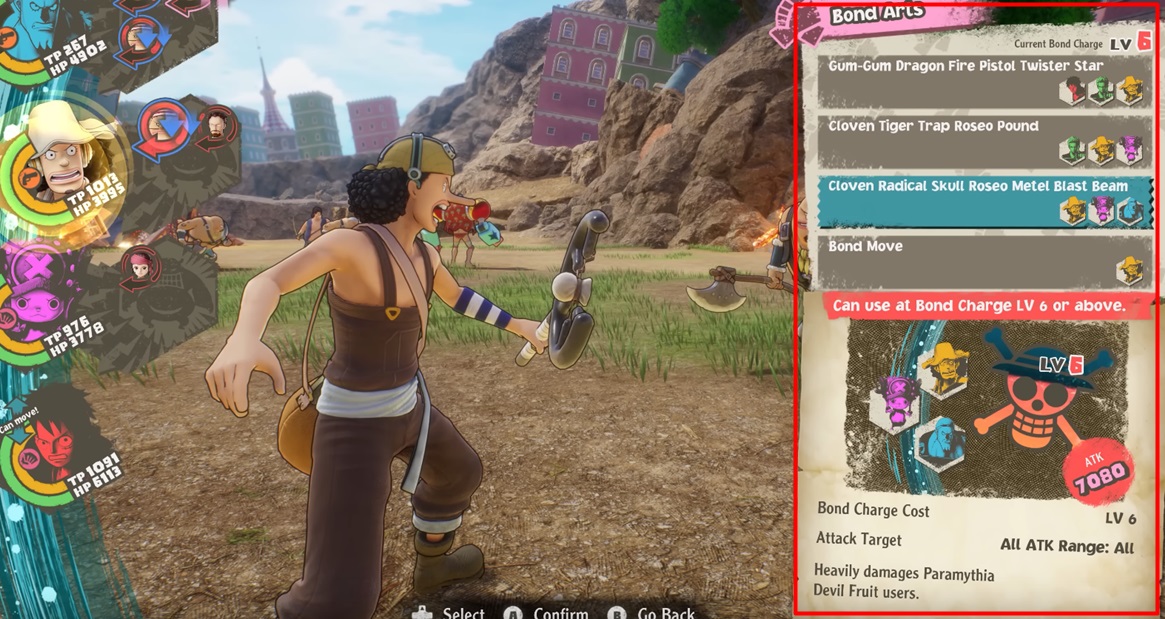 Bond Arts is a newly introduced attack in the game and is a team attack. One necessary component to use the attack is Bond Charge, and hence in the following guide, we go over how you can increase the Bond Charge levels in One Piece Odyssey.

This is due to the fact that by increasing it, you will be enabled to perform between certain characters, special moves. They are unlocked with the help of the various locations of the Hysteria Memory link. Although there is some or the other thing available for players on all sorts of levels, if you want to obtain those high-level moves you will have to get them to activate during combats by performing varied tasks.

Therefore, you will be required to perform a few tasks to thereby increase your Bond Charge levels. When you do this for the first time, you will see that you level up by quite an amount. Each time that you repeat the action, you will level up. So we recommend that you try to keep performing all sorts of unique actions as much as possible. You will need to keep repeating these actions if you want your hands at the most powerful move.

Bond Charge gets saved up for times when you are in a need of them, that is for that extra power while defeating a boss or a powerful enemy. When you use it, the actions will again reset, and you need to do the whole process again and repeat it as many times as you want. This can be done for any character.

That is all there is to know about how to increase Bond Charge level in One Piece Odyssey.