Multiversus is a 2v2 platform fighter in which players battle on different levels and attempt to knock their opponents outside the boundaries of the arena, with characters being knocked further the more damage they take.

If you are a Super Mario Bros. Brawl fan, you should try this one. The game is currently under the Early Access beta and is available for the major platforms.

The game is excellent as it puts your platform fighting skills to the test, and sometimes you do want to reward your competitors with a pat on their back as a gesture for playing a good game.

To appreciate your competitor’s efforts, you can give a toast, a breakfast item. It is a specific food item you can pass on to the opponent to show their support for playing well against you.

So if you love giving our appreciation, then this article will guide you on how to provide Toast in the Multiversus.

How to give Toast in Multiversus

It is a way to reward the players after they have fought a hard battle. Once you complete a mission, you will be able to see the characters celebrating or grieving over their loss. 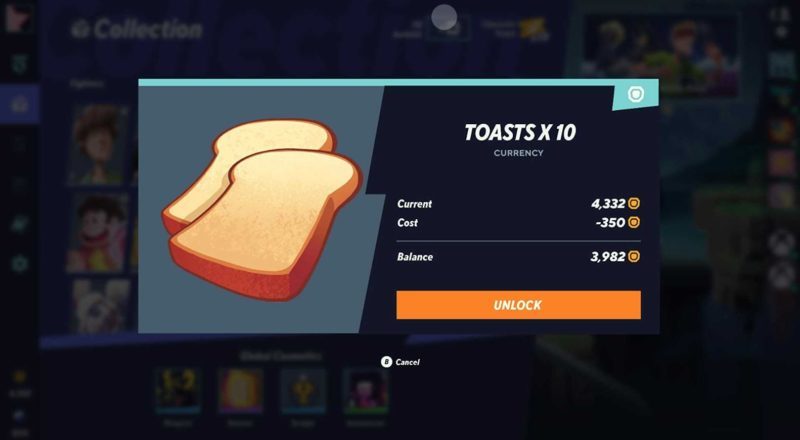 You will notice a Give Toast option on the top of every character’s head. Once you give the toast to a fellow character, they will instantly get a pat on their back for their hard work in the battle, and you also provide them with some gold for being a worthy opponent.

Remember that this option is only available once you have finished all the best of three matches. Also, note that you won’t be able to give a toast to the other player instantly after the first match. You must rematch at least once to enable the Give Toast option.

You will be able to grant players 20 Gold per toast, and they can use that currency to buy new characters. However, 20 golds is a tiny amount.

However, you can earn Toast slices by leveling up the battle pass and your characters. We suggest buying toasts only if you have spare gold left after buying your favorite characters. Otherwise, save the gold for better use later on in the game.

Giving a toast to other players is not a game changer. It is just like providing thumbs up at the end of the match.

Remember that your toast slice can be an excellent reward for the enemies and teammates if you have enough gold in your inventory.

So this was all about how to give Toast in Multiversus.