Unsullied Heart V Rising – V Rising is the newest MMORPG to get a lot of buzz online, with fans of Diablo and Lost Ark flocking to the gothic open-world game. Players may sink their teeth into the vampire-themed survival game, which includes building, crafting, and plenty of high-octane action. Whether you plan to take on your opponents solo or with your own clan in the game’s multiplayer PvP, you’ll want to start farming the greatest gear as soon as possible. So, if you’re interested in giving V Rising a shot for the first time, we’ve got all the details on platforms and whether it’s free to play.

Now, if you want to survive longer in the world of V Rising, you have to make sure that you have knowledge about all the important resources, and where to find them. One of those resources is Unsullied Heart

Unsullied Hearts are mainly used to make Greater Blood Essence. You might not have any use for them in the early stages of the game. But at the higher levels, you definitely need some. While you could easily acquire items like Leather or Iron, getting your hands on Unsullied Hearts is not quite simple. Unsullied Hearts are especially difficult to obtain because there is no reliable method of acquiring the same.

Now, if you find yourself looking for Unsullied Hearts in V rising, we can guide you!

How to get Unsullied Heart in V Rising

In my opinion, the best way to get Unsullied Hearts is by beating high-level enemies. Enemies that are Level 20+. I managed to get 6 Unsullied Hearts, that too when I was just at Gear Level 20, from the bandit camp where Rufus the Foreman is found. Here is the exact location: 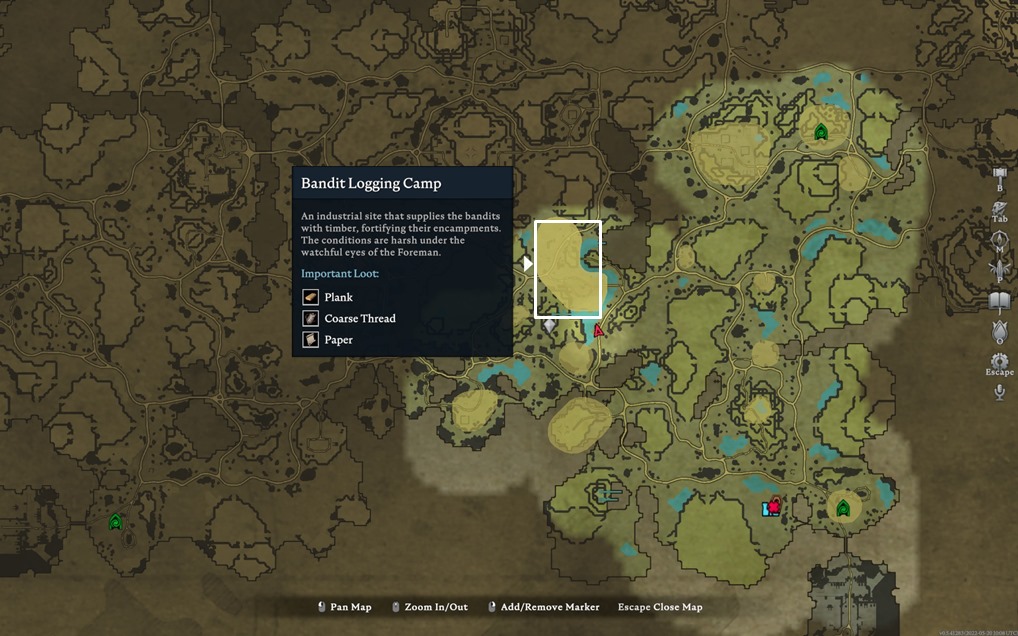 Though, I am not 100% sure whether they have a higher chance of dropping from level 20+ enemies or not. This is only an estimate given by the community, and from what I have experienced so far. There is still a lot of confusion regarding the same. Nobody knows for sure, as to what exactly could get you the Hearts, but the community seems to have a rough idea.

Some claim that every boss drops these, although it appears that only a few people have experienced this. Our honest suggestion is to keep farming mobs that are supposedly level 20 or more. One option could be to battle out the Alpha Wolf, you could definitely some. But even if you do not, don’t lose hope. You will eventually come across a couple of them when farming around the map.