Trespasser Destiny 2 – It feels like just yesterday only, we got the Witch Queen update. And here we are, already in a new season of Destiny.

The update has brought a ton of content to the game. The last time I checked, the size of the update was around 6 GB on PC. Which is nowhere near the size of the Witch Queen. But, there are a ton of new powerful Legendary weapons, new activities, a brand-new location, Solar 3.0, and most importantly, a bunch of new Exotics.

The first Exotic weapon that you will come by just after joining Destiny 2 after downloading the Season of the Haunted, is called Trespasser.

Trespasser is an Exotic Sidearm belonging to the Arc element. Which means it will go to your secondary slot. It is a 491 Rounds per minute Sidearm, with a Magazine Size of 30. It is a burst weapon.

Trespasser comes with the Intrinsic Trait, Unrepentant. Here is what the perk is all about: 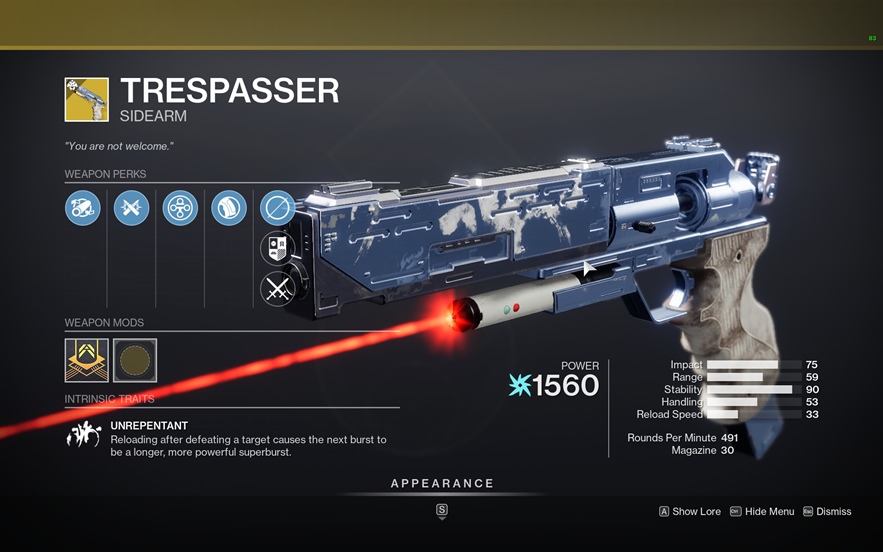 I have used the weapon in PvE, and it feels solid. Once you get a superburst, it is very easy to get superburst chains on red bar enemies. I am yet to test in PvP, though. But, I think this weapon will suit controller players better than PC players.

Anyway, here is how to get the Trespasser in Destiny 2

How to get Trespasser in Destiny 2 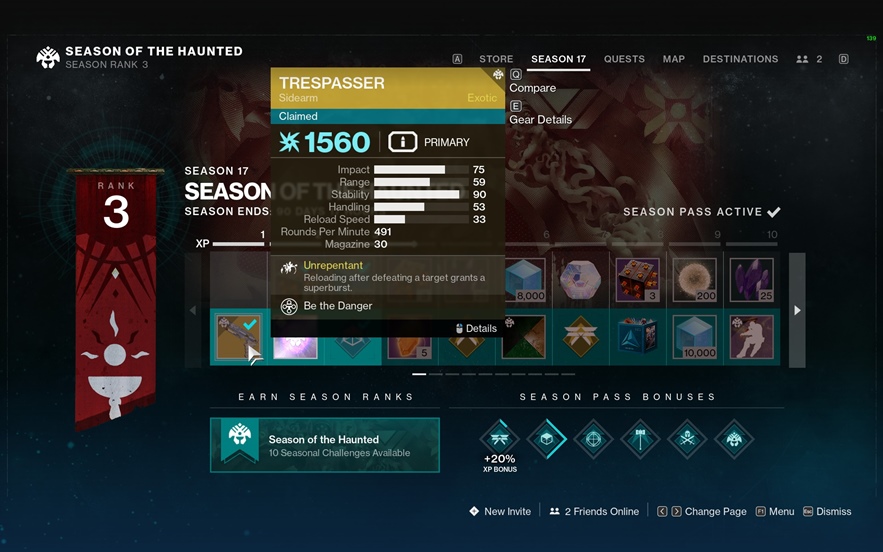 But if you don’t have the premium or paid version of the Season 17 Season Pass, then you will have to level up the Season Pass to level 35. Then only, you will be able to get it.

How to get the Trespasser Catalyst 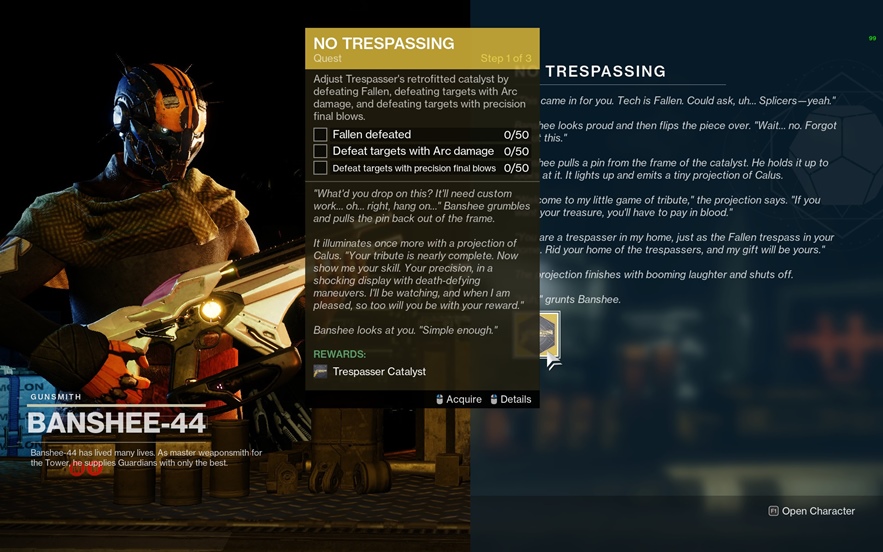 Once you complete, all the objectives, you will successfully unlock the Trespasser Catalyst.