Touch of Malice Destiny 2 – Destiny 2 just got a brand-new season, and it seems to be popping hard, so far. I play the game on PC, so the Season 18, or the Season of the Plunder was around 8 GB in size. Almost 2 GB more than the size of the Season 17 update. And it makes sense because Season 18 has way more content than Season 17 had at launch.

There is a completely new activity, a new artifact, the awesome King’s Fall Raid, Arc 3.0, and obviously, awesome new exotics.

Speaking of exotic weapons, most people have already got the Delicate Tomb Fusion Rifle from the Battle Pass. Now, it is time to talk about the second Exotic weapon of the season. Which is Touch of Malice.

So what is Touch of Malice? People who have already played Destiny 1 should already know about this. But for people who started their “Destiny” journey directly from Destiny 2, Touch of Malice is an Exotic Scout Rifle that you can get in Season 18.

It is a 260 Rounds Per Minute Kinetic Scout Rifle with a Magazine Size of 11.

Let us now take a look at the Exotic or Intrinsic Perk of Touch of Malice:

Touch of Malice also comes with another unique Trait called Charged with Blight. With this perk: Precision hits drain combatants’ life force and charge up a ball of darkness. Press R and then fire to unleash the blight projectile, shrouding combatants in darkness and temporarily blinding them.

Now, let’s take a quick look at the stats of Touch of Malice: 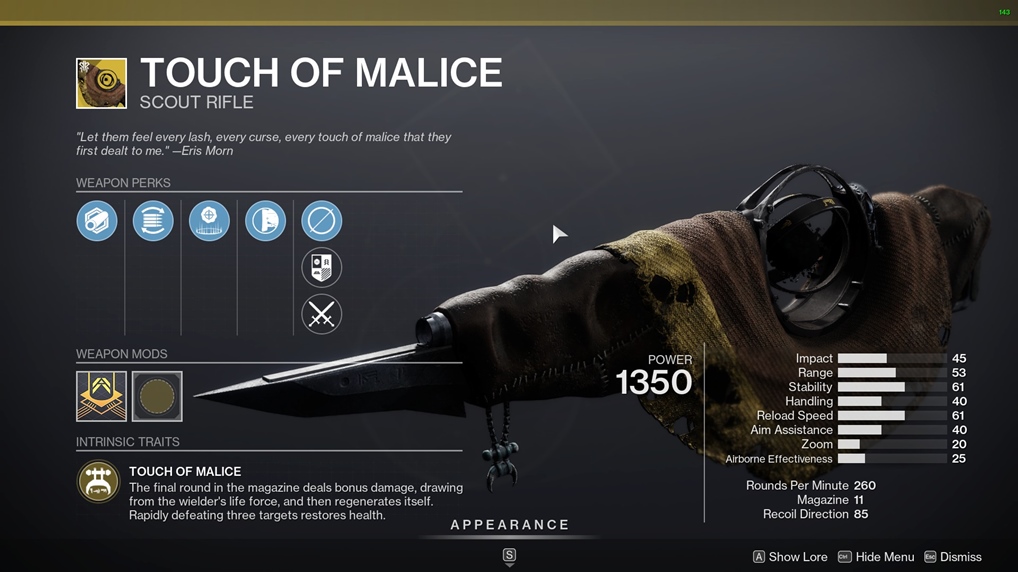 How to get Touch of Malice in Destiny 2 Season 18

You can get Touch of Malice as a drop after completing the Final Encounter of the King’s Fall Raid in Destiny 2 Season of the Plunder. 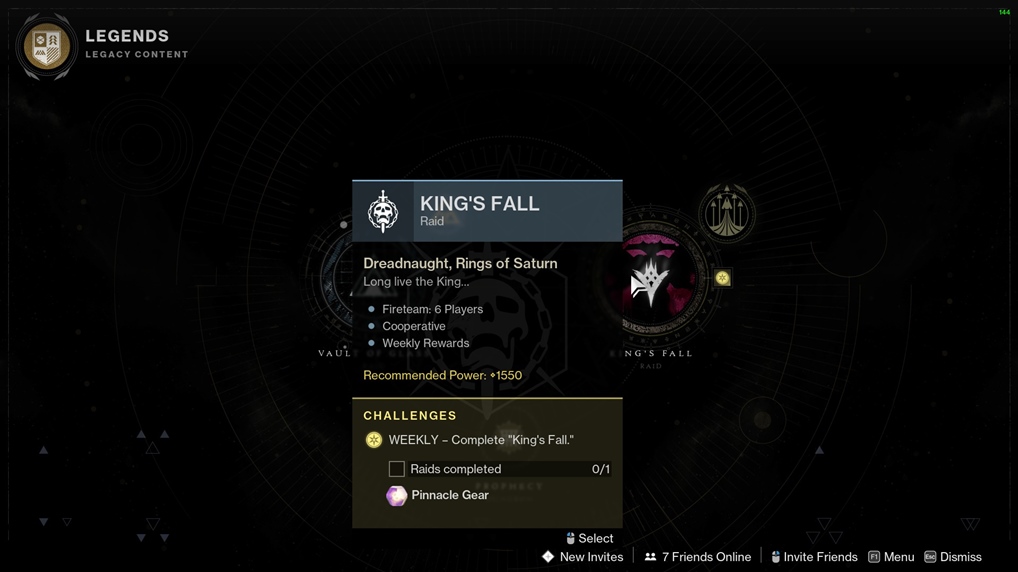 The drop is in no way guaranteed, and you might have to run the Raid multiple times to get one. I don’t remember a single Raid Weapon in Destiny 2 that had good drop rates. So, I am guessing, the case would be the same for Touch of Malice.

How to get Touch of Malice Catalyst

At the time of me writing this article, I am actually watching Gladd and Datto tear through the King’s Fall Raid. As soon as I get some info about the Touch of Malice Catalyst, and how to get it, I will update this article with accurate information immediately.

Update – August 27, 2022: Inside the King’s Fall Raid, there is a Basketball Court like setup, that people are calling “Oryx’s Basketball Court”. To get the Touch of Malice Catalyst, you and your fireteam will have to slam some orbs on a spot, together. You all have to do it together. Check out this video to get a clear scenario:

Players can unlock the new exotic catalyst by slamming the orbs (every Fireteam member) in Oryx's Basketball Court.pic.twitter.com/sF3bvwUxDu

The Touch of Malice Catalyst gives the weapon Rapid-hit capabilities.

Is Touch of Malice worth farming?

Personally, I am never going to farm a Raid for hours for a Scout Rifle. No matter how good it is. But I guess that’s just me. Make no mistake, I farmed Last Wish vigorously for Thousand Voices, and Scourge of the Past for Anarchy. But I am not so sure about Touch of Malice.

If you think this guide has helped you, then let us know in the comment section below. And for more Destiny 2 guides, keep an eye on Frondtech. Good luck!