Pokemon Scarlet and Violet is an all-new game released on November 18th, 2022. The game was developed by Gamefreak and published by Nintendo.

It is a Nintendo Switch-only game where you must explore, catch and train different Pokémons. The game borrows the traditional mechanics of a Pokémon game, but the all-new Scarlet and Violet features new storylines and Pokémon for you to catch.

The Ting Lu is a deer-type Pokémon with a stone bowl on its head. It is a hidden Pokémon that you need to find in the northern region of Paldea. It is one of the four Ruinous Legendary Pokémon that you can find in Scarlet and Violet. But to catch him, you must go through a process of collecting items and unlocking a secret shrine.

So this article will guide you on how to get Ting Lu in Scarlet and Violet.

How to get Ting Lu in Pokemon Scarlet and Violet

You will be able to find the Ting-Lu Pokemon in the northern region of Paldea. The Pokemon is locked behind a Green colored Shrine at the Socorrat Trail in the Lake of Casseroya. Here is the exact location of the Pokemon. Remember that your Koraidon or Miraidon Pokemon should know how to swim and glide properly to unlock this shrine. 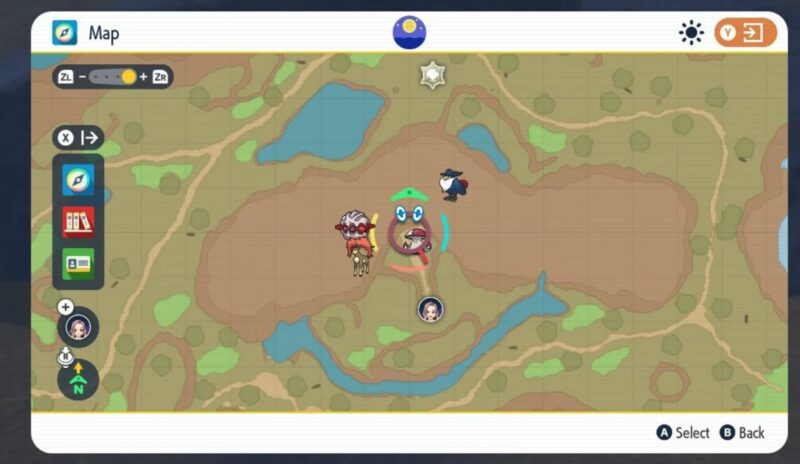 How to unlock Green Shrine to get Ting-Lu

Getting Ting-Lu is a little complicated. If you are afraid that you might not be able to defeat him on the first try itself, then disable the Auto Save Feature and Manually save your progress just outside the Groundblight green shrine after you have collected all the green stakes and unlocked the shrine so that you can reload back to the exact location.

Since Ting Lu is a dark or ground-type Pokemon, you will need to use a proper pokemon against him, like a Flying Type Pokemon, Bug Type Pokemon or Grass Type Pokemon. Always use different moves against Ting-Lu, as they can be very effective against him. But do not take out Ting Lu using the Vessel of Ruin Ability because otherwise, your entire team will have lower damaging Special Attacks.

You can also use your Ultra, Quick, Dusk, and Timer Pokeballs to capture Ting Lu. Use it at the start of the battle; if you are lucky enough, you can catch Ting Lu quickly. However, use the Dusk Pokeballs only during the nighttime. As soon as you capture Ting Lu, you will have one of the four Legendary Ruinous Pokemons in your collection.

So this was all about how to get Ting Lu in Pokemon Scarlet and Violet.