Tidebreaker Wonderlands – Just like the typical “Borderlands” games, Wonderlands also has Legendary Weapons, Gear and Spells. These Legendaries are, in no way, easy to find. And, if you do not have any idea about where to look for them, you might end up wandering the huge open world of Wonderlands, endlessly.

In this article, I am taking a look at the Tidebreaker in Tiny Tina’s Wonderlands. Let’s check out what it is, and where you can farm for it.

Tidebreaker is a Spell of the Legendary or Orange Rarity in Tiny Tina’s Wonderlands. The Spell is a part of the Coiled Captors DLC, that has arrived in Wonderlands, and If you ask me, this is one of the best spells that the DLC has to offer. This is MIRACULUM spell.

So what is so special about the Tidebreaker? Well, this Spell is the first of its kind. It comes with a new Status Effect called “Soaked”. What Soaked does is, it applies a debuff to enemies which allows you to deal extra damage to them with certain elements. For example, the one that dropped for me say, that the enemies hit by the “Soaked” effects will take 150% damage from Lightning and Frost. But when soaked, they also take less damage from Fire. So, keep that in might

The Spell sends out a tidal wave, and has insane reach. I am not so sure about “mobbing”, but I can definitely see this Spell being one of the best Spells for “Bossing”.

Let’s take a look at the stats of a Level. 40 Tidebreaker: 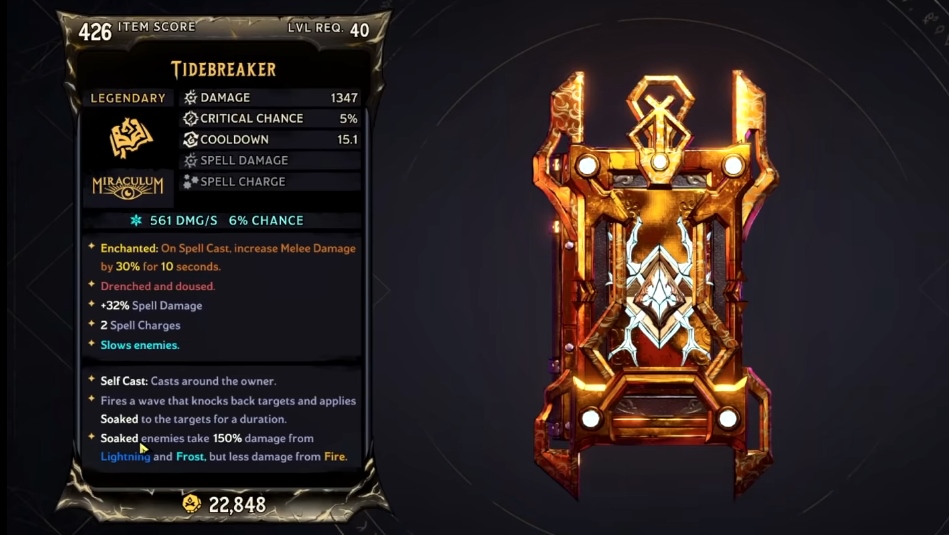 How to Get Tidebreaker in Tiny Tina’s Wonderlands

You can get or farm the Tidebreaker from Dreamveil Overlook, by starting the Coiled Captors run. Chum, who is the final boss of the Coiled Captors DLC, drops the spell. This is not a free DLC, so need to have either the Season Pass, or the DLC itself.

There is a way to farm Chum over and over again, without doing the entire Coiled Captors run every time, actually. After you eliminate Chum, just down yourself using any explosive weapon. If you have a companion, crawl away from it, and don’t let it revive you. Once you get eliminated, you will respawn again just outside the boss area. Now, go and defeat Chum again. Rinse and repeat. 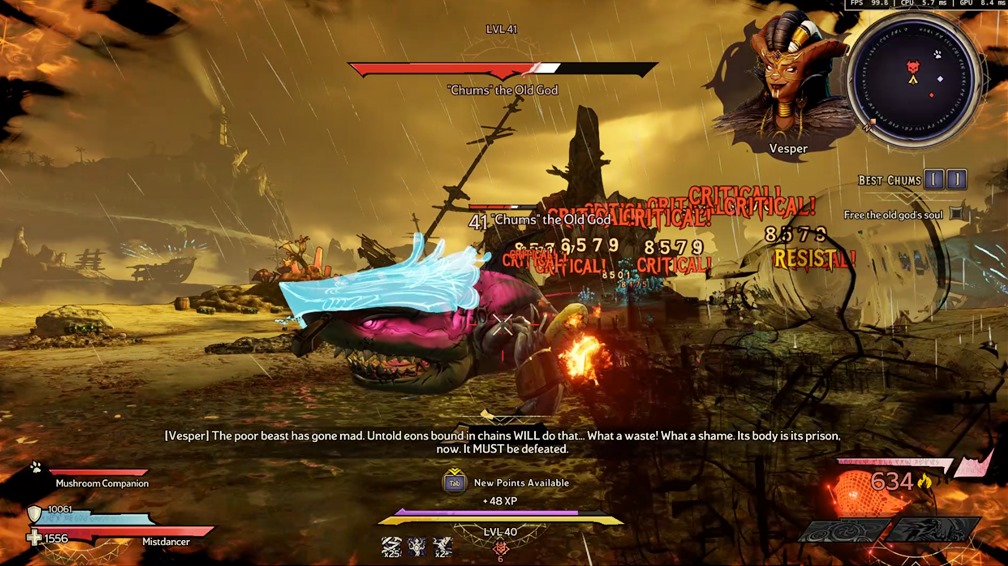 Beating Chum is extremely easy, as there is no armor or shield on the boss. I was using the Rogue Imp for the job, and was beating the boss in like 5 seconds, every time.

You can also farm for the Tidebreaker by doing Chaos Chamber Runs. Do Extended Chaos Runs, and dump crystals on the “Spell Bunny”. This is what most people would suggest. But I think they take too much time. So it is completely up to you.