Thunder Anima Wonderlands – The most popular Looter-Shooter franchise is back. But this time, in the form of an RPG game. Tiny Tina’s Wonderlands is the latest Borderlands game, and it is finally available across all the major gaming platforms. Looking at the number, I would say that the game is performing decently. Of course, the player base is nowhere close to what it was when Borderlands 3 launched. But, as long as a game looks and feels like a borderlands title, the fans don’t care what the name of the game is. They will play it, regardless.

In this article, I am taking a look at the Thunder Anima in Tiny Tina’s Wonderlands. Let’s check out what it is, and where you can farm for it.

Thunder Anima is an Assault Rifle of the Legendary or Orange Rarity type in Tiny Tina’s Wonderlands. There are several variations of the Thunder Anima, and the prefix and suffix of this weapon change depending upon the card that you get. It is a Skuldugger weapon, and it comes with only the Shock element. The specialty of this gun includes an unlimited magazine size, but the weapon heats up and eventually breaks.

So what does this Thunder Anima weapon do? Well, it shoots out bullets that will start bouncing off after the weapon heats up a little. If you keep on shooting the gun will eventually heat and repairs itself up. The bullets are capable of piercing the enemies. The weapon gets much stronger as it heats up more and more, thus creating awesome shock chains that can hit pretty hard on the enemies. You can shoot at the enemies and the bullets will ricochet off onto the other nearby enemies. The tracking is also quite nice on the Thunder Anima. The more the weapon heats up the stronger it gets. The range is nice and because of the ricochet feature it connects and deals shock damage to all the enemies nearby. You can also aim down the sights to take down the enemies at a distance while dealing extra damage. This is an excellent weapon for both boss fights and crowd control. 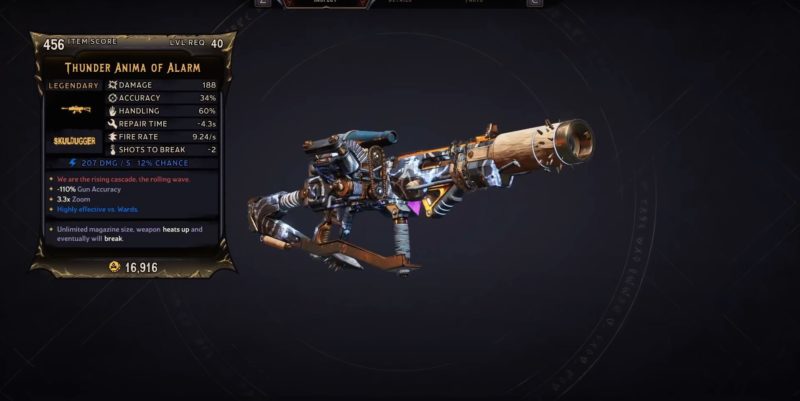 How to get Thunder Anima in Tiny Tina’s Wonderlands

Head over to the Assault Rifle Chaos bunny and feed him with crystals and hopefully, you will get this legendary Thunder Anima drop. The drops are random, so you have to have been lucky to get this weapon. Try getting this weapon after you have collected at least 80% of the loot luck dices and completed 100% of the game’s primary storyline. 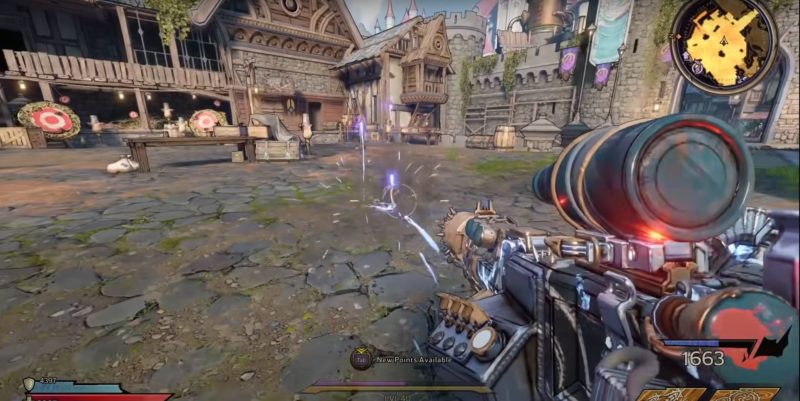