Despite being a “Borderlands” game, Tiny Tina’s Wonderlands has brought a lot of new stuff to the table. Yes, the core mechanics of the game are the same as other Borderlands games. But there are some new aspects too. One of the most noteworthy changes, apart from the usual weapons, Wonderlands features a lot of Spell and Enchantments.

Tiny Tina’s Wonderlands is a Borderlands game at the end of the day, no matter what. And just like Borderlands games, Wonderlands also has Legendary Weapons, Gear and Spells. These Legendaries are, in no way, easy to find. And, if you do not have any idea about where to look for them, you might end up wandering the huge open world of Wonderlands, aimlessly.

In this article, I am taking a look at the Storm Surge melee weapon in Tiny Tina’s Wonderlands. Let’s check out what it is, and where you can farm for it.

The Storm Surge is a Melee weapon of the Legendary or Orange Rarity in Wonderlands. There are different variations of this Storm Surge in the game and the prefix and suffix of this melee weapon change depending upon the card that you get. It is a Valora Weapon, and it comes with only the shock element. The Special effects of this weapon include melee attacks which will apply a lightning status effect. The affected enemies will have a 25% chance of getting struck by a lightning bolt. This means if you continue using your melee attack on your enemies you will have a 25% chance that your enemy will receive a lightning bolt attack.

The Storm Surge is a Valora Weapon, so the swing speed is pretty low on this one. It is a good weapon for crowd control and the lightning bolts do additional damage to the enemies. Although the lightning bolt damage isn’t a very strong one and doesn’t deal a massive amount of damage to your opponent. It is a fun melee weapon for the new Wonderlands Players! 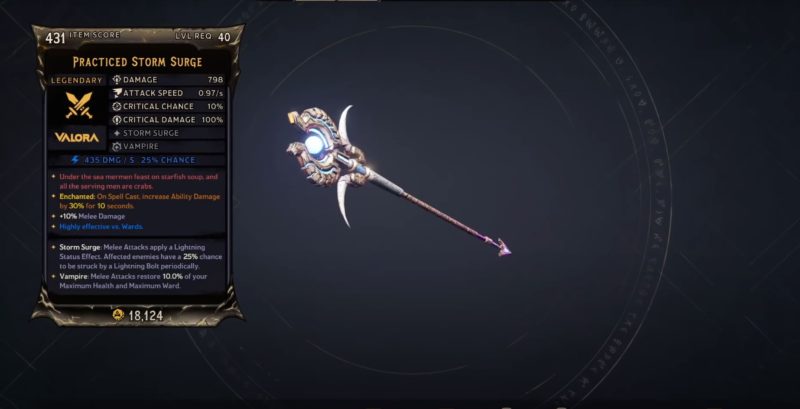 How to get Storm Surge in Tiny Tina’s Wonderlands

To farm or get the Storm Surge Melee weapon in Tiny Tina’s Wonderlands you will have to go Godswell. Now to get to Godswell, you will first have to go to Dryl’s Gallery in Drowned Abyss. And then you have to go ahead and interact with the door as marked on the map. 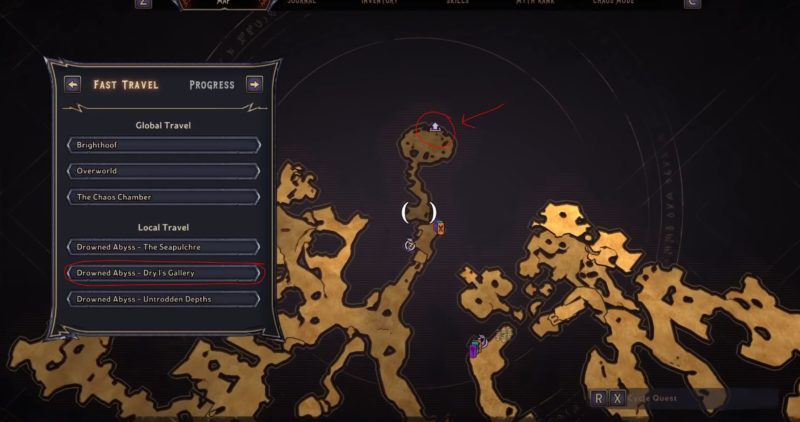 Once you come out of the fast travel, open the map and head to Dry’l’s Boudoir in The Godswell. Fast Travel to the location. 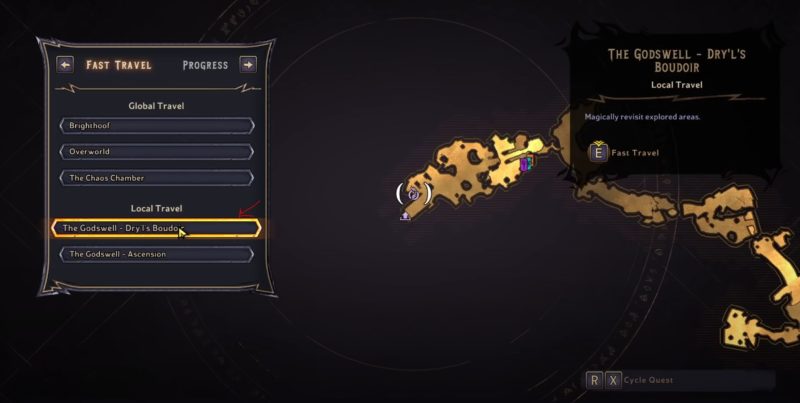 Once you come out of the door again run straight towards the marked location as shown on the map to get the boss. The boss you will be fighting is Dry’l Whose Chains are the Sea. This boss drops the Storm Surge melee weapon when defeated. 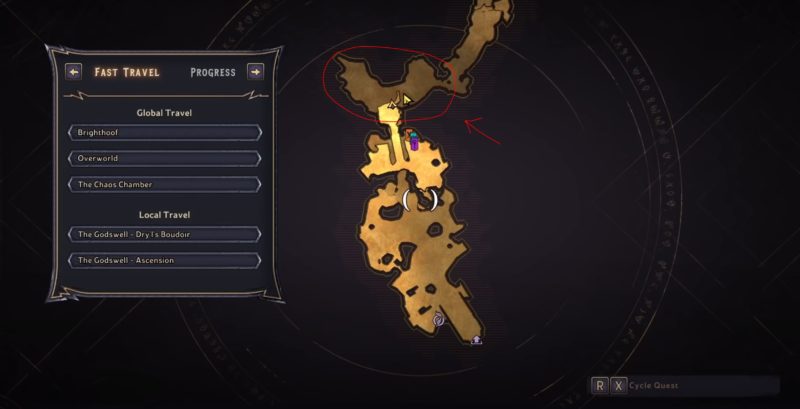 The Dry’l Whose Chains are the Sea boss is a Cthulhu-like monster. He is mainly a melee-focused boss. His fist slams are hard to dodge, and you shed a lot of armor or health because of that. There are some coiled type enemies nearby if you need to have a death save. Always try to aim for the glowing red part near his abdomen to do more critical damage. Although it is kind of a slow fight so make sure you have enough patience when you are farming for the Storm Surge. Not every run guarantees a Storm of Fate, but it is fairly easy to get if you are on higher levels. 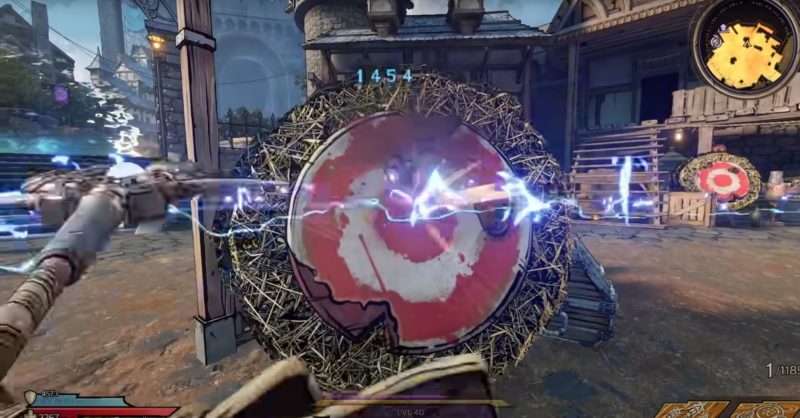