Shell Bell Pokemon scarlet violet – Pokemon Scarlet and Violet was released on the 18th of November. It features an open world where you collect Pokemons, and items, and even have picnics.

It also has legendary pokemons that you catch and use in battles. One of the essential items that have been the focus of the players in Pokemon Scarlet and Violet is Shell Bell.

The Shell Bell is an item that is held by the players, which gradually helps you get back your HP when you are attacking your opponent. This feature of the Shell Bell is what makes it essential for attacking builds during the raids that would deal you great damage by mainly building back your Pokemon’s health with each of their impactful strikes.

It has become an important item during raiding. Especially in the difficult ones, where every move hits you really hard.

Some players are facing a difficult time trying to look for Shell bell. Do not worry. We have you covered! The following guide thus helps you with how you can get Shell Bell in Pokemon Scarlet and Violet.

There are 2 ways in Pokemon Scarlet and Violet, by which you can get Shell Bell, and both of these are easy as it does not concern your progress in the game.

The first location is – Levinicia’s Delibird Presents store. Using 20,000 League Points(LP) or Pokedollars, you can buy a Shell Bell from this store. However, due to the nature of this item, this does not unlock till you progress a bit through the main gyms. 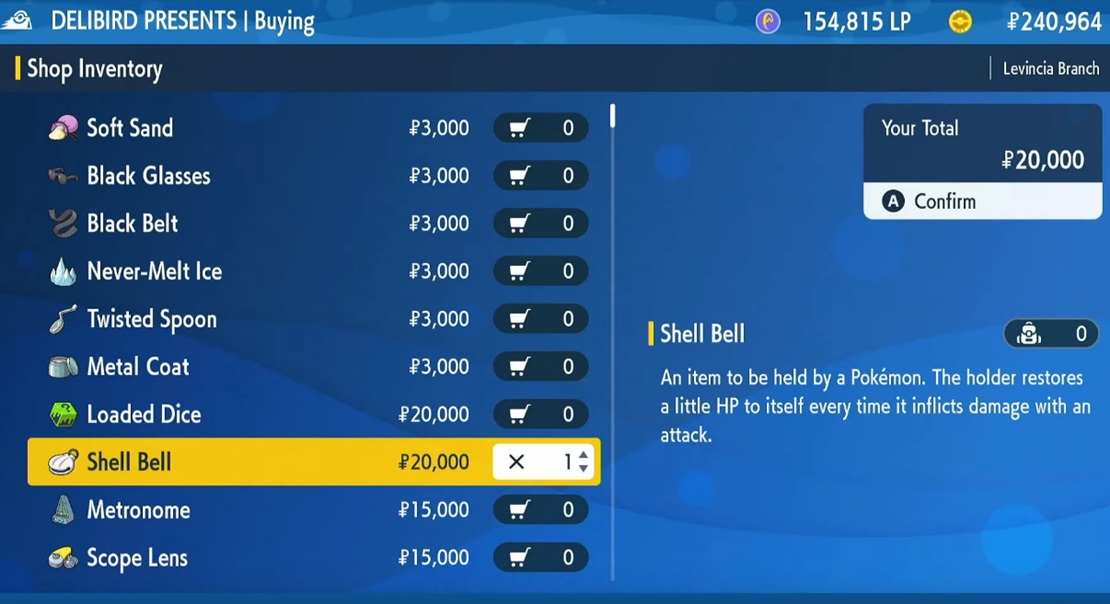 The second way, and the only other way, is to first head to the Pokemon Center of Area Three of the South Province, where you would need to speak to the League rep. This makes it pretty apparent that the second way is through battle. 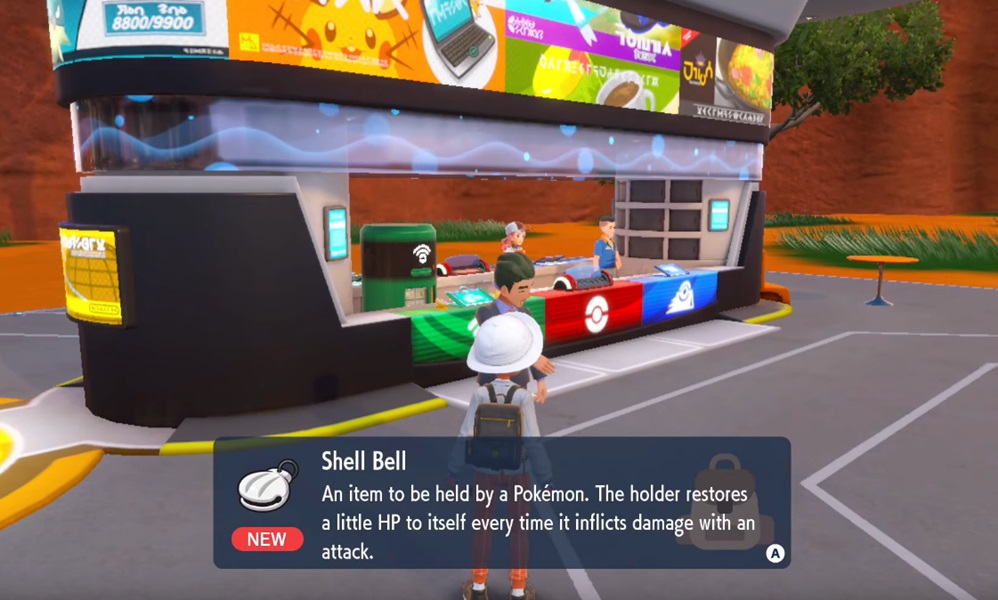 That is all that we had on how to get Shell Bell in Pokemon Scarlet and Violet.