Shadowfire Wonderlands – There is no doubt that Tiny Tina’s Wonderlands is a “Borderlands” game. And just like Borderlands games, Wonderlands also has Legendary Weapons, Gear and Spells. These Legendaries are, in no way, easy to find. And, if you do not have any idea about where to look for them, your mind end up wandering the huge open world of Wonderlands, aimlessly.

In this article, I am taking a look at the Shadowfire in Tiny Tina’s Wonderlands. Let’s check out what it is, and where you can farm for it.

Shadowfire is an SMG of the Legendary or Orange Rarity in Wonderlands. There are several variations of Shadowfire, and the prefix and suffix of this weapon will change, depending upon the drop that you get. It is a Feriore SMG, and it comes in Fire and Dark Magic elements. The specialty of this weapon includes an explosion on impact when the weapon is thrown. The thrown weapon explodes into a large Dark Magic column thus giving players the time to cast more spells for additional damage because of its huge area of effect.

The Shadowfire weapon shoots lobbing shots of that specific elemental that splashes onto the ground. Yes, these shots are self-damaging as well, so try shooting at a distance when using the Shadowfire Legendary SMG. This weapon has one of the coolest animations in the game we have seen so far. When you throw this weapon, it explodes and creates a massive pillar of Dark Magic that deals the same type of damage as a normal dark magic explosion would do but with a larger area of effect. This would be an ideal weapon mainly, especially for Dark Magic builds and would go well for Graveborn and Spellshot multi classes. We have taken this Shadowfire with us on Chaos 20 levels, and we have seen that the lobbing shots from the SMG itself don’t deal a ton of damage so the main purpose of using this weapon is because of the Dark Magic column that is good for crowd control. So make sure you use this SMG as a throwing weapon rather than a shooting one. After the recent buff, I think Gluttony is one of the best weapons for bossing as well. 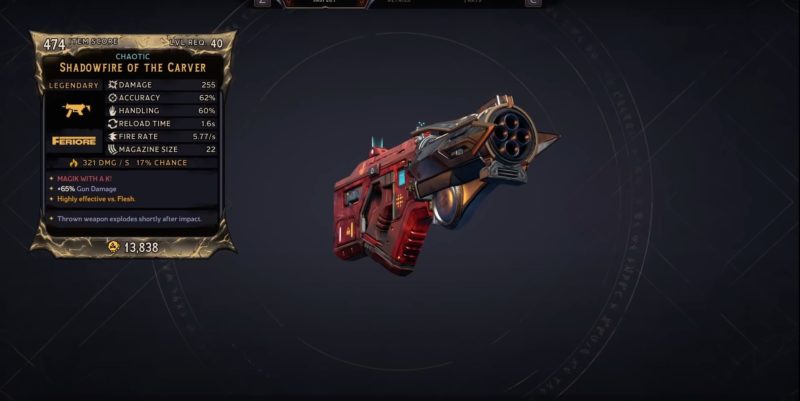 How to get Shadowfire in Tiny Tina’s Wonderlands

To get the Shadowfire, you will have to head over to the Dank Encroachment in Weepwild Dankness. Once you reach there, head over to the marked location as shown on the map. You will find a lot of Mushroom enemies on the way, you can easily ignore them and head over to the boss. The fast travel station is just nearby the boss’s location. So the time required to get to the boss is less if in case you die during the fight. Although you might be needing a couple of rounds to get it. The boss you will have to farm for the Shadowfire is the Mushroom Healer. 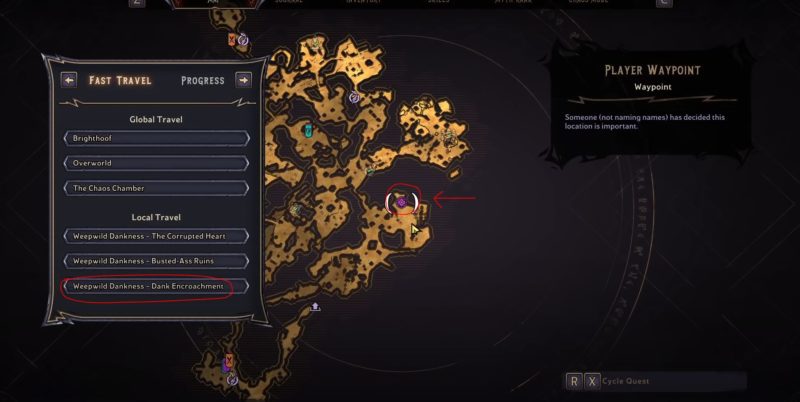 The Mushroom Healer is a Mushroom type of boss. You will find him when you are entering the Snot’s Pot. The cool thing about this boss is that you dont have to complete any missions or obelisks to make the Mushroom Healer spawn. So it is pretty straightforward. He will first spawn on a platform. Start shooting at him when he comes down from that platform. The boss is very easy to kill and make sure you carry a good fire build with you to finish the Mushroom healer off in no time. Time your attacks perfectly and shoot him from a distance. There will be other mushroom enemies like the Exploder Shroom, Shroomlets, and Firesploder Shrooms attacking you simultaneously. Try taking those out as well. Keep the smaller Shroomlets alive in case you need a Death-Save. Although not every run guarantees a Shadowfire it is quite easy to get if you are on higher levels. And also don’t forget to increase the loot luck before fighting the Mushroom Healer by finding the lucky dice in the area to help you get closer to the chances of getting this legendary weapon. 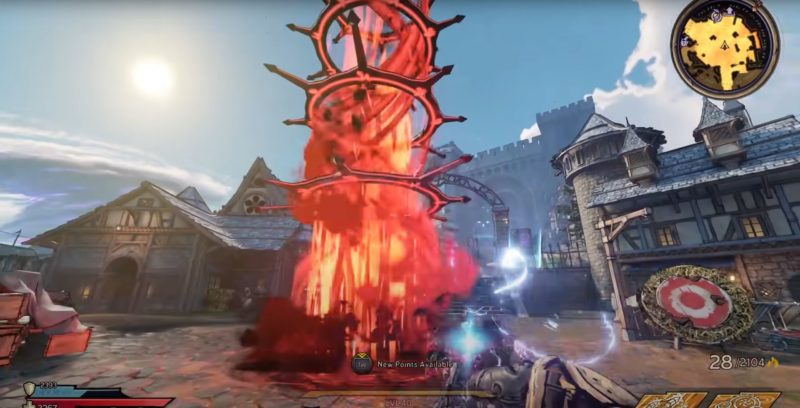