Scyther location Scarlet Violet – Scyther is a Bug Pokemon of the Flying Type that you will find in Scarlet and Violet. This Pokemon evolves into a Scizor whenever it is traded while having a Metal Coat. It can also evolve into a Kleavor while having the Black Augurite. It falls under the Bug Egg Group with a base friendship of 50 and a catch rate of 45. The Pokemon first appeared on the Sword & Shield, Brilliant Diamond Shining Pearl, and Pokemon Legends Arceus Games. So if you want to have this Mantis Pokemon in your Collection, then this article will be helpful for you. 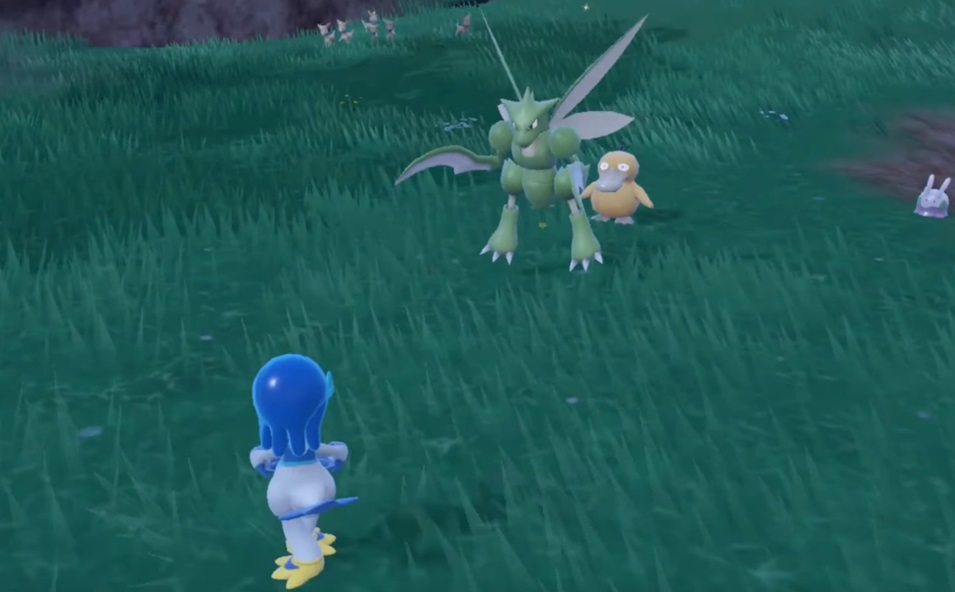 We suggest you look for this Pokemon in the Lake and Bamboo thickets, as it is more common in that area than the others. It can be found in habitats like the: 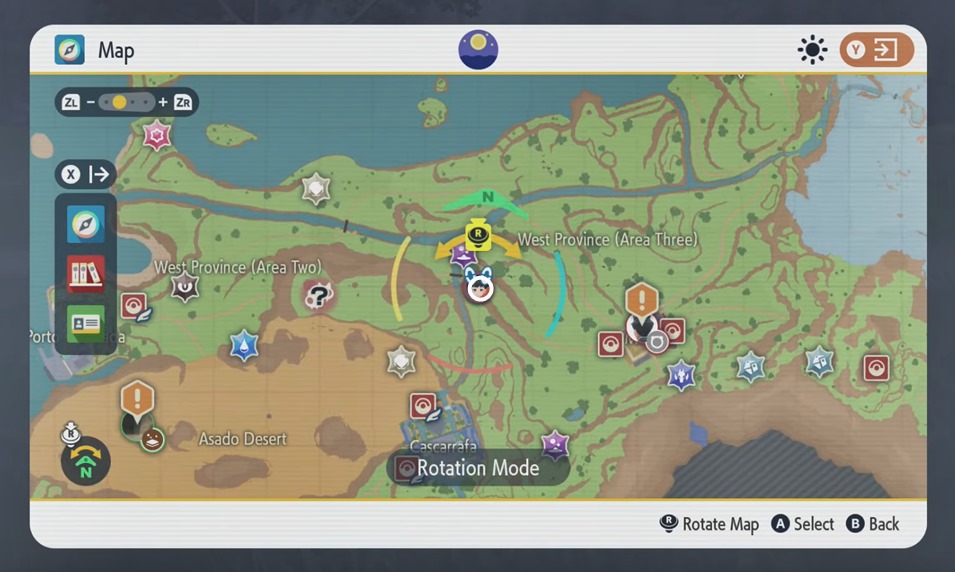 You will be able to get Scyther at any point time in the game in biomes like the:

Remember that the Shiny and the Regular versions of this Pokemon are available.

How to evolve Scyther in Pokemon Scarlet and Violet

You can check out my guide on how to evolve Scyther.

However, at the time of writing this article, your Scyther will not evolve into a Kleaver, and the only way to get that Pokemon is by transferring one of those from the older Pokemon Legends Arceus Game through the Pokemon Home when it is released in the Spring of 2023, i.e., in coming months. But generally, to evolve Scyther into a Kleavor, you need to have the Black Augurite.

How to defeat Scyther in Pokemon Scarlet and Violet

Scyther is a Bug/Flying Type Pokemon, and if you want to take it to a battle or if you intend to fight against one of those, then you should be aware of its abilities, resistances, and immunities.

Here are some of the abilities of Scyther:

The Scyther Pokemon is weak against:

It can be normally damaged by:

The Scyther is immune to Ground Type Pokemon.

The best nature, Scyther, is Adamant and Jolly. For Adamant, your Attack Stat increases, and your Speed Stat increases with Jolly. However, using them will lower your Special Attack Stat. Terastallize this Pokemon to get a 1.5x damage boost to all its Tera Moves. This Pokemon doesn’t drop any TM Materials.

Scyther is a very famous Pokemon and quite Powerful when properly trained and levelled up and because of that, farming for it is worth it.

So this was about How to get and defeat Scyther in Pokemon Scarlet and Violet.