Reviver Wonderlands – The most popular Looter-Shooter franchise is back. But this time, in the form of an RPG game. Tiny Tina’s Wonderlands is the latest Borderlands game, and it is finally available across all the major gaming platforms. Looking at the number, I would say that the game is performing decently. Of course, the player base is nowhere close to what it was when Borderlands 3 launched. But, as long as a game looks and feels like a borderlands title, the fans don’t care what the name of the game is. They will play it, regardless.

In this article, I am taking a look at the Reviver in Tiny Tina’s Wonderlands. Let’s check out what it is, and where you can farm for it.

Reviver is a Spell of the Legendary or Orange Rarity type in Tiny Tina’s Wonderlands. There are several variations of the Reviver, and the prefix and suffix of this spell will change depending upon the card that you get. It is a Conjura Spell, and it comes with only the Shock element. The specialty of this spell includes a Simple cast of Fire and Forget while healing the allies and reviving the downed allies.

This spell is basically a simple cast. You just cast it once, and it will call down a series of lightning bolts on the enemies from the sky, and the bolts can also hit the nearby enemies dealing them shock damage as well. You can use it as a damage spell, but this spell is mostly a Team spell because it automatically heals and revives any downed allies. Even if your allies are not down, you can cast the spell on them as well to heal them up instantly. Also, you have to be pretty accurate when using the spell on someone specific. Furthermore, keep a note that you cannot use the spell on yourself. It is not the best damaging shock damage spell that we have seen, and it should not be used like, IMO.

How to get Reviver in Tiny Tina’s Wonderlands

To get this spell you would have to head over to Dank Encroachment in Weepwild Dankness, and you have to run over to the marked location as shown on the map. It is a bit of a long run but not too far away. You will find a save station on the way, so you don’t have to walk down again just in case you need to respawn. The save station is not very far away from the boss’s location, so it is not an issue at all.

The boss that we are going to fight today is known as the Mushroom Healer, and he is the one who drops the Reviver Spell card when slain. And a really cool thing about farming this boss is that you don’t need to do any side quests to farm the Mushroom healer. 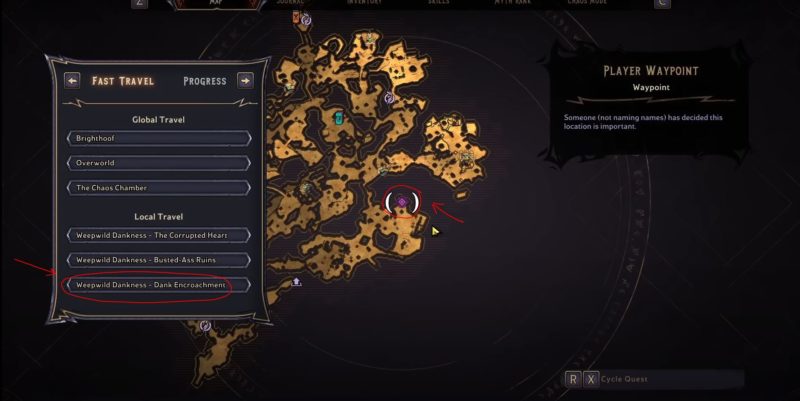 The Mushroom Healer is a Mushroom type of boss. You will find him when you are entering the Snot’s Pot area. He will first spawn on an elevated platform. Start shooting at him with your fire elemental weapon when he comes down from that platform. The boss is very easy to eliminate with a Fire weapon. Time your attacks perfectly and shoot him from a distance. There will be other mushroom type enemies like the Exploder Shroom, Shroomlets, and Firesploder Shrooms attacking you simultaneously.

These Shroom enemies are quite powerful and since they attack in groups it sometimes becomes really hard to tackle all of them at one go. Try taking these out as quickly as possible. Keep the smaller Shroomlets alive in case you need a Death-Save. Although not every run guarantees a Reviver it is quite easy to get if you are on higher levels. And also don’t forget to increase the loot luck before fighting the Mushroom Healer by finding all the lucky dices in the area to help you get closer to the chances of getting this legendary spell card. 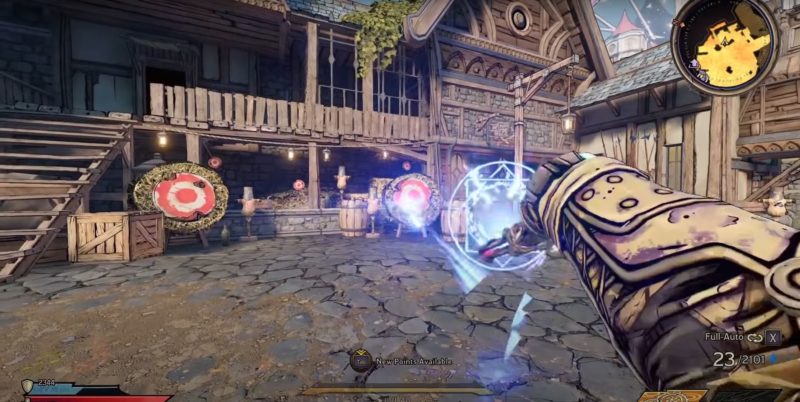