Quartz V Rising – In V Rising, you start your journey as a weak vampire, and with a lot of building, hunting, and conquering, you will finally climb your way up to the top level of the hierarchy. You are free to explore the massive open-world either solo or with a friend in the co-op mode. Furthermore, you can pillage villages, raid camps, and force your way into the different territories. Do whatever you have to do to climb up to the top.

V Rising came out just a few days ago, and even in its Early Access, the game is doing exceptionally well. It has already around 70k concurrent players, and the count is only increasing every minute. It has already gotten 4000+ reviews on Steam, among which 90% are positive ones. This means, we can safely say, that the game is already a hit.

Quartz is one of the most accessible crafting materials you would find in the game. Quartz is very easy to miss out on or overlook if you are not looking where you should be; you will soon need some but not get any. A quick thing to note is that every rock in the game contains a certain amount of quartz. But you will need a lot more to get going with crafting items. So this article will guide you on how to get or farm Quartz in V Rising.

How to get Quartz in V Rising game 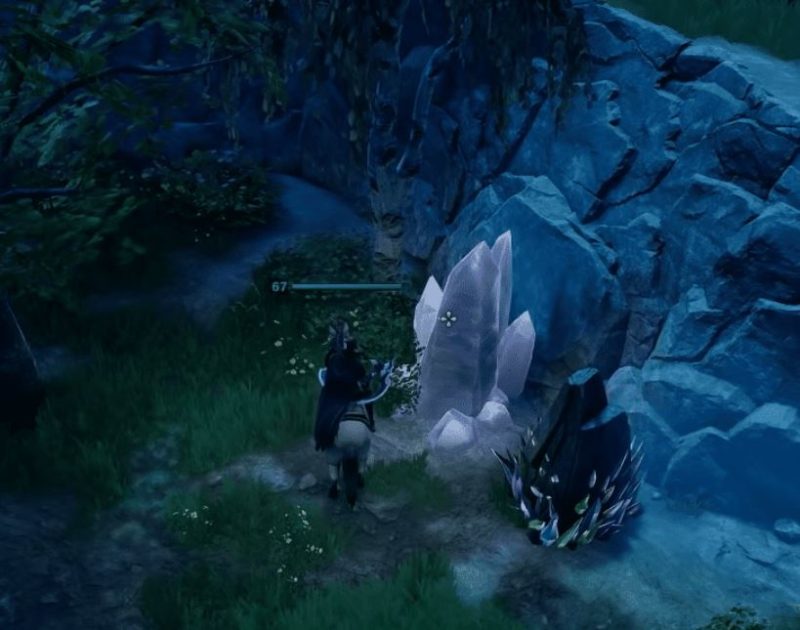 The best and fastest way to get Quartz is by harvesting its nodes. This harvesting method is also one of the most consistent ways of getting quartz in the game.

You will also find several nodes in the Silverlight Hills and the Cursed Forests. But unlike other games, this crafting material is not something that will stack up as you play.

You will be able to gather enough quartz when you are looting through the two villages (Dawnbreak Village and Mossiwick Village) and the Dunley Monastery. Try to hit all the nodes in the Dunley Farmlands to acquire and farm the maximum amount of quartz you want.

You can also speed up your farming process by borrowing a horse from the locals if you don’t have one yet. It is not necessary to make a farming route, but make sure you are hitting the quartz nodes whenever you are passing by while playing V Rising. Make a habit of farming regularly, and you won’t run out of Quartz, for sure!

So this was all about how to get and farm Quartz in V Rising.

If you think this guide helped you, let us know in the comment section below. Also, you can check out the other V Rising guides on Frondtech. Good luck!