Quagsire Location Pokemon Scarlet and Violet – If you are looking to fill up your Pokedex, dont forget to add the blue Quagsire Pokemon!

Scarlet and Violet is a Pokemon game developed by Gamefreak and published by Nintendo. It is a Nintendo switch-only game with a new storyline and lots of new Pokemons for you to capture, train and battle with. Although the game borrows the same mechanics from the previous Pokemon games, you have played.

Quagsire is a Ground/Water Type of Pokemon that you can find in Scarlet and Violet. This Pokemon is an evolved version of the Wooper, and it falls under the Water 1 and Field Egg Group. The pokemon also appeared in older Pokemon games like Sword & Shield and Brilliant Diamond & Shining Pearl.

So this article will guide you on how to get Quagsire in Pokemon Scarlet and Violet.

How to get Quagsire in Pokemon Scarlet and Violet

You will be able to get Quagsire as it evolves from the Wooper Pokemon once it reaches level 20. Remember that there are two different types of Woopers

The Quagsire evolves from the Level 20 Wooper. The Paldean Wooper, on the other hand, will not evolve into a Quagsire; instead, it will evolve into a Clodsire. Quagsire is the Johto form of the Clodsire that evolves from a Johto Wooper. The Clodsire and Quagsire look somewhat similar, except that Quagsire is blue in colour and can stand on two legs, but its Paldean version is brown with spikes on its back.

You won’t be able to get Quagsire in Paldea, and the only way to get the Quagsire is by evolving a Whooper. If you have a Paldean Wooper, you can trade it with a woman in Cascarrafa in exchange for a blue Wooper. This is the exact location of the Woman in Pokemon SV. 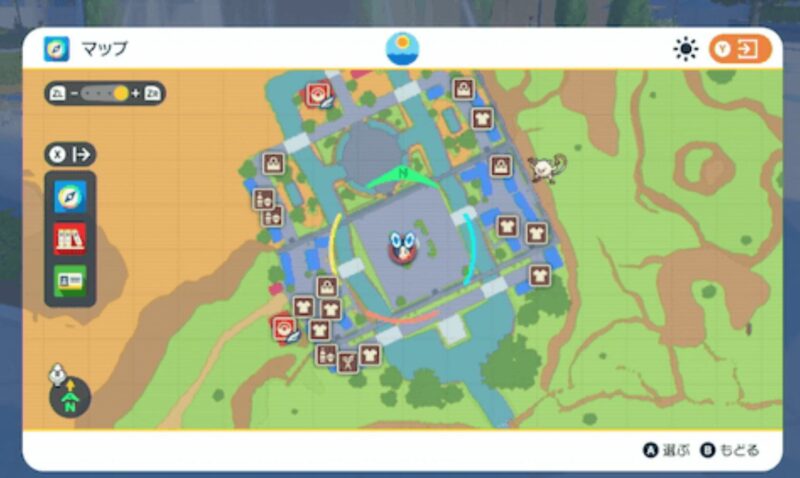 Once you meet this woman at Cascarrafa, trade with her and she will give you a Blue Wooper. 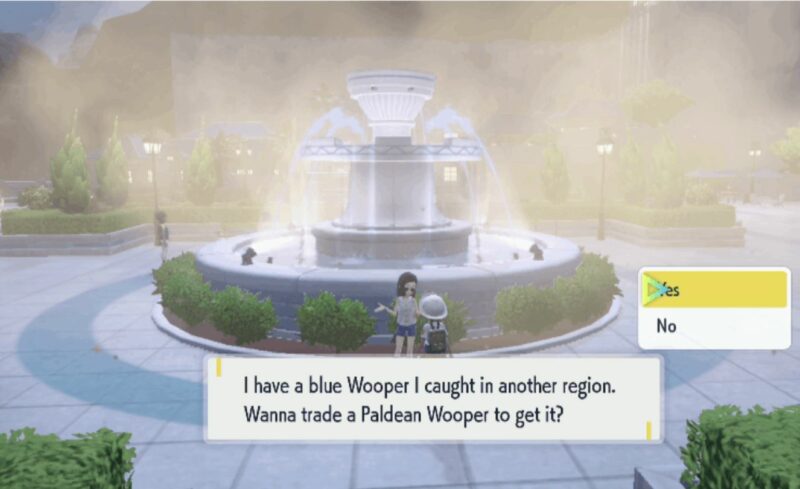 If you are wondering where to find a Paldean Wooper, look near the lakes and ponds. The Paldean Wooper is brown so that in can stay camofloauged with the ground. Look carefully and you can spot one. As soon as you get it, trade it for the Blue Wooper and train it and take it to battles. As soon as her Level reaches 20, it will evolve into a Quagsire. Right now this is the only way to get this Pokemon.

How to defeat Quagsire in Pokemon Scarlet and Violet

Quagsire is Water and Ground Type of Pokemon and if you intend to take it to a battle or if you are fighting against Quagsire, make sure you are aware of its abilities, strengths and weaknesses.

So, there are three two prime abilities of Quagsire out of which one of them is hidden. These are

Quagsire is weak against Grass Pokemons and grass attacks. You will be able to normally damage Quagsire if you possess the following type of pokemons or attacks

Quagsire can also resist to attacks or pokemons like Fire, Poison, Rock and Steel. And it is Immune to Electric. The Quagsire falls under the Water Fish Pokemon Category while having a catch rate of 90 and a Base Friendship of 50.